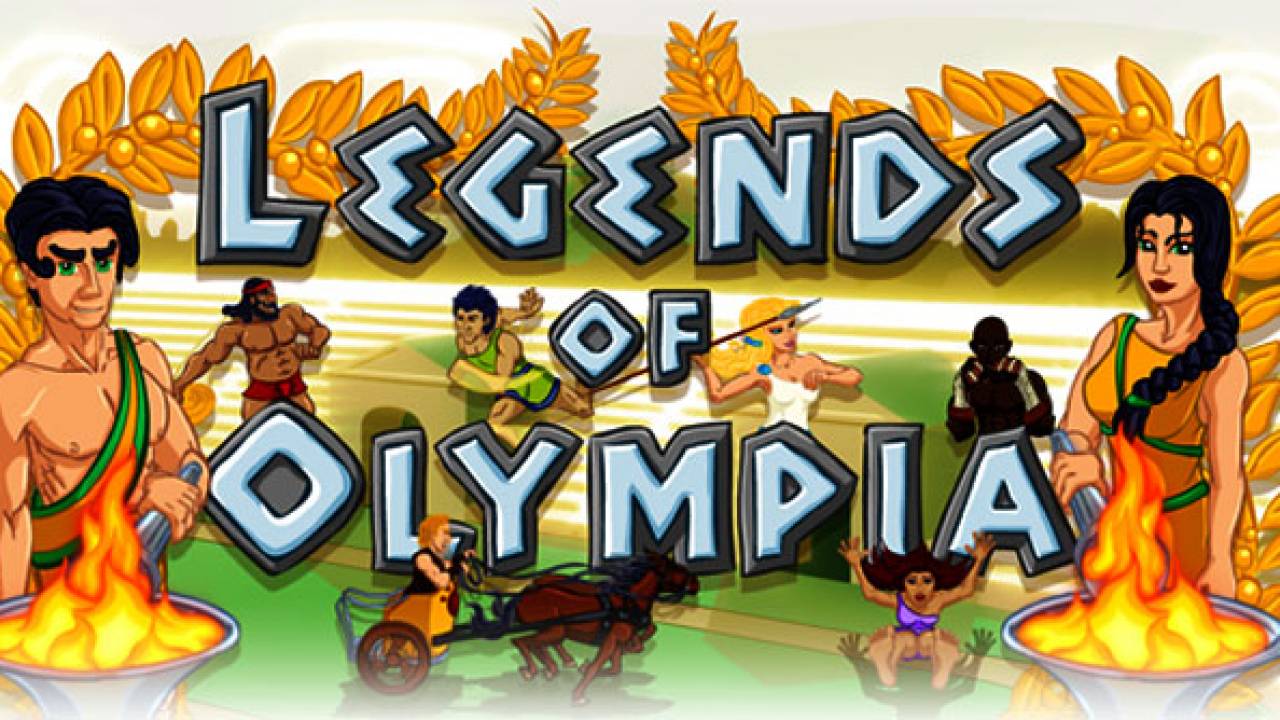 Step back into Ancient Greece to the formation of the Olympics. Plenty of legendary sports are namechecked here, as well as the ancient classic, chariot racing, in this classical take on a modern online slots game, available to play on a Mega Reel free spins promotions casino.

Right from the outset, the music in this pay by mobile slots game grates. It features heavily compressed digital horns which, while the melody has something going for it in its grandness suited to the Olympia, Greece setting, is rather grating in its poor execution and sound quality.

The symbols that you will see while spinning the slots are a combination of ancient medals and Olympic characters. It is rare and very refreshing to see that there are no lazy numbers or letters for any of the game’s symbols.

The low value symbols in this slot are bronze, silver and gold medals, each adorned with the face of a noble king or queen from the era. Additionally, there are symbols of a stadium and a ceramic pot whose design appears to be far more Egyptian in nature than ancient Greek!

As well as these symbols, the higher value icons depict characters playing ancient Olympic games. There is a long-jumping woman, long hair flailing in the wind as she leaps forward with her purple costume. An attractive blonde pulls back her throwing arm, ready to launch a javelin.

A bald man steadies himself, fists up, ready to box with rudimentary padding. A curly mop and a cheeky grin features on the man holding the reins, ready to go for gold in the chariot race. A (surprisingly) blue-haired man is in mid-sprint while a bearded man with a red bandana stands in profile ready to throw his heavy discus as far as his strength will carry it.

The WILDS in this online slots game feature a man and a woman holding Olympic torches. These appear on the 2nd and 4th reels respectively and they become expanding WILDS in a nice animation of torch lighting that makes the WILD fill the whole height of the relevant reel for a brilliant chance at making matches.

A golden wreath features as this slots SCATTER symbol and its appearance in groups of 3 or more are what will trigger the free spins bonus round. 10 spins are awarded for a match of 3, 15 for 4 and 20 free spins are granted if 5 golden wreath SCATTERS appear. Double points are available for all winning combinations during the free spins round. 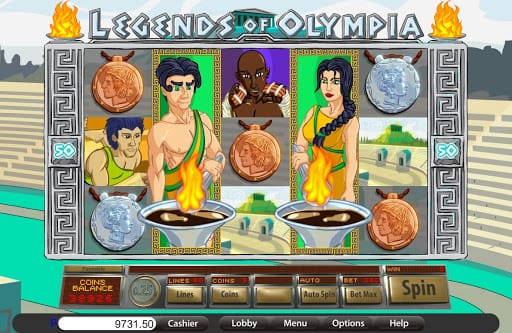 Legends of Olympia is an unremarkable casino game marred by ugly visuals and irritating music. It’s a shame as its chosen theme of ancient Olympia featuring many of the iconic Olympic games we know and love today is a great idea. If you enjoy this, you may also like Legend of Loki slot.