Play with Norse Gods in Legend of Loki free slots from iSoftBet. Along with some familiar faces such as the mischievous Loki, the mighty Odin and the female warrior, there’s plenty of references to Norse mythology for the fans.

With some great features and massive wins, this is a great game to charge to victory. For more free casino games follow the above link!

iSoftBet are all about creating beautifully simple games without foregoing on all their excitement, intrigue and originality. They offer a wide range of games for everyone, from branded titles such as Paranormal Activity and Nacho Libre, through to more traditional table games such as Poker and Blackjack.

Check out some of their great games that you can find slots deposit by phone bill such as the football-themed Hot Shots or the dazzling Neon Reels.

Learn more by continuing to read our review. 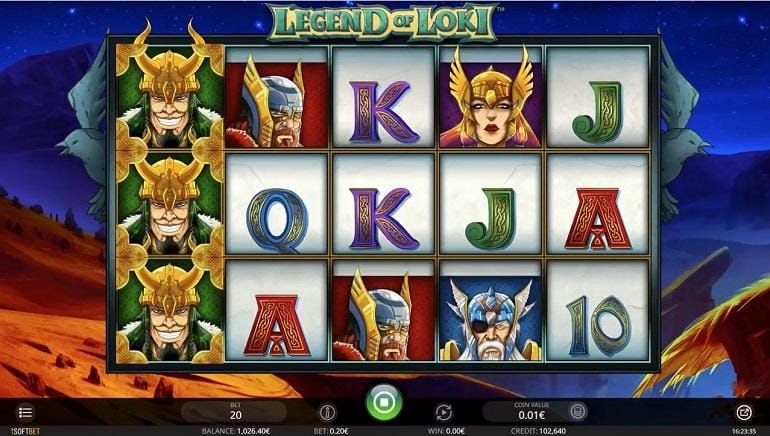 A desert under the starry night sky provides the backdrop for this game. With bold, enticing cartoons of the Gods, much like you would find in the Marvel comics, this game is certainly very eye-catching and immersive.

The range of symbols in this game is fairly small. The standard card deck symbols such as numbers and the Jack, King and Queen provide the smallest payouts whilst the depictions of the Greek Gods pay out up to 25x your stake if you’re lucky enough for five of him to appear in a row.

Some of the game’s standout features include:

* SCATTER – this is the green orb encased in a golden frame. Rewards will be granted when you score 3, 4 or 5 of these on the reel, with 5 of them awarding 10x your stake. In addition, 3 of these together will trigger the free spins round.

* WILD STRIKE - keep an eye out for Loki and his sceptre as he can appear at any time on the reels. With a wave of his magic wand, he can add sticky wilds across the reels, resulting in more winning combinations.

* STORM SHOWER – watch for this additional feature that can change your fortunes. Lightning bolts will strike the reels from time to time and convert symbols into ones which will help you win.

* STACKED RESPINS – keep your eyes peeled on reel 1, as matching symbols will appear here, leading to them becoming sticky whilst you play the rest of the reel.

* FREE SPINS – bag an extra 10 spins with the scatter symbol. Before the round starts, one of the random symbols will become sticky and will hold its ground whilst the reel spins. This is also the round where you can snap up some of the big wins. 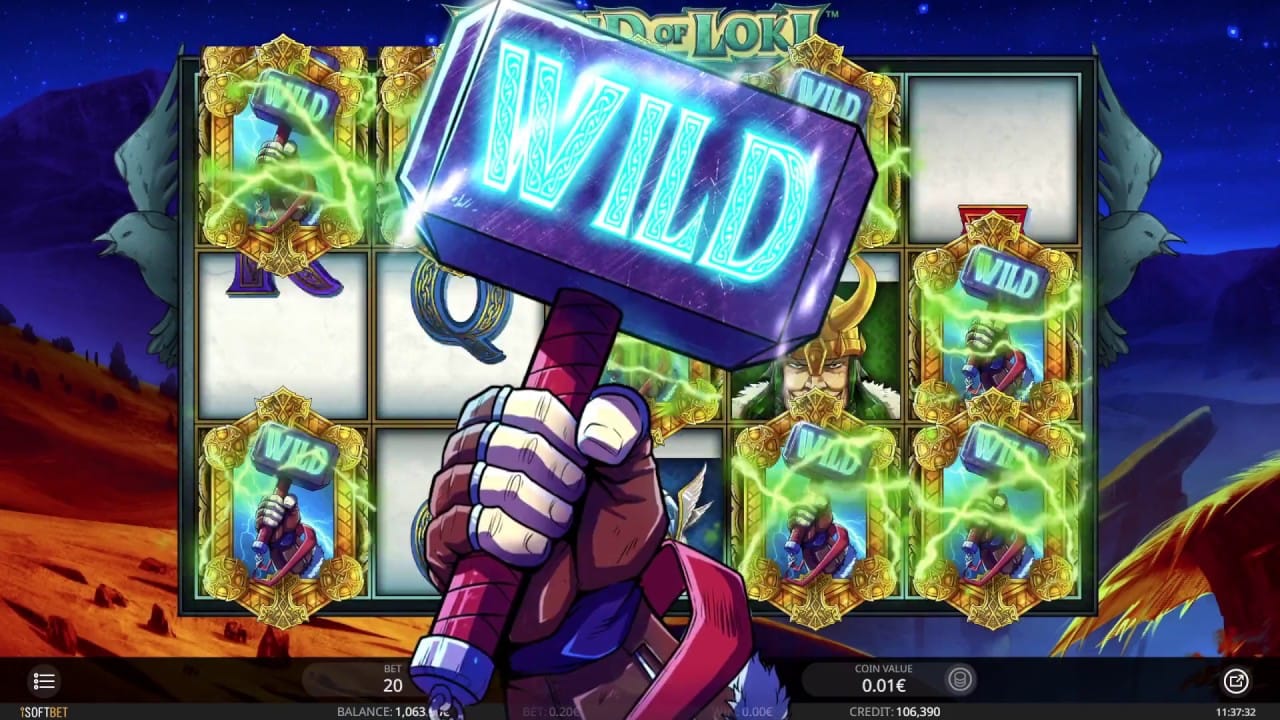 Legends of Loki is a visually arresting game that takes Norse Mythology and brings it into the 21st century with some fantastic features that allow for some big wins.

With striking graphics and an ever-popular theme, it’s a another great slot from iSoftBet. If you enjoy this one, why not also check out Lake's Five slot?