Grab your spellbooks and wands and get set for the adventure of a lifetime as you hunt down an evil Archmage and take his vast treasures for yourself in this magnificent mystical game from Yggdrasil on https://www.megareel.com. 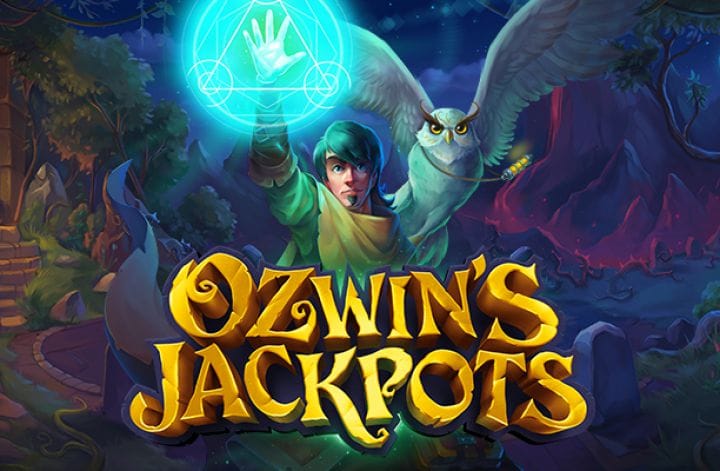 First founded back in 2013, Yggdrasil are a small Malta based team that are relatively fresh-faced in the online casino industry.

But that hasn’t stopped them from becoming incredibly popular as all their slots so far have been of a surprising high-quality. Their games are creative and their animations are on par with some of the best CGI movie studios around the world.

If Ozwin’s Jackpots has caught your attention and you’re interested in seeing what other amazing slot games this studio has to offer, then we recommend you check out some of the titles that we’ve listed below: 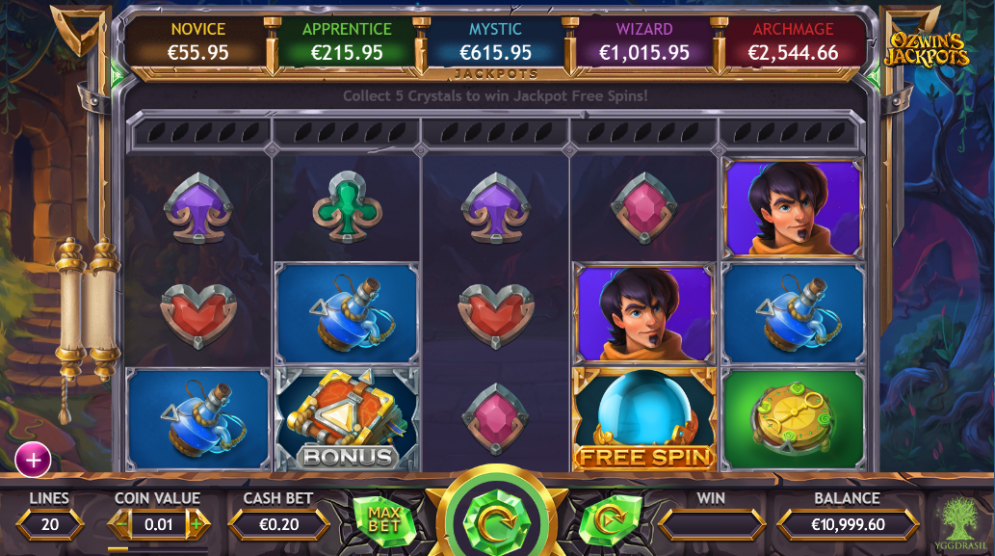 Starting up with a cutscene that looks straight out of a Pixar fantasy movie, Ozwin’s Jackpot’s really sets the bar high in terms of slot game design as it’s of an incredible high-quality.

A fantasy realm of magic and mysticism stretches far off into the background behind the slot. A forest filled with strange creatures beckons you on one side whilst an imposing volcano that could be the lair of the evil Archmage spews fire on the other. Then when you combine this with the reels themselves that are laid out to look like some sort of magical artefact you have a stylish slot that will grab your attention and constantly amaze you with its graphics as you play slot game.

A swelling orchestral fantasy soundtrack blares at you making you feel like a real adventurer in some far off land as you spin the reels that are jam packed with various mystical items like potions, wizards and amulets.

Speaking of the reels, Ozwin’s Jackpots has some unique bonus features that we suggest you take some time to become familiar with:

• FREE SPIN BONUS: Land at least three of the Free Spin SCATTER orbs during normal gameplay and you will unlock 10 free spins. All your wins during this are tripled and you can collect crystals to earn spins and orbs to unlock a jackpot prize.

• SPELLBOOK BONUS: Hit three Spellbook SCATTER symbols to trigger the prize pick minigame. During this round you choose books and under each one is either a cash prize, crystals or other special rewards.

• JACKPOT PRIZE: There’s five different jackpots to win and they have different levels. The levels are novice, apprentice, mystic, wizard, Archmage and each one has their own cash prize. You can win one by either earning crystals or orbs matching their colour. 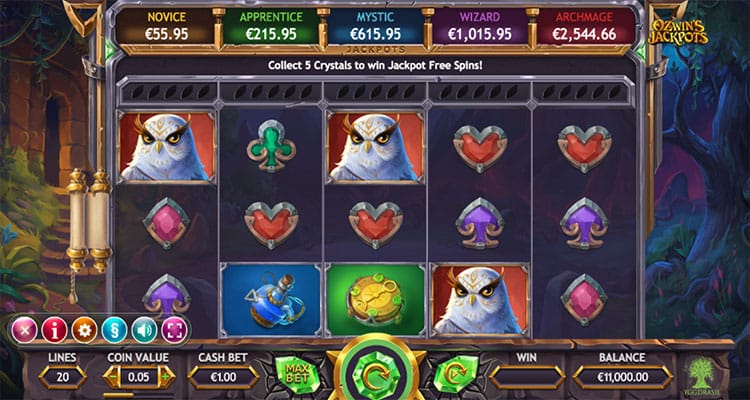 Overall, we really enjoyed Ozwin’s Jackpot’s. The design is superb and incredibly detailed, and their bonuses are inventive and offer enough incentive to keep playing to win one of those huge jackpots. If you like magic and mysticism as well as fun bonuses, then this is one slot we recommend checking out.