A new release for Mega Reel daily spins casino, having launched in March 2020, Golden Cryptex online slot is an epic adventure of a slot game set in five reels and three rows. With three pay lines, the reels make up exactly what the Cryptex is, complete with an ornate golden trim and the middle row is marked out by the arrow.

With Golden Cryptex, even the positions above the reels are involved with the main feature of the slot game. Apparently the word cryptex itself comes from the author Dan Brown and it’s a kind of mechanical puzzle which hides messages through its clever design. It is to this theme the Golden Cryptex slot game is set within.

Released by Red Tiger Gaming, Golden Cryptex slot is one you won’t want to miss out on. With some epic features and bonuses, Golden Cryptex offers up some brilliant perks alongside excellent gameplay and a fun overall experience. This online slot has more to offer than most with a great storyline alongside the experience.

This free casino games online developer is all about making their products in line with the “science of fun”. Red Tiger Gaming was founded in 2014 by a team of industry veterans, and as such this brilliant games developer has one of the best track records of casino games found across Europe and Asia.

With a wide ranging portfolio to showcase, you can find plenty of Red Tiger games to play at Mega Reel. Red Tiger Gaming strives for epic games alongside mathematicians, graphic designers, software developers, audio engineers and gambling experts to bring only the best slots to the online casino games table. 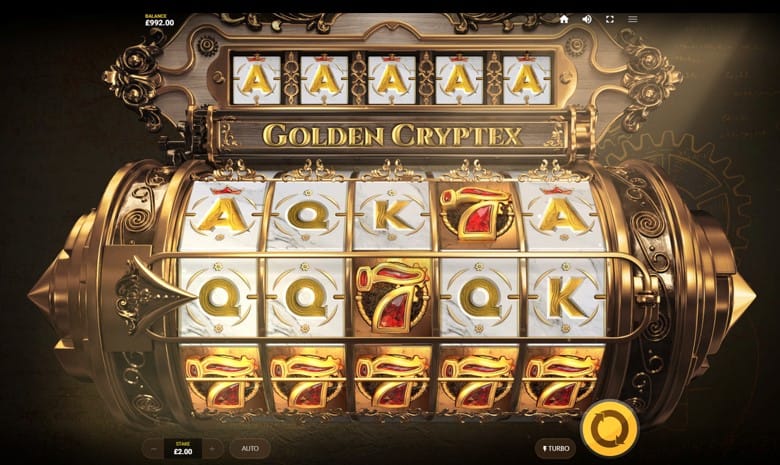 Golden Cryptex online slots pay by mobile has a lot to offer in terms of gameplay, and there are a number of symbols you’ll want to look out for, albeit a little limited. With the high value symbols, watch out for the jewels, red seven, the bell, the star and the horse shoe.

Like with all slots at Mega Reel, you can find the low value symbols in the form of a suit of cards including 10, J, Q, and A. While you will want to nab the high value symbols, the low value ones can still get you some decent prizes so watch out for those.

Strangely enough, there are no special symbols we can mention to watch out for in the Golden Cryptex slot game. But, the gameplay and rest of the symbols more than make up for this, and there are still some bonuses to take advantage of regardless of the lacking special symbols.

There are a number of free spins and bonuses to play for in the Golden Cryptex onlineslots game, to get them. Land five aces in the middle row and you land the golden spins feature. The spins begin with the code at the top replaced by a horseshoe, which is the lowest of this game’s high value symbols.

With this, all rows are now eligible to pick up horseshoes and when this symbol appears on all the reels you can count the code cracked. The pay out for that symbol will then have been won when this happens and even more spins are awarded. Symbols are yet again upgraded and this continues through the star, bell and red seven.

This is where the game makes up for the lack of special symbols, in addition to its great gameplay. There’s also the second chances feature which occurs when three or four aces land on the middle row and a resin happens. If a final one or two aces land, the feature is then triggered. The golden pointer feature is also another to get, which allows for a second chance spin. 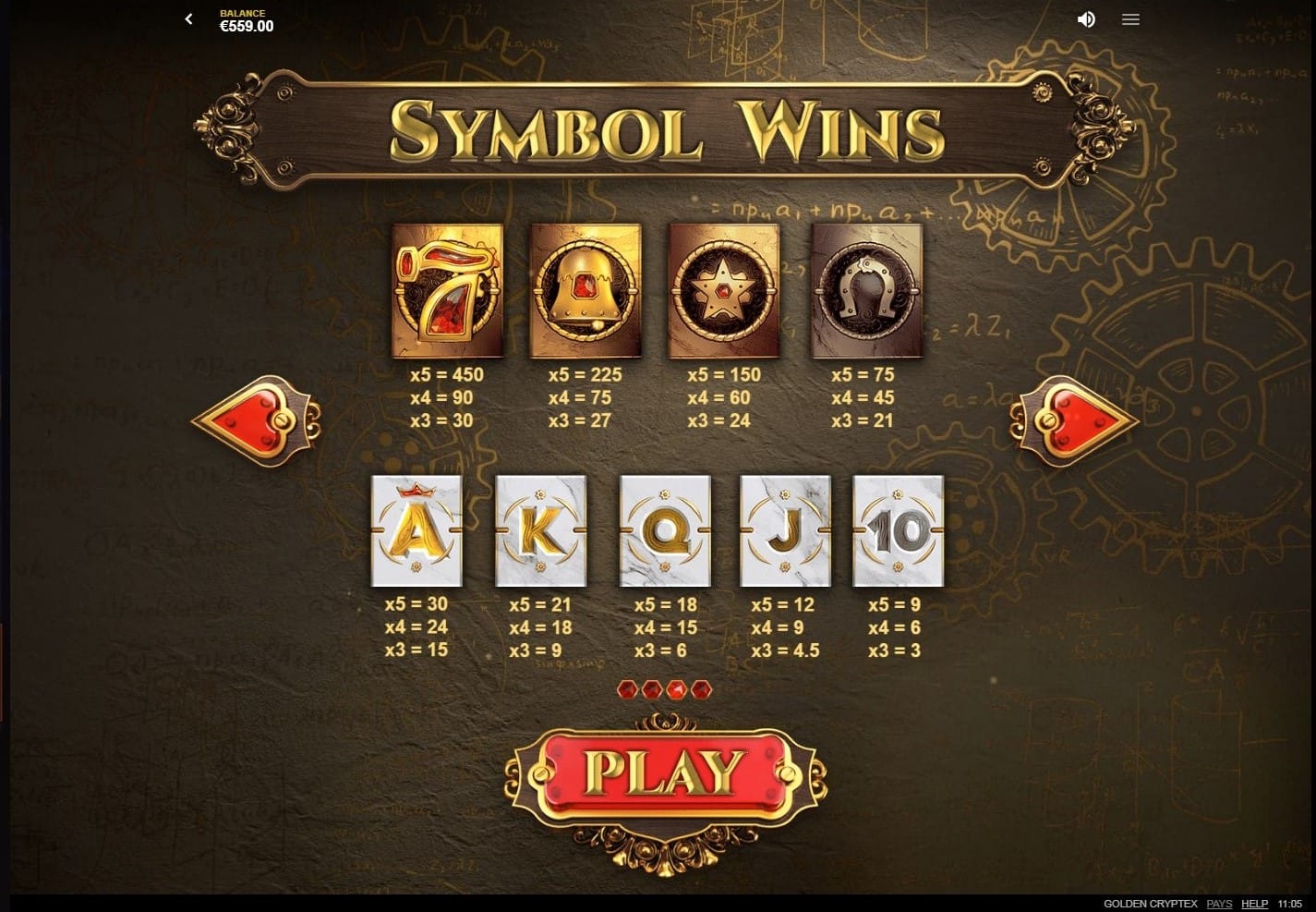 Golden Cryptex at Mega Reel is a clever slot game that you will want to play and make the most of. It’s got an extra bonus to it too as it looks great as well, while it’s tricky to hit those golden spins it’s worth it. When you do trigger them, the rewards are potentially epic. Why not try Golden Cryptex or the Fox Fire slot for yourself at Mega Reel today?