The theme of an Oriental slot game is a popular and Emperor's Garden is the latest addition by NextGen Gaming. This is a visually stunning game which sets itself apart from other similar themed games and takes you to a peaceful Japanese garden which makes for easy playing.

Emperor's Garden consists of 25 pay lines and 5 reels and there are a mix of Asian themed symbols which make winning combos and can lead to some fantastic cash prizes which will keep you coming back for more! Find out more about Mega Reel freeslots today.

NextGen are big players in the online casino industry, having been established right at the very birth of the online casino all the way back in 1999. They have headquarters all around the world, in London, Stockholm and Sydney, serving a worldwide marketplace with high-quality, innovative software solutions for both online and land-based casinos.

They aim to provide a highly enjoyable customer experience with each one of their games and ensure only the highest quality of graphics, animations and of course, the best pay-out features. NextGen licenses a lot of their slot games to other software providers, so the chances are if you have ever played online slots before, you have probably played a NextGen slot game.

Some of their most popular game titles include: 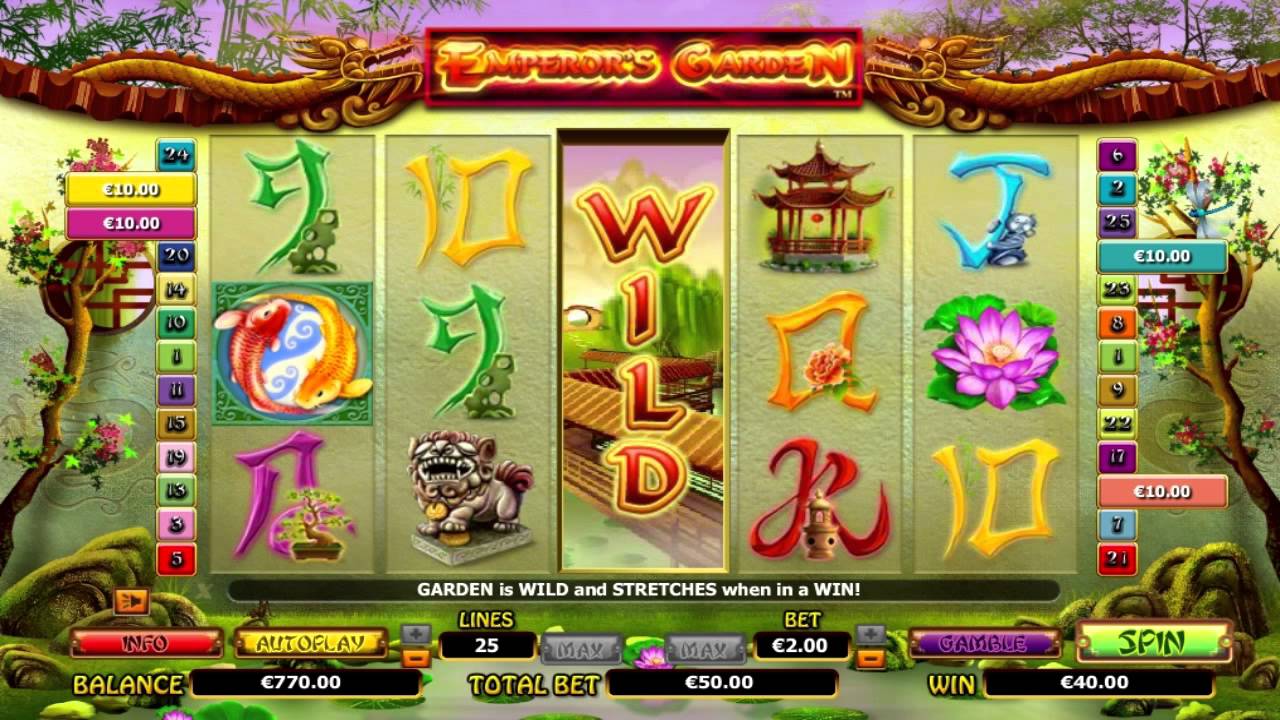 Emperor's Garden has variable pay lines which allow you to tailor your bet amounts and structure, and you can play on any of your favourite devices from as little as 1p per spin or as much as £50.00 per spin on mobile phone slots. Play per spin or use the Autoplay feature to keep playing for an extended period of time.

The symbols are also Asian themes and they include brightly-coloured Asian symbols and Poker card symbols. The poker symbols make up the lower value symbols on the reels, and the Oriental themed symbols are higher in value, and include the lotus flower, temple, dragon and emperor.

The Garden symbol is the Wild for this game and it can only land on reels 2, 3 and 5. When it lands, it will expand to fill up the reel and make more positions wild to help make more winning combos. 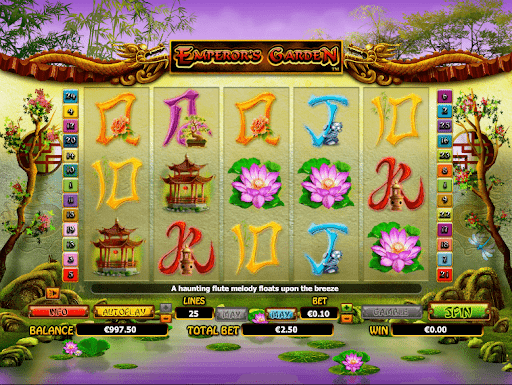 The Emperor's garden online slot also has a Scatter symbol and this takes the form of the Koi Carp. When this symbol lands in any position on the reels it will offer a pay out and trigger the bonus feature:

Emperor's Garden is lots of fun to play and gives you plenty of chances to trigger fun bonus features and the chance to get some great cash prizes, so start playing today! If you enjoyed Emperor's Garden try Emoticoins slot