Fitting in perfectly with how we communicate in the modern world, Emoticoins is a 5-reel onlineslots based on some of the most popular emojis. With the recent release of the Emoji movie, Microgaming found a gap in the market for an emoji-themed slot to entertain and appeal to new players.

Emoticoins slots game has a 5x3 board format with around 30 fixed pay lines on offer. Don’t worry because you won’t have to constantly stare at the same winking and smiling faces as there are Wild Blast symbols and a Free Spins feature on offer. Hopefully, the emojis are not the only ones with smiles on their faces after real money spins. Learn more about EmotiCoins slot game and other Microgaming slots on https://www.megareel.com.

How to Play EmotiCoins Slot

Emoticoins slot isn’t blessed with brilliant graphics or animations, but the fun emoji symbols and bonus features are enough to warrant playing EmotiCoins mobile slots game. As for the base game symbols, you’ll be pleased to see the smiling sunglasses, kissing, tongue out and winking emojis. The rest of the base game comprises your standard playing card symbols, such as T, J, Q, K and A.

The WILD BLAST feature and FREE SPINS bonus are where you’ll make the majority of your bigger wins when playing this slot. Take a look at what you can expect from activating these features: 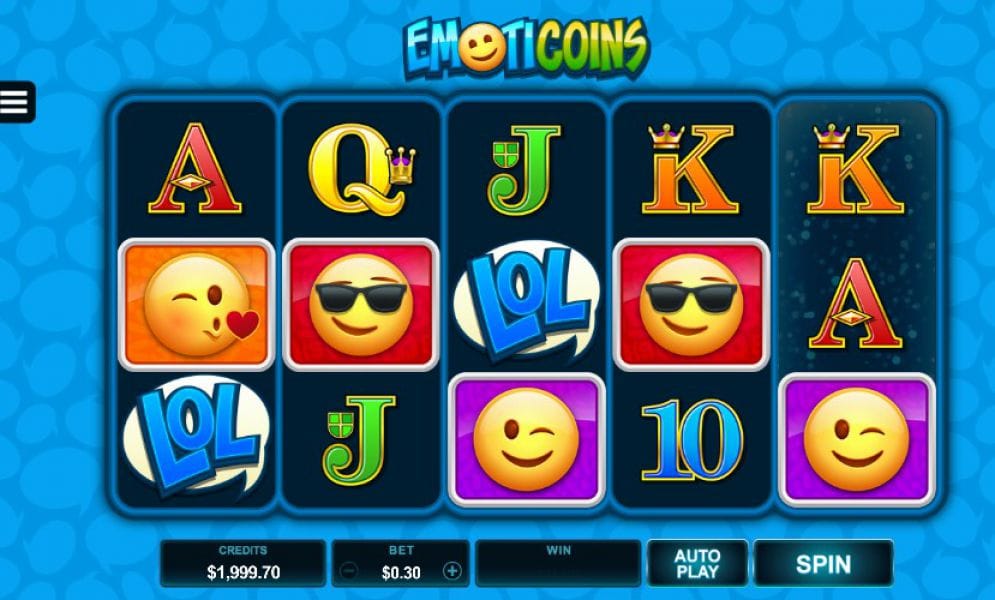 Microgaming: The Developers of this Slot Game

Microgaming is, without doubt, the most decorated software provider in the online gaming industry. They’ve developed the best games for the most popular online casinos for more than two decades and have taken gaming to a different level.

After their foundation in 1994, Microgaming quickly became one of the industry leaders and surpassed their competitors with fresh ideas. The evolution of online slots has a lot to do with Microgaming and how it found new ways to innovate and entertain its players. Their collaboration with Mega Reel has made it possible for players to enjoy Microgaming games such as EmotiCoins on its platform.

If you’ve played Microgaming's EmotiCoins slots before, you’ll be aware of some of their other great titles, such as: 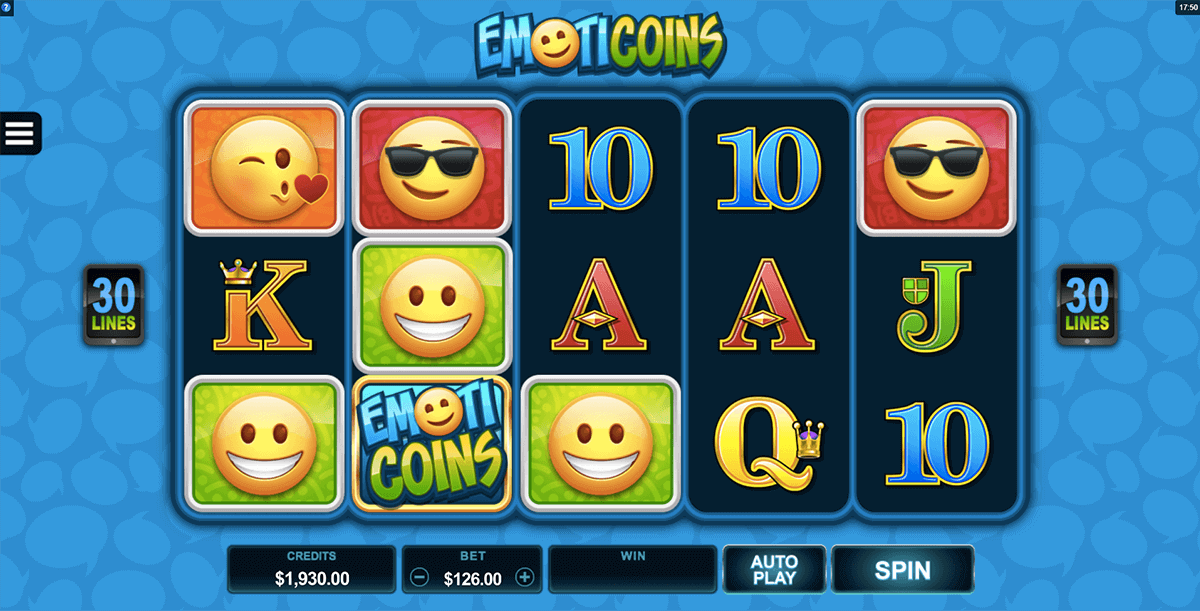 Emoticoins slot is not the best slot in the world, but it isn’t the worst either. The animations and graphics are slightly basic, and there could be more emojis in the game, but there are certainly some good bonus features within this slot. Emoticoins is undoubtedly a fun game to play for beginners, and the fast-paced action is perfect for players looking to veer away from high-variance games.

There are also other games with a similar theme to EmotiCoins slot game, such as: