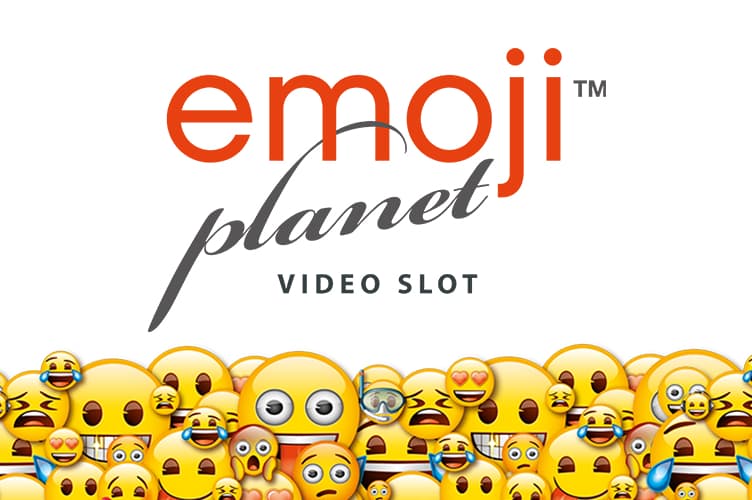 Emojis are used in real life conversations on a daily so it’s no surprise that there’s an Emoji Planet on-line slots by NetEnt honouring emoji culture. This is a 5 reel, 6 row slot with a cluster pays mechanism. The game has an Avalanche feature which gives consecutive wins from each cascade.

This slot has different Emoji features activated when you fill up a meter which matches with a particular emoji. Prizes up for grabs include sticky wilds, cash, 3x3 overlay symbols, stacked wilds and more. There are wins of up to 5,000 times your stake on each cascade!

Start your stakes from 20p to £200 per spin on all devices. Claim free spins here to discover more about our site and what we have to offer.

NetEnt was initially known as Net Entertainment. It’s a company based in Sweden and was established in 1996. NetEnt is one of the most successful internet casino software providers.

It was the first to develop Java based internet casino software, but later moved to HTML5 to improve device compatibility. NetEnt casino software is used by over 300 fully licensed portals. Check out free casino games today by NetEnt! 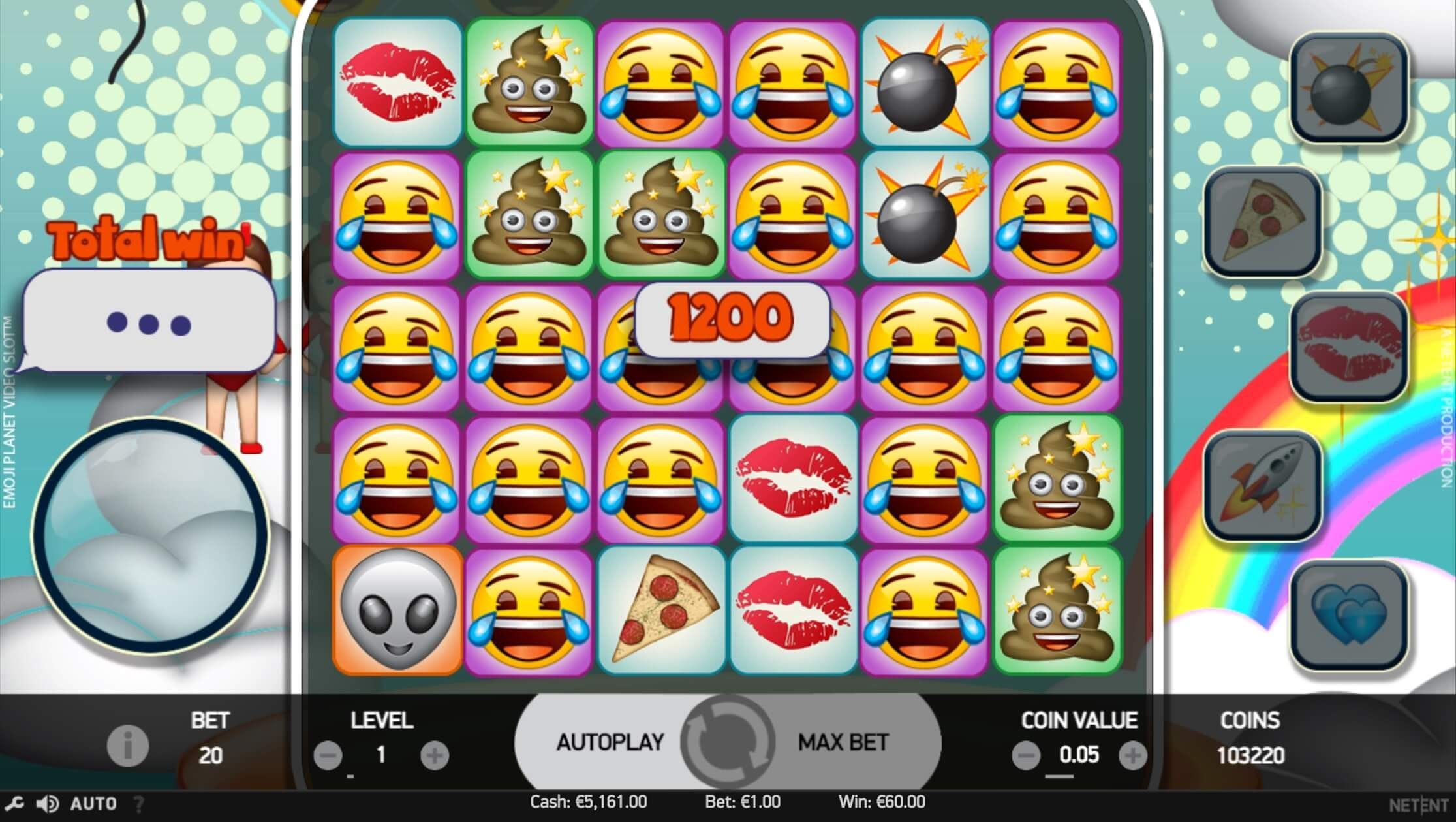 The Emoji Planet slots for mobile game is obviously based on emojis. The game symbols are represented by 8 emojis; kiss marks, pizza slices, 2 hearts, bombs, poo, aliens, rockets and smiley faces. The highest paying symbol is the smiley face, which pays 500x your bet if you land 30 on the reel.

• Wild symbol - The star wild symbol can land anywhere on the reels and replaces all the icons.

• Avalanche feature - Here symbols fall into place instead of the traditional spinning of the reels. Winning combinations are formed through matching a cluster of 5 or more icons. The more symbols you match, the bigger your wins get. When you form a cluster win, the winning icons explode and vanish. This creates space that is then populated by new icons. That’s what is referred to as an Avalanche. Sometimes the new icons that land can form a whole new cluster and they cycle continues giving punters a chance to form win after win.

• Emoji Meters - There are 5 of them; the Two Hearts Meter, the Rocket Meter, Kiss Mark Meter, the Pizza Meter and the Bomb Meter. When a symbol is destroyed, the Emoji Meter that matches that emoji fills up 1 space higher. When 12 spaces on the meter are filled, the corresponding Emoji feature is activated. You can track your progress by looking at the sticker on each of the Emoji Meters. Your goal should be to fill the corresponding meter on every spin. The Emoji features are as follows;

- Bomb feature – 8 random icons are destroyed and a cash prize is awarded at random. It can range from 5 to 100x your bet for each symbol that you destroy. -Pizza feature – when it’s activated, a 3×3 overlay of a randomly chosen icon except the scatter appears on the reels randomly.

- Kiss Mark feature – 3 sticky wilds on the reels randomly and stay in position. Each of the sticky wild has 3 lives. When you form a winning combination with 1 of them, it loses 1 life. This means each sticky wild gets you 3 wins.

- Rocket feature – a stack of 10 wilds appears on top of and above one of the reels with a winning combination. In the next Avalanche new stacked wilds keep landing on the reels until they run out.

- Two Hearts feature – this feature will only activate at a point when no more winning combinations can be formed or no more Emoji features can be triggered. Your overall win amount depends on how many times this meter fills up +1. 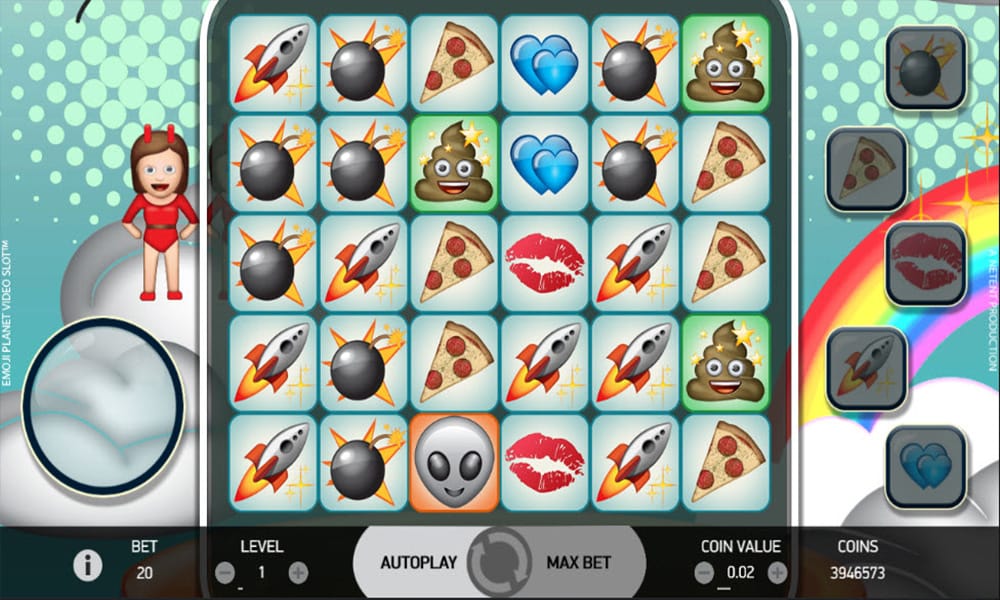 Emoji Planet is a fun and entertaining slot with a lot of action. It is easy to master and the wins can go up to 5,000x your bet on each Avalanche. The variance stands in the middle and offers good wins during the main game thanks to the Avalanche feature together with the 5 Emoji features. If you enjoyed Emoji Planet why not try Elven Magic slot