Berryburst takes the form of a traditional 5 reel daily free spins Mega Reel game. It adopts a cluster pay game system which means that there are many opportunities for big wins in this online slot game. Players can gamble from as little as ten pence a spin which makes it a good option for many, although not as appealing to those wanting a penny a spin!

The theme is uplifting and is a transformation of the traditional slot machine that uses fruit as symbols. This sense of nostalgia goes a long way for players who do not want to be overwhelmed by dramatic and outlandish themes that involve high measures of commitment. This best online slots game is developed by the Netent team who have done their best to create a simple theme that is injected with bonus elements such as re-spin features and wild symbols.

Netent are based in Sweden and were founded in 1996 since then they have proved themselves as producers of high quality, online casino developers. They are known for being amongst the first to produce software that uses HTML5.

The company is currently developing on their mobile gaming works. Here, they demonstrate their ability to play around with simplistic theming in a creative manner in their slot games. 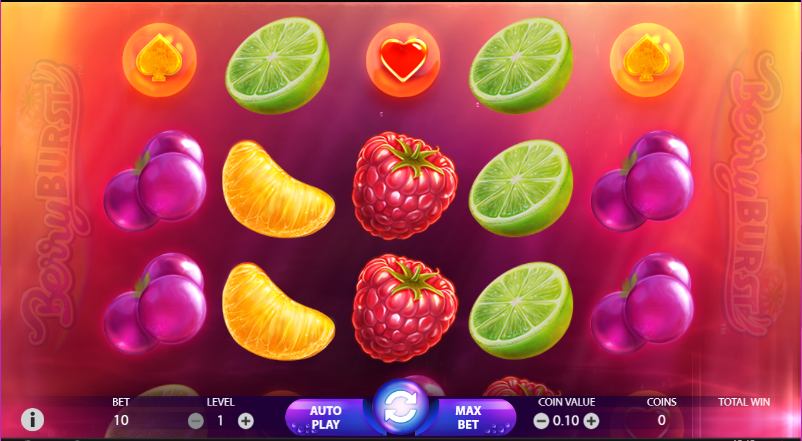 Berryburst is a 5 reel, Cluster Pays slot machine from Net Entertainment that can be played from 10p to £200 per spin on all devices including smartphones and tablets. Based on an ice cold refreshing drink, this summer themed offering comes with expanding wilds which then activate re-spins.

Berryburst has fantastic graphics and an upbeat soundtrack – set inside an ice cold refreshing fruit drink, it has a summer feel to it. Symbols on the reels include hearts, spades and diamonds set inside bubbles as well as limes, berries, orange slices and raspberries.

As a Cluster Pays slot, you need to form clusters of 5 or more symbols to win – the raspberry is the most lucrative symbol giving you 500 times your stake for 15 or more on the reels.

Berryburst, like Starburst, is all about the wild which is represented by the ice cube – substituting for all symbols and appearing on all 5 reels, the wild will expand when it appears on any reel and then triggers the Re-Spin feature.

The expanded wild remains in place with the reels respinning – if 1 or more wilds land, you will benefit from an additional re-spin. This could lead to 5 reels being fully wild which will pay you 500 times your stake. If you’re lucky, continuous re-spins can lead to wins of 1,868 times your total stake.

Clicking here now for the very best of mobile slots! 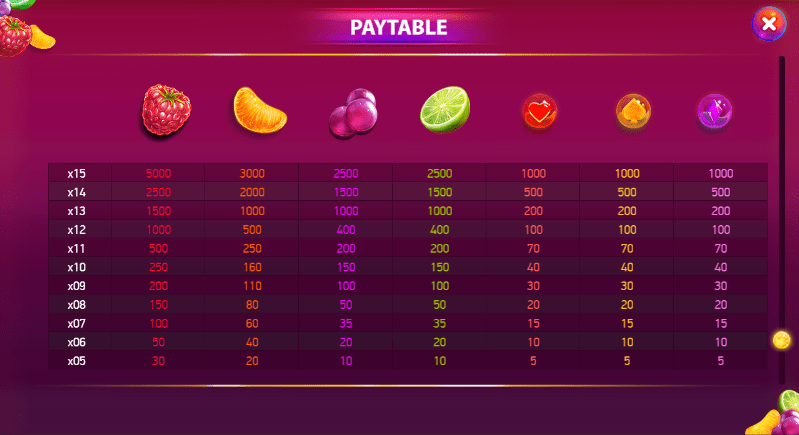 Berryburst is a typical Cluster Pays slot from NetEnt which has elements similar to the iconic Starburst – it’s a pity there’s no free spins feature but the possibility of 5 fully wild reels is exciting.

Colourful and fun, I’m not sure it will be as popular as Starburst but it has a bigger maximum payout. Overall, a decent offering from NetEnt that is sure to always go down smoothly in the summer. If you liked this game, why not also give a try to Beowulf Slot.