Have you ever heard of the legend of Beowulf? If you have then you will really enjoy this thrilling Mega Reel game from Quickspin as it brings the story of this ancient hero to life. An epic adventure stands before you but instead of fighting the dreaded Grendel and the ferocious dragon as our hero once did.

You will instead have to pit your wits against the reels to try and come away with some of that Anglo-Saxon gold. If that isn't the kind of game you're looking for, click this link to try one of our other great slots.

Beowulf has been created by the developers at Quickspin. They are known for making online games that each have their very own unique story, and that is very much the case with the Beowulf slot.

As the developers are all fans of discover and play free casino games online themselves, they all know exactly what needs to go into each of their slots to create an exciting game play for their customers.

With plenty of thrills and a sharp design, there’s no denying that Quickspin’s games are some of the best out there right now. If you can’t get enough of Beowulf, you should also try Mighty Arthur best online slots. 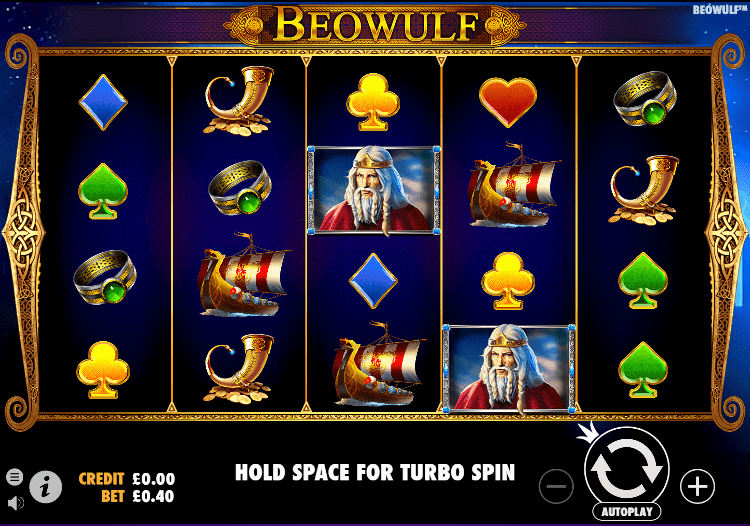 Welcome to ancient Scandinavia where the Danes are one of the most powerful clans around. The game takes place amidst the snowy Scandinavian mountains and you’ll see the titular hero in his warrior gear just to the left of the game board. There are five reels and a generous twenty-five pay lines to play with.

The game board looks very archaic with a very distinct Nordic style. The symbols with the lowest values are represented by letters of the alphabet and numbers. The higher-value symbols are all represented by characters from the poem. These are the best symbols to try and align on the pay lines as they’ll bring the biggest pay-outs. Some of them can also bring some fun extra features in this pay by mobile slots.

• GRENDEL ATTACK FEATURE – This bonus feature is triggered completely at random. It occurs whenever the Grendel monster pops up onto the fifth reel. You’ll then get to watch Beowulf jump onto the reels to kill the monster. You’ll be awarded one free spin every time he slays Grendel.

• FREE SPINS – Grendel’s hideous mother is the Scatter symbol and, though she might not be all that nice, she’ll still help you win some free spins. You need to land three of these symbols on the board to activate some free spins and increased pay-outs. Initially, you’ll be granted three free spins but Beowulf will try and win you some more by fighting the dragon at the top of the board. 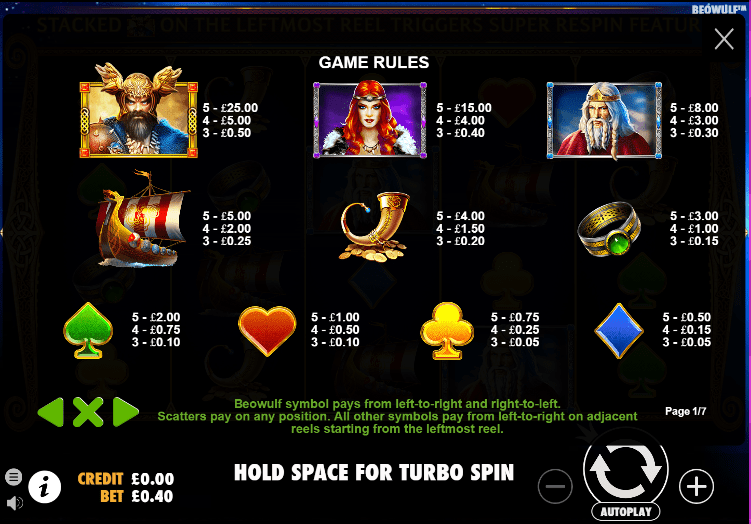 Taking its cue from Old English folklore, the Beowulf slot game certainly has a lot of great story behind it. It’s full of colourful characters and its brilliant design and graphics really add some extra excitement to the game.

The bonus features are also paired with charming animations that add to the thrill of winning the big pay-outs. This is a great game for slot players of all levels. If you prefer a more European flavor, then you should definitely try out Bellisimo! Slot