Age of Spartans Spin 16 is a follow-up to the popular Age of Spartans found here at mega reel. It too has the feel of the film 300, with ancient Sparta theme and some epic wins to be had in the would of those famous battles. If this doesn't sound what you're looking for, check out our other megareel slots here.

Set on a backdrop of ancient lands, Saucify have gone to great lengths to make the background of this game look like the scenery of the time.

Despite the ancient theme, though, this is very much a modern slot game with the sort of bonus features that online slots are renowned for as well as free casino slot games.

This game is a fresh take on the slot game genre. The control one has to choose exactly how they will spin the reels is a real appeal, as is the potential to get some big wins as a result. If you liked the first game, it’s likely that you’ll enjoy this one too as it has the same slick animation even when played on a smartphone. 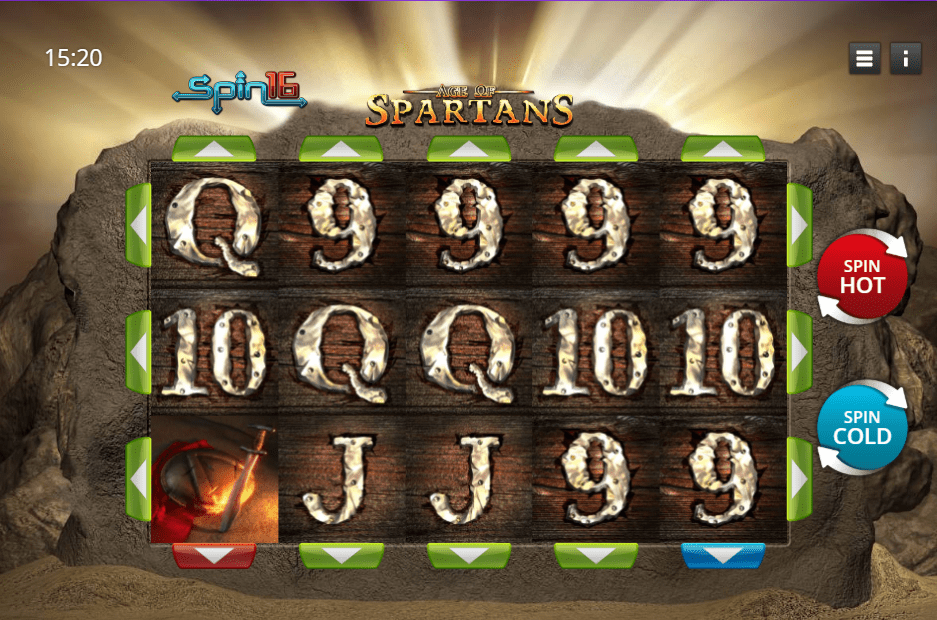 The bonus feature here holds the key difference between this game and the original Age of Spar-tans slot. It is after all, how this game gets it’s ‘Spin 16’ name.

How this works is that players are given the option to spin the reels in any way which they please. There will be many green arrows pointing in various directions and the player must simply pick one and the reels will spin accordingly. Also, there’s a multiplier function here that means that after you’ve set that green arrow spinning, it’’’ eventually stop and hopefully land on a useful bonus multiplier. If it lands in the right place, a multiplier up to a sizeable 10x will be your reward.

It’s this feature that sets the slot apart from the original game and feels like a fun mini game addi-tion to the standard gameplay. Smaller multiplier prizes are also available and more common than the 10x, but all of which will reward the gambler - especially the braver ones who bet big with King Leonidas.

Saucify are becoming a big name in the realm of online slots, with a successful follow-up here to an already well-rounded game in Age of Spartans. This developer always brings high-quality graphics and an according soundtrack, as they explore their themes in great depth. Most of their pay by phone casino slot games are free-to-play and many are available across all of phone, tablet and desktop, with their graphics flexible enough to excel across all three platforms. 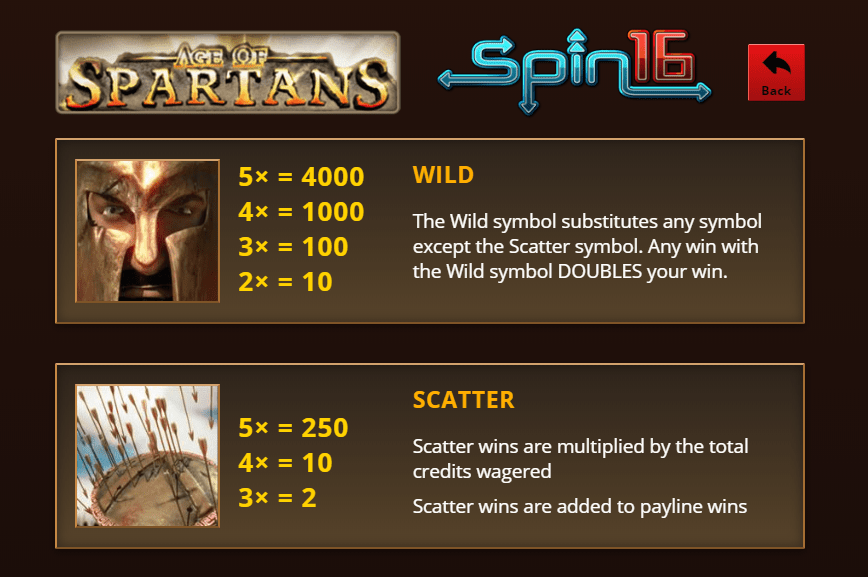 It goes without saying that those who enjoyed this slot could backtrack to the original game, Age of Spartans. However, other games from this developer include Legends of Greece and The Last Pharaoh, both of them keeping that ancient theme in the same way this slot game does.

If you liked this game you will also probably like the Age of Spartans Slot , or perhaps the Rise of Spartans slot.