Totem Lightning Power Reels by Red Tiger Gaming is an 8 reel, 30 payline Native American-themed slot. This game uses the symbol drop game engine where a win is made up of lower value symbols and those are eliminated from play for the next drop.

Keep an eye out for cloned symbols too. You can enjoy Totem Lightning Power Reels on all devices for stakes starting from 20p to £10 a spin. Head to mega reel a free spins casino today to play!

Totem Lightning Power Reels mobile slots has a very simple design. The reels have arrows and head dresses on either side. Symbols on the reels include low value card symbols A to 10 and the main symbols as 4 colourful animal totems. The gold blue eagle totem pays the best value. When 3, 4, 5, 6, 7 or 8 land on a payline, players will receive 3x, 6x, 12x, 22.5x, 45x or 150x your bet respectively.

After a win is formed, the symbols that make the combo up are blasted away with new ones dropping in to replace them. The symbol drops keep occurring as long as winning combinations are formed.

If the wins are made up of any low value symbols, a lightning strike will hit. This strike eliminates all instances of the symbols from the reels. If back to back winning combinations keep occurring, multiple symbols can keep being removed from play. This makes it easier to form high value wins.

Head to Mega Reel to learn more today about the game. 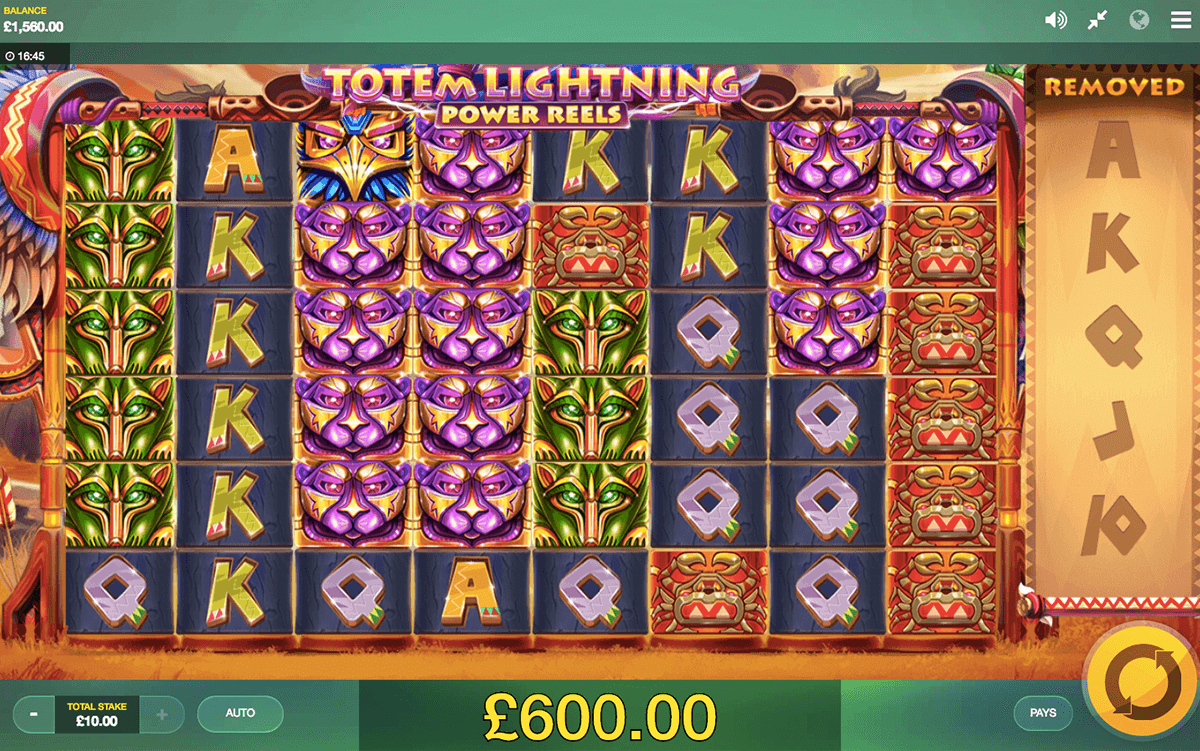 Red Tiger Gaming is an online software company that was established in 2014. The company was formed quite recently, but the team has been in the industry for years. Since then the company has been able to expand all over Asia and Europe.

Red Tiger Gaming has a team of unique talents including mathematicians, account managers, graphic designers, psychologists, software developers, audio engineers and apparently they have a band of in house magicians too. Check out their unique slots on all your favourite online slot sites such as; 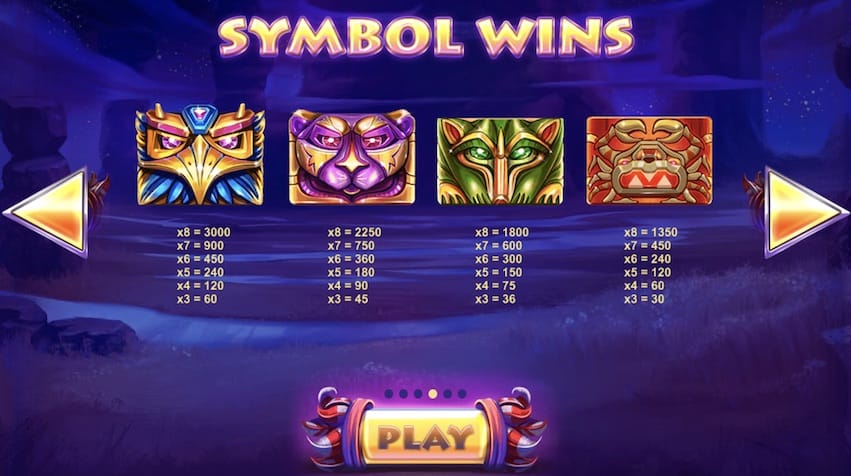 The slot doesn't include any free spins, but all the symbol drops & lightning strikes really ramp up the action. Totem Lightning is a very volatile slot with a high variance. Players can expect to go through long winless spells, but when a win hits it will be well worth it. You can win over 7,000x your bet.

If you haven't sampled the symbol drop game engine before, then Totem Lightning Power Reels by Red Tiger Gaming is a great place to start. If you enjoy simple, volatile, fast paced slots, you should use this slot a spin. Or you may also enjoy Chibeasties 2 slot!