Football is a sure-fire theme for a slot game: sports and betting go together like peanut butter and jam, or macaroni and cheese. You usually see football used for real-time betting, but occasionally you’ll see it in the form of a slot game. And Eyecon has jumped on the bandwagon with this Striker Goes Wild slot game available at www.megareel.com.

Eyecon is an Australian software company that specialises in both online and offline gaming – focusing much of its attention on the land-based offerings it has, as well as the online gaming solutions. Less of their energy has been spent on developing cutting-edge technology for their free casino games, favouring a traditional and solid approach to their games.

Having said that, they’ve been around since 1997 so they have a decent amount of expertise behind them in everything they do: so although you shouldn’t expect crazy next-level slot games, you can expect a steady and well put together experience. 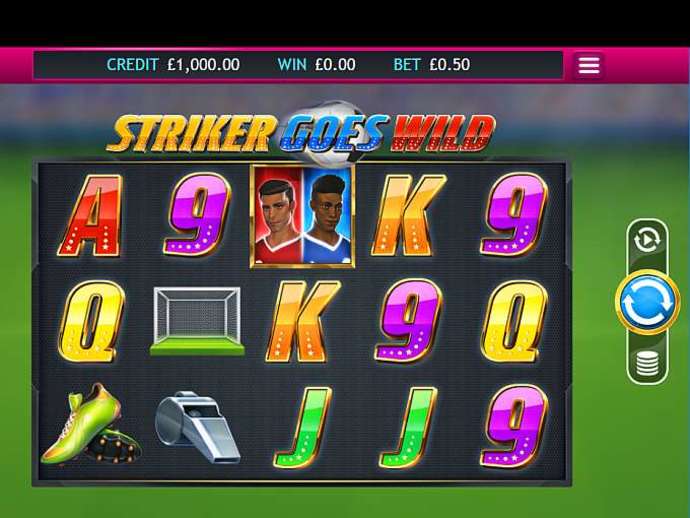 Following on from mentioning that Eyecon aren’t focused on cutting-edge technology and mobile casino gaming, you can see this when you start playing Striker Goes Wild. It’s a pretty straight-forward setup, with graphics that look alright as far as 2D goes. Nothing will be jumping out of the screen, that’s for sure.

On the 5-reel, three row online slots uk you’ll find all the classic football symbols: the players, the goal, football boots and the whistle, as well as the regular playing card symbols from 9 to Ace.

The wild symbol is the football, and it substitutes for all other symbols on the reels except the scatter, and can do this in order to contribute to a winning combination. This wild is slightly different to other wilds in other slot games, as this wild doesn’t appear in the base game, it’ll only show on the reels when you trigger the Striker Goes Wild bonus feature, which can only be triggered by the scatter symbols.

The Striker Goes Wild bonus feature can be triggered by three or more scatter symbols, and this is where you can help the players score a goal. The goals are evaluated at the lines, and the bet per line of the triggering spin. You’ll see that the goal is a pattern displayed over the top of the reels, and will help turn all symbols into ball symbols. The ball being the wild. 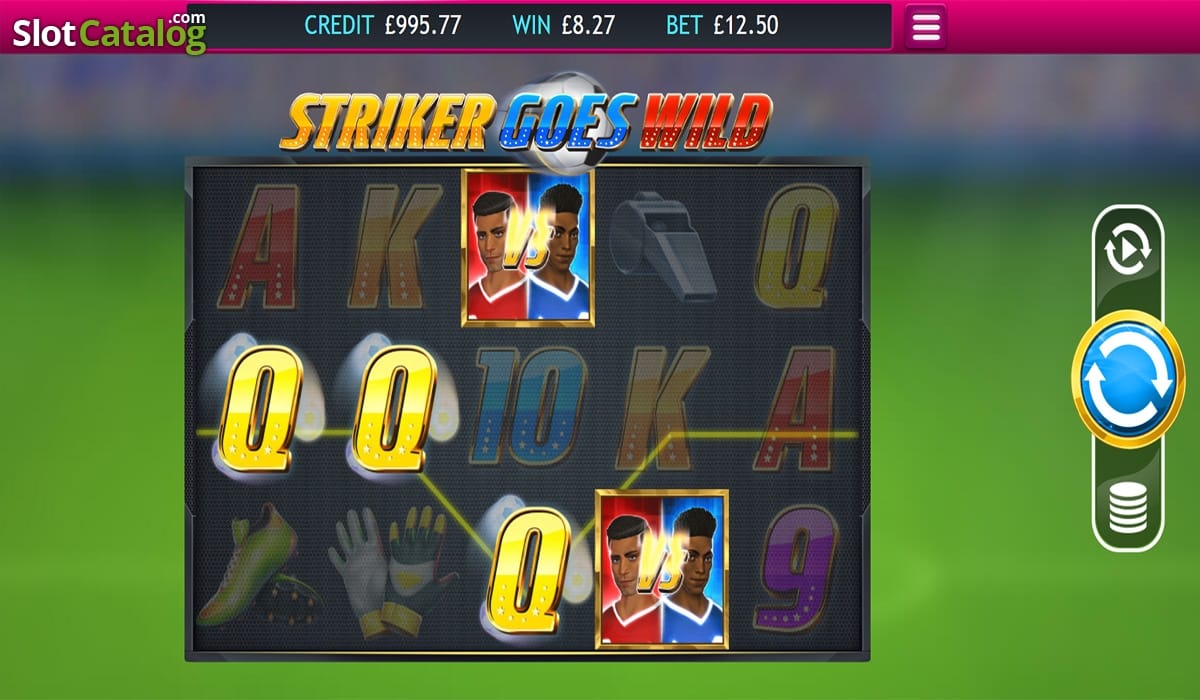 Like a lot of Eyecon’s slot games, Striker Goes Wild is a solid game, but not one that you can get overly excited about. It’s got scatters, a wild and a bonus feature – but it doesn’t step outside of the box. A traditional game, this one is for players who aren’t looking for a crazy animated slot. Or why not head to Stones and Bones slot?