Shadow of the Panther

Shadow of the Panther by High5 Games is a 5 reel 30 payline slot. It has a big cat theme with features on here including super stacks and split symbols. The super stacked symbols fill all the reels or multiple reels with matching symbol combinations.

There's also a free spins feature on offer in this free slots so get betting with stakes starting from 30p to £300 a spin here.

The action is set against a jungle backdrop with symbols on the reels including a jaguar, panther, leopard and tribesman. The can all transform into split symbols which means up to 10 symbol combinations can appear at once. There are also low value gemstone symbols on the reels as well as playing card values A to Q.

Shadow of the Panther slot games also has some super stacked symbols. Before every spin, one symbol is nominated and fills multiple reels with one matching symbol. 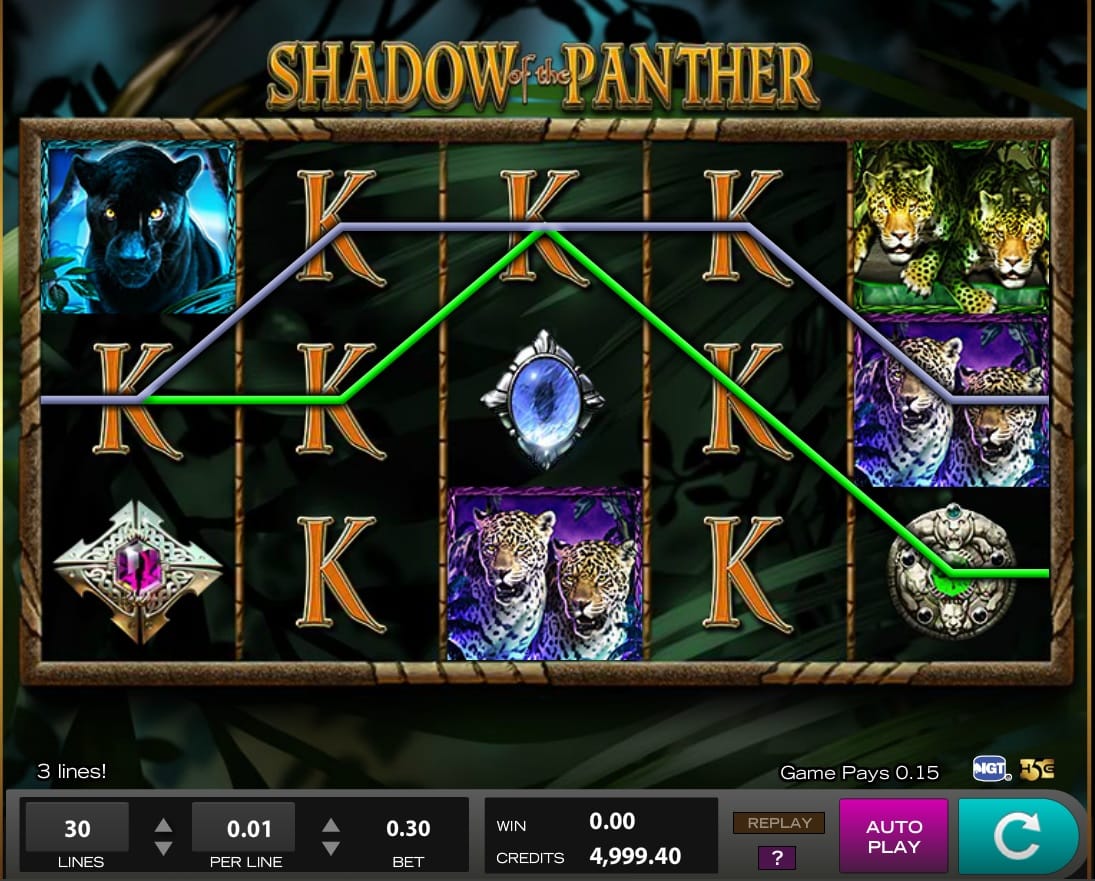 High5 Games has made its mark in various sectors of the industry whether social games, land-based slots, mobile and best online slots uk, etc. The company was established in 1995 and released their 1st video slot in 2002.

They had two major milestones – the 2008 release of their 1st massive slot hit Da Vinci Diamonds and later producing their 200th game in 2009 pushed H5G even further into the limelight. Their Golden Goddess slot was also a major hit in 2011. The company has released more than 300 games playable in 50+ countries all over the world. 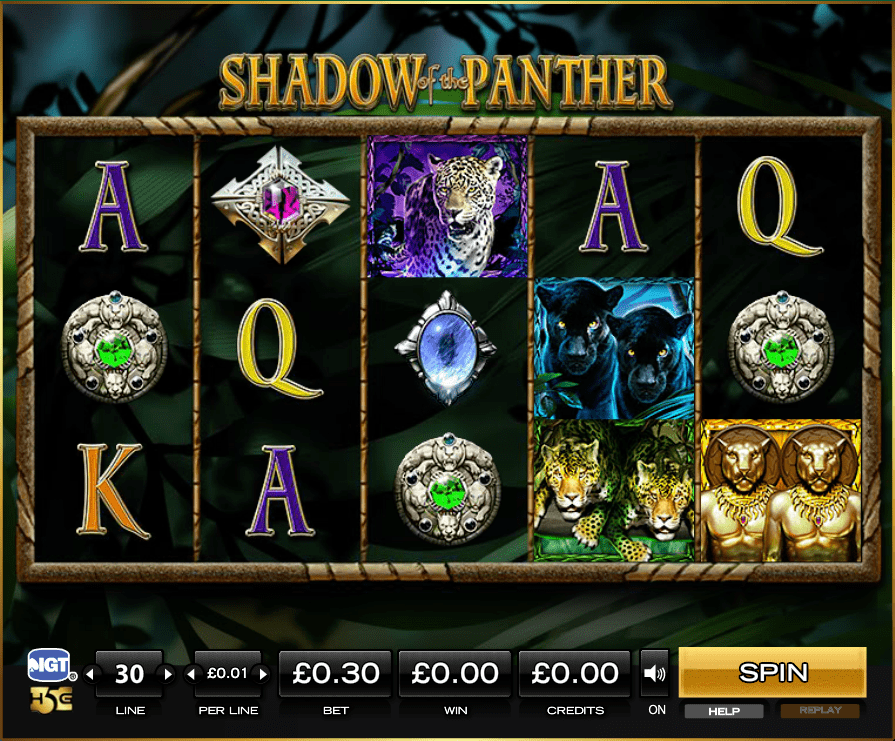 Shadow of the Panther by High5 Games is an impressive mobile slots. Players might take a while to get used to the dark aesthetic – the dark symbols against the black background. However, once you get into the main game you will enjoy the steady stream of wins and the free spins feature later. The features aren’t all that profitable, but they’ll definitely be rewarding.

Once players land super stacked symbols, free spins and split symbols at once, the payouts can be really good. Shadow of the Panther by High5 is a low variance slot that appears tame at first, but can be really enjoyable. If you liked this game, you will also like Irish Fortune slot.