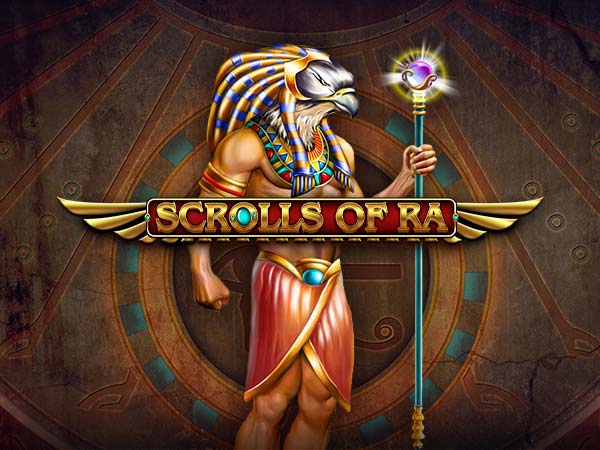 Scrolls of Ra by iSoftBet is a 5 reel, 20 line free spins slot with an Egyptian theme. This slot has 2 pick me style features, a Free Spins feature and an opportunity to win up to 500x your bet.

During the free spins, 3 reels become wild throughout 5 free spins. The game is available on all devices and stakes start from 20p to £100 per spin.

iSoftBet is an iGaming company based in London with licenses acquired from regulated jurisdictions all over the world. The history of the company is unclear seeing as there’s not much information about iSoftBet out there. New free slots online releases started back in 2010 when the company was listed as ISB.

For more of their slot games follow the link above!

Scrolls of Ra has a very strong visual appeal. The setting of the phone bill slots is the interior of an ornate temple. Game symbols include a set of playing cards encrusted with gems and Egyptian hieroglyphs. The ankh pays the highest among the standard symbols and offers 1,000 coins if you land 5.

•Ra Bonus feature- To trigger this feature, you’d need to land 3, 4 or 5 Ra symbols. Once you do, you’ll be presented with 25 treasure boxes. Pick among 3 of them and you’ll reveal a cash prize.

•Scrolls Bonus feature- This feature is activated when then the scroll symbol lands on any odd numbered reels. 3 scrolls expand and end up filling the reel. Choose one of them and you’ll reveal a reward. You can end up winning up to 500x your bet during this feature.

•Wild symbol- The wild symbol is represented by the Eye of Horus. It can activate the Free Spins feature if it lands on the reels in the middle. The wild symbol expands and fills up an entire reel and remains there for the rest of the 5 free spins. You can also activate the Scrolls Bonus and the Ra Bonus features during the free spins round.

Scrolls of Ra has the imagery, the Arabian style soundtrack match the Egyptian theme. The game has plenty of variety and can dish out big potential wins. The slot’s variance sits at mid to high with bigger wins expected to come in during the free spins where you get 3 wild reels.

If you don't fancy this one, why not check Scratch Dr Love On Vacation instead?