Reels of Fire is a fiery slot game with a magical medieval theme. A wizard acts as the game’s main protagonist here and it’s what he has up his sleeve which will help you earn your jackpot. Find more by clicking on this link for daily free spins.

Description of the Game

There’s 5 reels and 20 pay lines in this free slot games slot and bets can take place between the sizeable range of 20p and £100. Set in a old timey library amongst books of mystical spells, Reels of Fire uses the medieval theme in bringing shield symbols, a knight, a wizard and a big green dragon onto the reels.

Why you should play this Game

There’s a really high standard of graphics and animation to be enjoyed here, making this a mobile casino game that keeps you entertained for some time. Such depth of the theme is translated into plenty of different bonus features, too, which is always a plus. 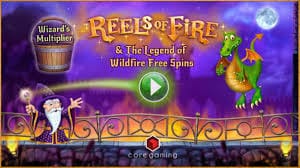 There’s a multiplier here to the left on the on-line slots reels. Starting at 1x, it will increase as the players racks up the wins. If you’re doing well, you can get upto a 10x multiplier boost that will really make your winnings look a lot more magical. Also, the magic that the wizard possesses means that me might randomly increase your multiplier ifhe’s feeling generous. This occurrence is called the ‘Magic Multiplier Feature.

Reels of Fire also boats a Free Spins feature, triggered when you’ve landed the bonus furnace symbol on reels 1, 3 and 5.If you land them on reels 1 and 3, you could get a rewind during which the furnaces are held in place and reel 5 spins again, giving you another opportunity to trigger the Free Spins round. to land the feature. Once you’rein the feature, you’llbe awarded 15 free spins.

And finally, the feature that the game takes it’s fiery name from. Look out for the ignite symbol, aswhen one of these appears on the reels, itwill ignite a flame underneath the reels. For every 3 flames lit, one reel will become a stacked wild starting from the right hand side. You could land upto15 ignite symbols which will give you 5 fully wild reels; money to burn. 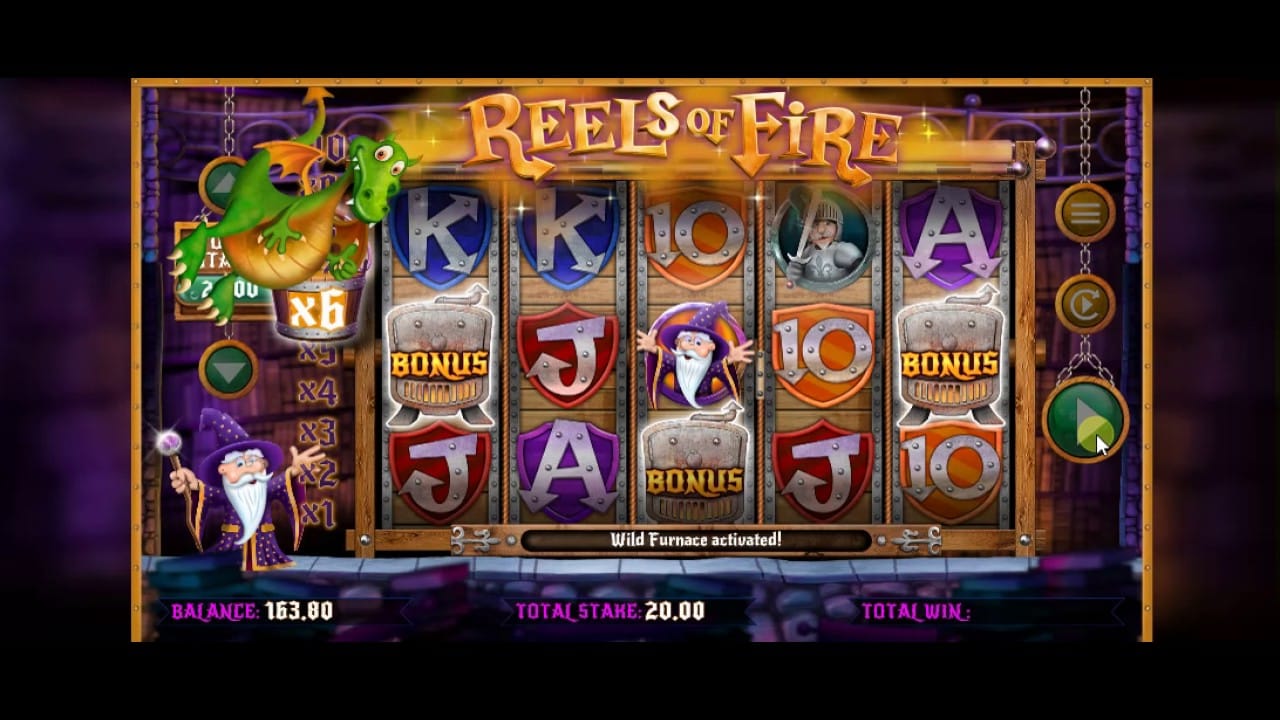 Core Gaming are the developers of Reels of Fire and as such, the game holds their high-quality design standard.

This company like to delve into their themes deeply, getting creative with ways to tie in the characters and symbols to correlating bonus features for new slot games. That is done here really well, it should be said.

Novomatic’s Wizard Ring is another slot that plays on this theme, bringing it’s own approach. Whilst those who’d like to venture down into another magical, mystical trip, could check out Pharaoh’s Wild. For another reel-y good game, try Reel Talent slot.