You can differentiate Reel King Megaways from its counterparts from its game screen consisting of 6 rows having 2 to 7 symbols each. An additional horizontal reel is present at the top offering 4 positions.

This sequel comes with an RTP of 96.23%, making it a high-volatility gaming slot. However, there are decent grand prizes that are worth the risk. So technically, there seems to be much more than just daily free spins in this online slot.

Reel King Megaways is a proud presentation of Inspired Gaming. Since its inception, this developer has been keeping ahead of the gaming trends by introducing top features and technologies in their new mobile slots games. They keep bringing newer versions of the classics to keep their players coming back for more.

They joined hands with Novomatic to put their modern gaming strategy into action. Reel King Megaways is a perfect amalgamation of Gaming Technology from Novomatic and the licensed Megaways engine that brings this great piece under the umbrella of Inspired Gaming.

Many such hybrid casino slots are available from this developer at Mega Reel. Players can enjoy them through any device available. They also offer slot games with free spins for slot lovers like the Reel King Mega. 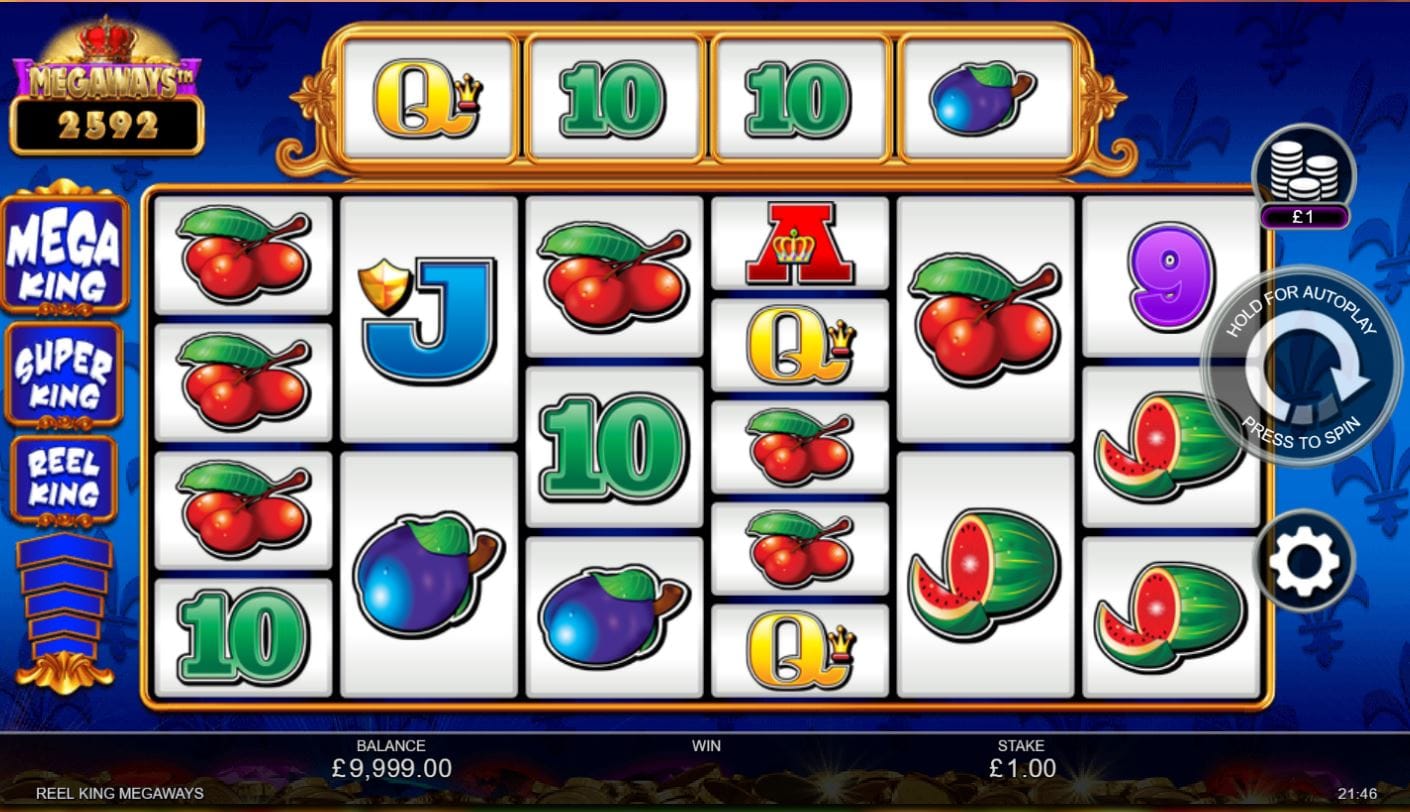 This online slots uk doesn’t come with conventional pay lines. The base of the game is hitting matching symbols from left to right and winning rewards and free spins in the process. The highest you can go is winning 10,000x a bet while keeping your spend as minimum as 20p per bet.

There is an unusual combination of symbols found in Reel King Megaways. There are high-paying symbols of 9, 10, Jack, Queen, King and Ace on one hand while there are low-paying cards showing as bags filled with gold and coins, jester hats and fruit symbols, like cherries, plums and watermelons, on the other hand.

If you hit 6 cherries, you earn 0.80x the actual bet, while hitting 6 bags of gold coins pays out 50x the original bet. The bag of gold coins is an exception among the lot in as you only need to hit 2 of them to win. As you work your way up, unique Reel King Megaways bonuses might get triggered, and don’t forget casino free spins that are always on the table!

Keep an eye on the jester hat; it is a Wild symbol usually appearing on the top reel. It can provide a higher number of winning combos by substituting all other symbols hit. 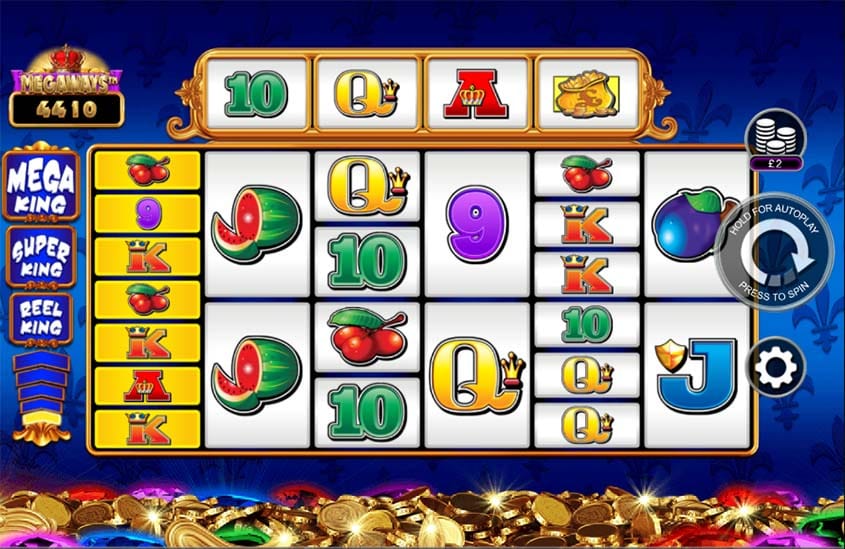 Another set of special features along with free spins is likely to get your attention in Reel King Megaways. 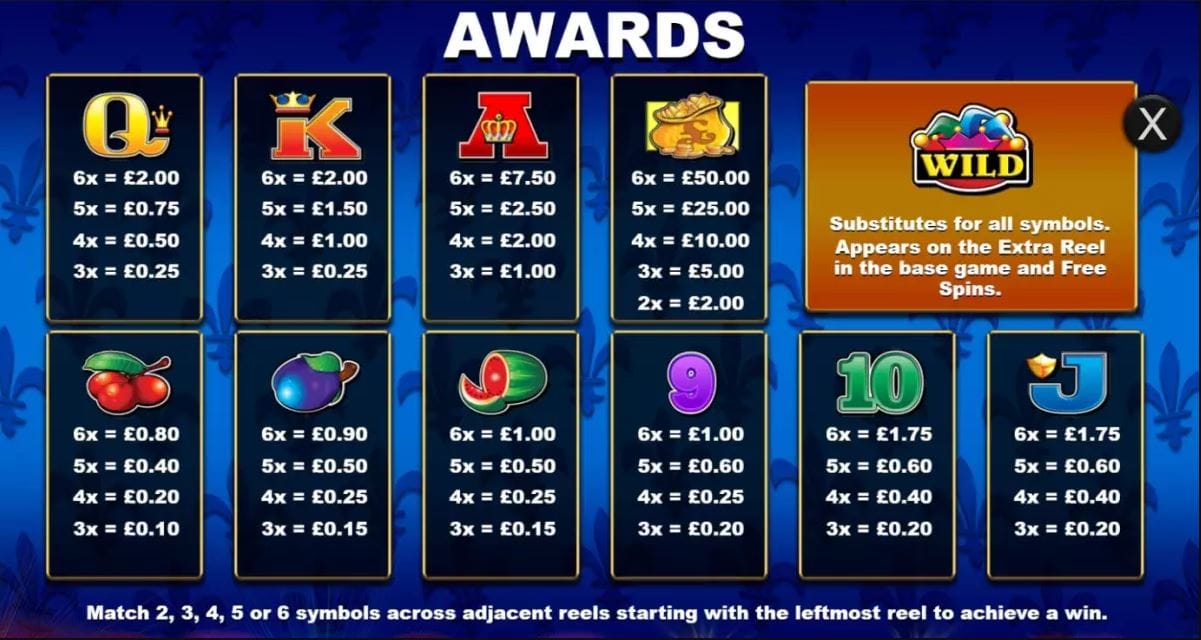 Reel King Megaways shares the complexity of its predecessors but has the edge over them with added bonuses and free spins features. Reel King Feature is the stand-out offering even more free spins that make it more coveted than ever.

This slot is undoubtedly high-risk, but there are so many great features leading to remarkable rewards that many players would go for this experience more often. It is also a great place to start for players who are looking for slot opportunities on a tight budget, along with the Poprocks slot.