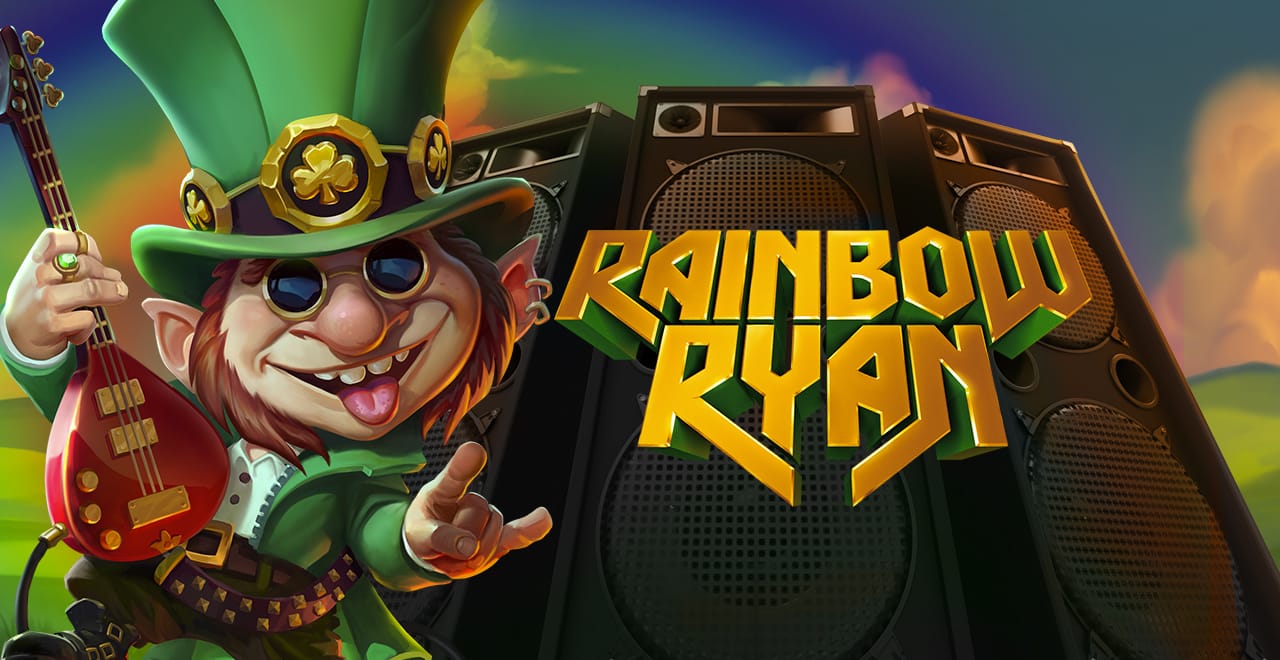 Rock music and an Irish theme.... no, it’s not U2, but Rainbow Ryan. This 6-reel slot gives players the opportunity to play a completely different format to those at Mega Reel casino slots. You can team up with a lucky leprechaun as you spin the reels and Ryan tries to sync you up with his electric guitar riffs.

If Ryan and his Rainbow Reels aren’t enough to provide you with winning combinations, the wild symbols and free spins mode will do the trick. With 4,096 ways to win, Rainbow Ryan is a must play game for avid slot players.

Despite only being founded in 2013, Yggdrasil Gaming have already made huge strides in the gaming industry. Their CEO Fredrik Elmqvist has a clear vision when it comes to the development of free slot games and that’s been proven by some of his creations to this day.

Their new and advanced technology has produced some dynamic games with sharp graphics, enough to rival the market leading software developers in the industry. It’s hard to know what the future holds for Yggdrasil Gaming, but the early signs show great promise for the company. We’ve provided you with a few of their other pay by phone casino games that you can check out:

•Holmes and the Stolen Stones 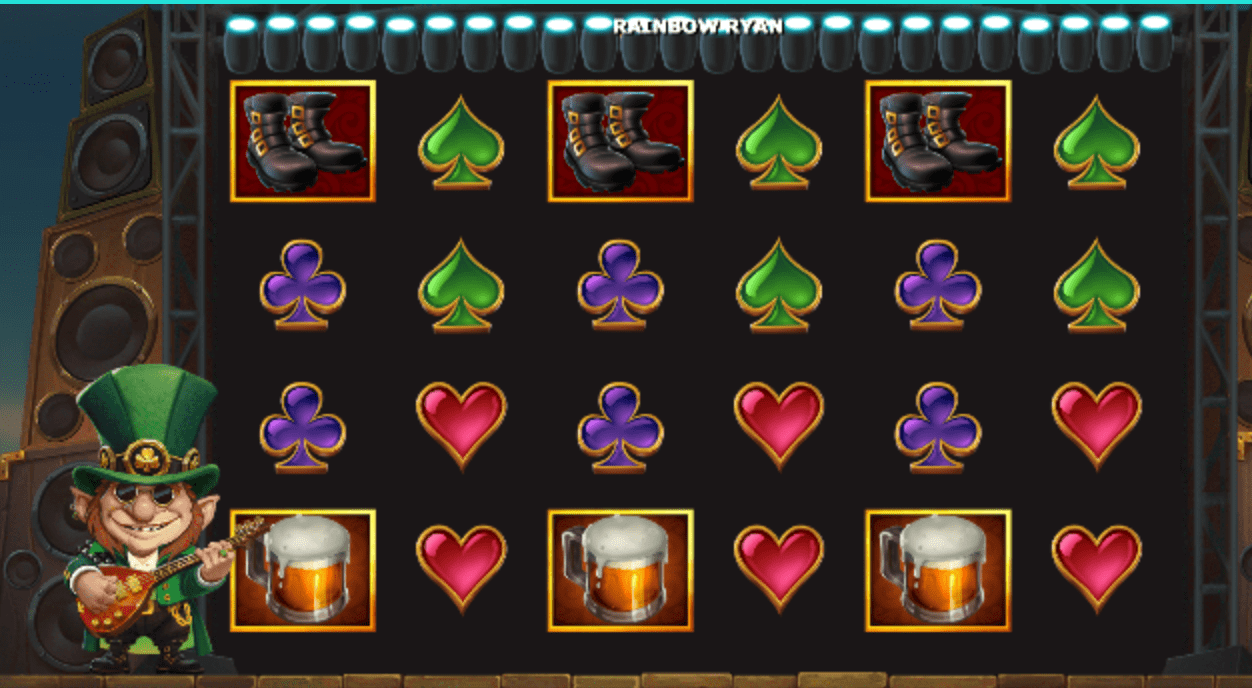 Rainbow Ryan is a 6-reel online slots game, with four pockets on each reel and there are up to 4,096 ways to win. This slot has it all, a unique format, great bonus features and a leprechaun playing an electric guitar. What more can you ask for?

•RAINBOW REELS – The RAINBOW REELS are introduced to the reels randomly by Ryan and his electric guitar. These reels will appear on at least two of the six reels and can lead to huge wins if you match all of them.

•WILDS – WILDS substitute all symbols in this game and can contribute to some big wins due to the number of ways in which you can win.

•FREE SPIN MODE – The FREE SPIN mode is activated when you hit 3 free spin symbols on different reels. You can receive a maximum of 20 spins depending on how many free spin symbols you hit. Additionally, the Rainbow Reels will be in-play during the free spins mode. 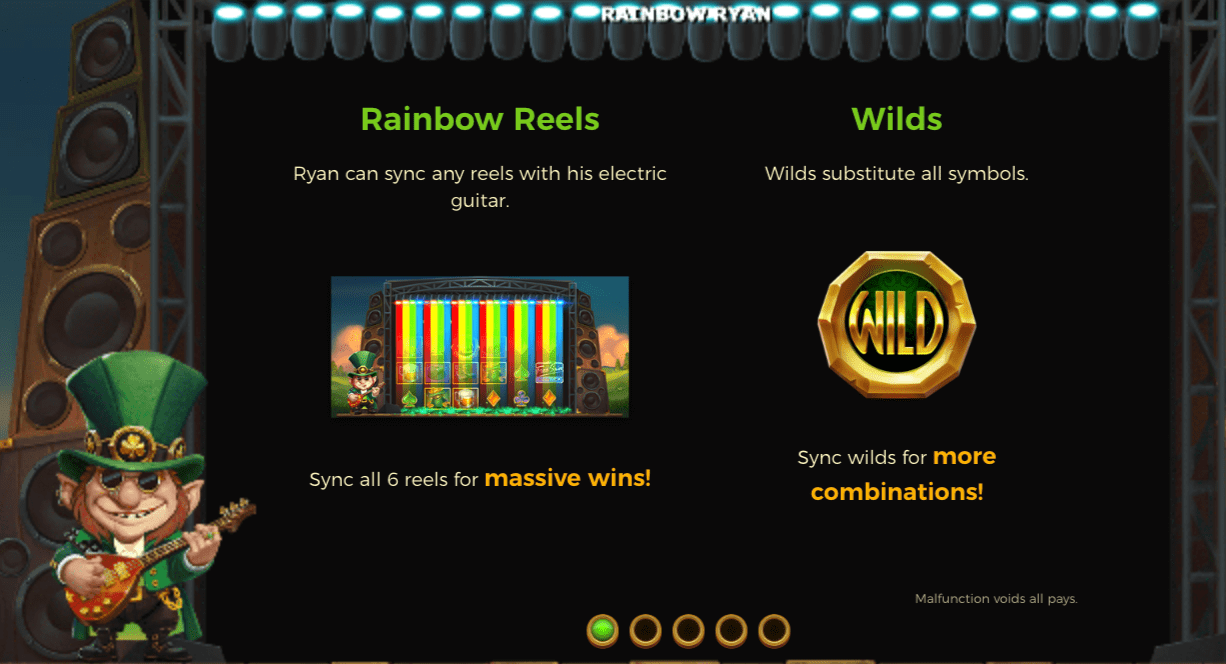 Whether you like 6-reel slots or not, Rainbow Ryan is a game with a great theme and some brilliant bonus features. Not only that, but you’ve got the possibility of winning 4,096 different ways when you’re playing this slot, which is a lot more action than standard 5-reel games.

Even if you don’t have the best of luck, the entertainment and music will make your experience worthwhile and with similar games like Rainbow Riches Reels of Gold slot there's no end to the fun!