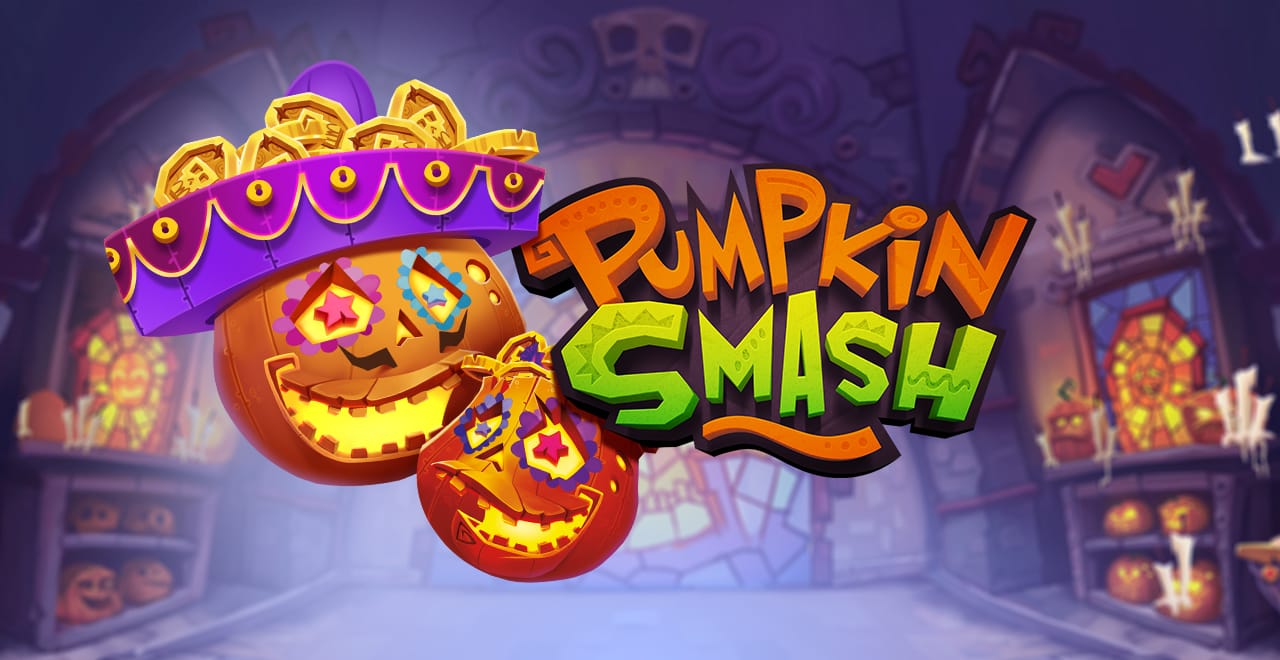 Grab your funeral gear and as many candles as you can because it’s time to celebrate the Mexican day of the dead at Mega Reel casino slots free spins in this superb Spanish themed slot from the team at Yggdrasil.

Immerse yourself in the culture behind this ancient tradition and enjoy some unique bonus modes in Pumpkin Smash.

Founded in 2013 with the acquisition of their first licence, Yggdrasil are a Malta based development team that are still relatively new to the industry. But don’t let their fresh-faced look fool you, this talented team of software developers have already established themselves as top dog in the online casino industry with the creation of some pretty spectacular slot games.

In just a few short years Yggdrasil have managed to produce some of the world’s most popular online titles. Their games are creative and are always of a high-quality which has allowed them to survive in the competitive online gaming market.

If Pumpkin Smash impressed, you and you would like to try out some of their other pay by phone casino titles then we recommend you start here:

•and many many more free casino slot games here.

As we mentioned above, this free slots online game setting is the traditional Day of the Dead that’s celebrated by the South American culture. During this holiday treats and candles are left at the graves of loved ones in respect as locals believe that the ones they lost are in a happier place in the afterlife. You would think it’s a time of mourning, but actually a lot of parties and festivities are held as they believe you should celebrate someone’s life, not mourn their passing.

This slot perfectly captures that. Set against a cute cartoon graveyard, brightly coloured skulls and candles decorate a mausoleum that holds a range of skeletons that all seem to be overjoyed at this time of year. A Spanish guitar serenades and relaxes you as you spin the reels, allowing you to completely immerse yourself in the Day of the Dead.

The tone of this game perfectly captures this holiday and to add to fiesta theme there’s some neat bonuses you can take advantage of to net yourself your own treats.

•WILDS: The golden WILD symbol will substitute for other items in your combinations during your spins in this slot.

•PUMPKIN SMASH BONUS: When you land two or more of the Pumpkin SCATTER symbols on the reels this interesting mini-game unlocks. For every SCATTER you hit you earn a Pumpkin to smash and inside each one is a random prize. You can earn anything from free spins to 2000 coins to a large 7x multiplier on top of your wager.

In summary, we really enjoyed Pumpkin Smash. You would think that a slot based around a holiday about the dead would be morbid, but just like the Day of the Dead it’s filled with colour and life that leaves you feeling energized as you enjoy the festivities.

It’s one slot we highly recommend. If you want something a bit more cheerful afterwards, try Puggy Payout slot.