Are you ready for an oriental adventure like no other? Let Red Tiger Gaming transport you to the land of the dragon in this Chinese dragon themed slot game, featuring 5-reels and 40 active pay lines. Have some serious fun while you win real cash prizes.

The backdrop of the game features beautiful scenes, depending on what level of the game you are playing at. The opening screen features soft, gentle pastel colours and its immediately creates a relaxed tone before the game really kicks in. The reels are flanked with beautiful, ornate pale purple dragons and these will also change colour depending on the zones.

On the reels, we see symbols that you would expect from a game with this theme. There are ceremonial items like banners and symbols, as well as Chinese drums, red Chinese lanterns, fire crackers and a dancing lion that you would usually see in a Chinese festival parade.

Everything about this game seems to tie in to different ceremonials or parades that would include traditional Chinese celebrations and the game really effectively captures the essence of this. Take a look below at the features of the game and get started today at Mega Reel a free spin slots casino.

Red Tiger Gaming are one of the newer companies to snatch a piece of the freeslotgames game pie and since they were founded in 2014, they have been making leaps and strides in the industry and creating some seriously impressive online gaming titles.

The games they have released so far have been immensely popular and this is possible due to the cool graphics and extra dimensions many of their games have. They have an experienced team at the helm and this has helped them to gain influence and followers in a market that is becoming saturated with developers.

If you want to see what else these guys have been up to, learn more today by checking out Wild Fight or Temple of Gold. 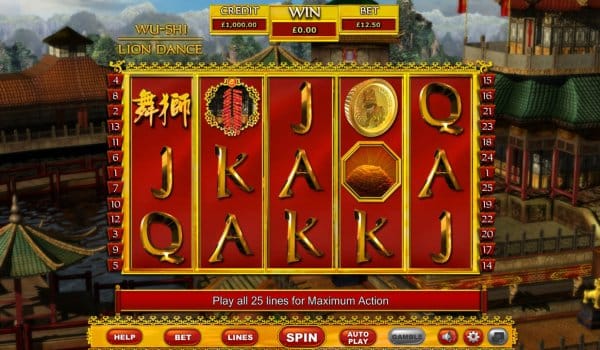 This Red Tiger Gaming slot is described as ‘4 games in 1’ and this Is in reference to the 4 different levels it has. So, let’s take a look at the features specific to each level so you can get started.

The first level or ‘world’ as the game refers to it, is called connected tiles world. The random lion dance, where a lion appears on the screen can upgrade you to this level from the base game, or you can increase your bet and go there immediately. During this feature, a single paying symbol will connect to adjacent tiles and spread across the reels.

Next is mystery symbols world, where a mystery coin is flipped during gameplay to reveal and random paying symbol beneath. Again, the random lion dance can trigger this world.

The next world is the deep stacks world and this simply has reels stack with the highest paying symbols.

Finally, we have mega tiles world where wilds and top paying symbols can appear on the reels as mega symbols during any spin. Click for more online slots! 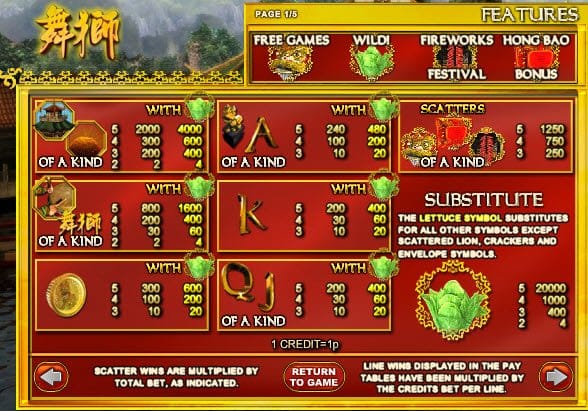 This online slot game is certainly exciting and we were initially fooled by the gentle look of the game, that was until we went whizzing into the first world! Great chances to collect big prizes. You may also like Lights slot.