Legend of The 5 Ninjas

This online slot game is great to get down with adventure and lose yourself in a world of discreet spinning and bonus worlds here now.

This is a 5 reel slot game which adopts the traditional 5 reel formation and 25 pay-lines. You will be excited by the ninjas flying around the reels who are practising the traditional forms of martial arts, that are both majestic and dangerous.

Eyecon are an Australian developer, based in Brisbane. They have been producing creative and energetic slot games online since 1997. Impressively, Eyecon have over one hundred slot machine titles in their library.

They like to specialise in 3D animations which provide a particularly impressive casino game platform to engage with. They aim to immerse their players in their online games through areas such as this.

As well as slots online, they also bingo games and casino games. Their experience never fails them and Eyecon are also developing some high-quality games for mobile devices.

Other free slot game titles in their library include: 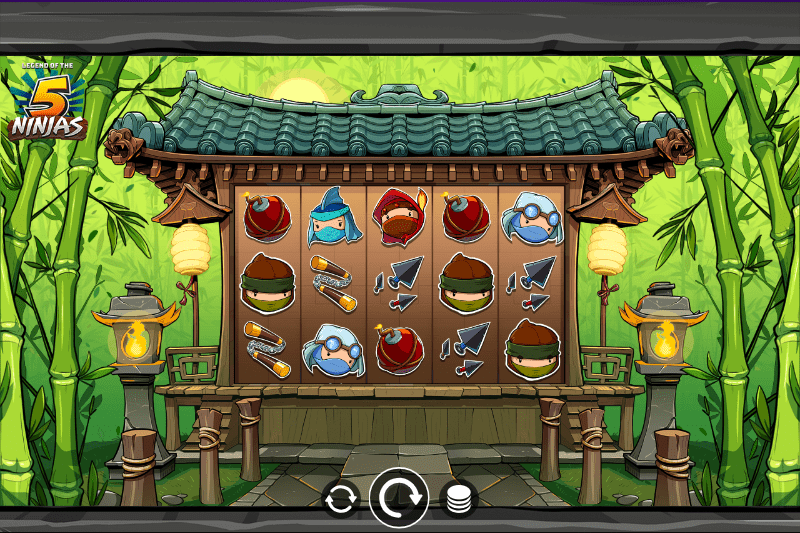 There a five highly trained Ninjas that occupy a reel each. Look out for the wild symbol in this online mobile slots game because it will increase your winnings by substituting all other symbols to help gain winning combinations on the reels! This is apart from the element and the shiny coin symbols. It should be noted that the wild symbols will only appear on the second and fourth reels.

Wilds represent 5 Ninjas’ most lucrative combos, as all prizes won with a combo towards which they contribute are instantly doubled up in size!

Look out for the secret ninja prize pack – a high paying bonus rounds that you will be anticipating the entirety of the game! This feature is great because gives players an opportunity to get involved with the game itself. You will have the option of one of five mysterious looking to doors to go through.

Depending on the door selected, will depend on the ninja released. The top prize can be a multiplier of up to 100 times the original stake! It gets better still as players can continue to knock on doors until the ninja escapes or you are caught by one of the guards. 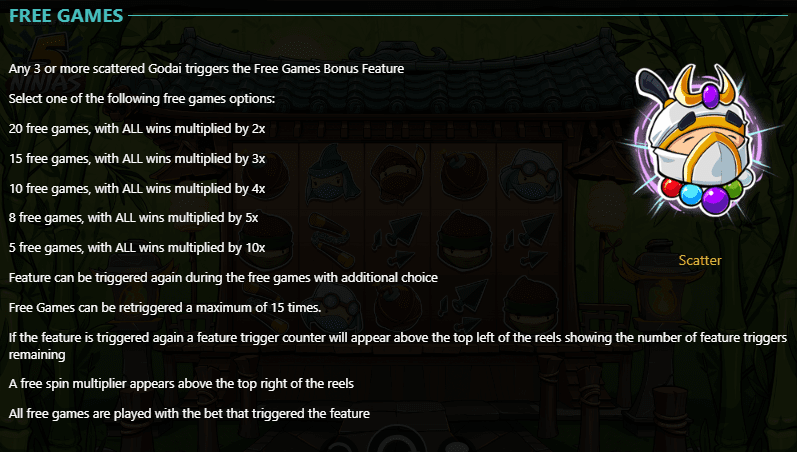 The theme here is highly engaging and rich in culture which many slot players like. Of course, it is the bonus features that commit people to the game. The autoplay feature allows you to effortlessly set your bid and sit back to watch the reels spin, a favourable function.

There is a minimum bet of 0.01 and a maximum of 12.50, making this game a good level for the average slot player. The creative bonus rounds allow for an engaging opportunity for players to win money whilst enjoying the theme.

There are additional free spin elements and features in this game to look out for so it is definitely worth giving it a go! Good luck with your five ninja quest! Don't forget about Legends of Olympia slot.