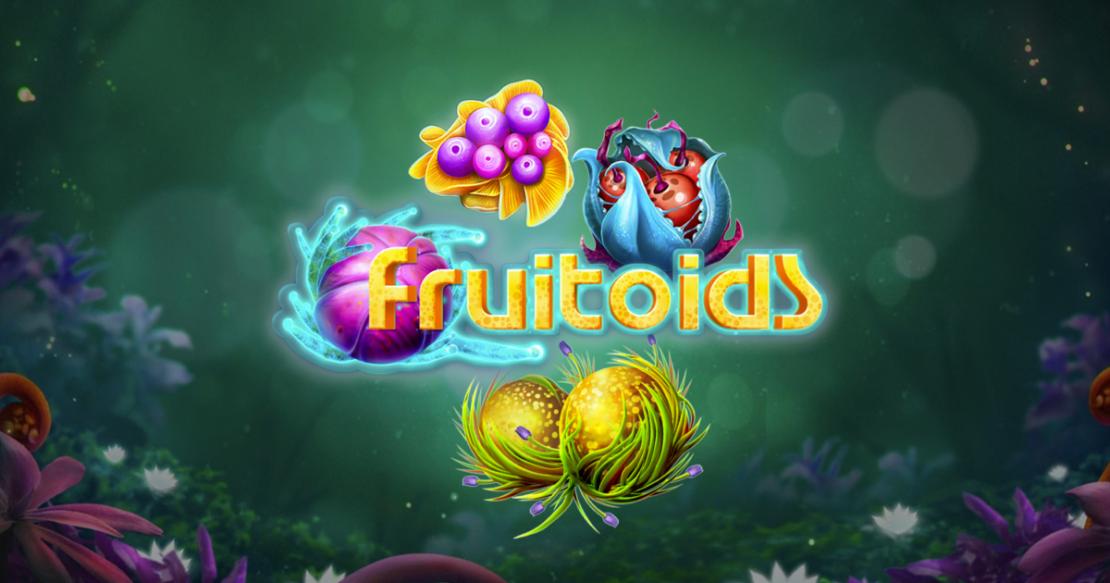 Imagine if a space fruit and a regular fruit mated – it’s a weird concept, but one we can get on board with when the results look like Fruitoids. At least, that’s what we assume a space fruit spawn would look like.

Weirdness aside, this sci-fi themed slot game catapults you into another universe – one that’s colourful, magical and downright interesting. Try other games like this on Mega Reel with free spins.

Yggdrasil is no stranger to the weird and wonderful – they’re a company that are well-known for their innovative and high-quality online slots uk animations. An iGaming company in Malta, Yggdrasil has only been around since 2013, but they’ve been making big waves in the industry – you only have to play one of their games to see why.

Looking for something a little less fruity? Try Jungle Books or Orient Express, which really showcase Yggdrasil’s talent. Or if you really like this game, then give their Winter Berries game a try – it’s a very similar set up! Click this link for all games for you. 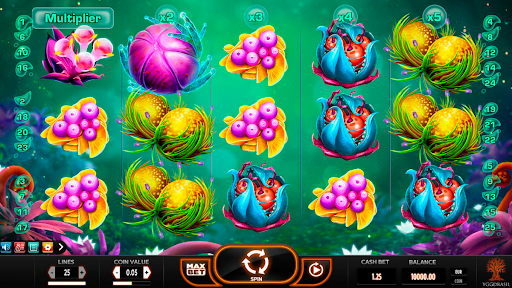 An eery, wind-like soundtrack plays in the background as you begin to play this otherworldly pay by mobile slots game. The five reels are set on what looks like an underwater environment – but with different colours and symbols than you’d see on this planet.

The fruitoids are hard to describe, but you’ll see a bunch of them across the reels – all representing different prizes. The big purple one is worth the most, paying out 500 coins if you match 5 of them – the lower value fruitoids are the ones that look like a space-age version of peas in a pod, and a bunch of carrots.

In almost every game there’s an autospin feature – allowing you to select a certain number of spins and letting the game play on its own. With Fruitoids, you can make between 10 and 1,000 automatic spins – or there’s an infinity option, where you can leave the computer and the reels will keep on spinning until you come back and turn it off. 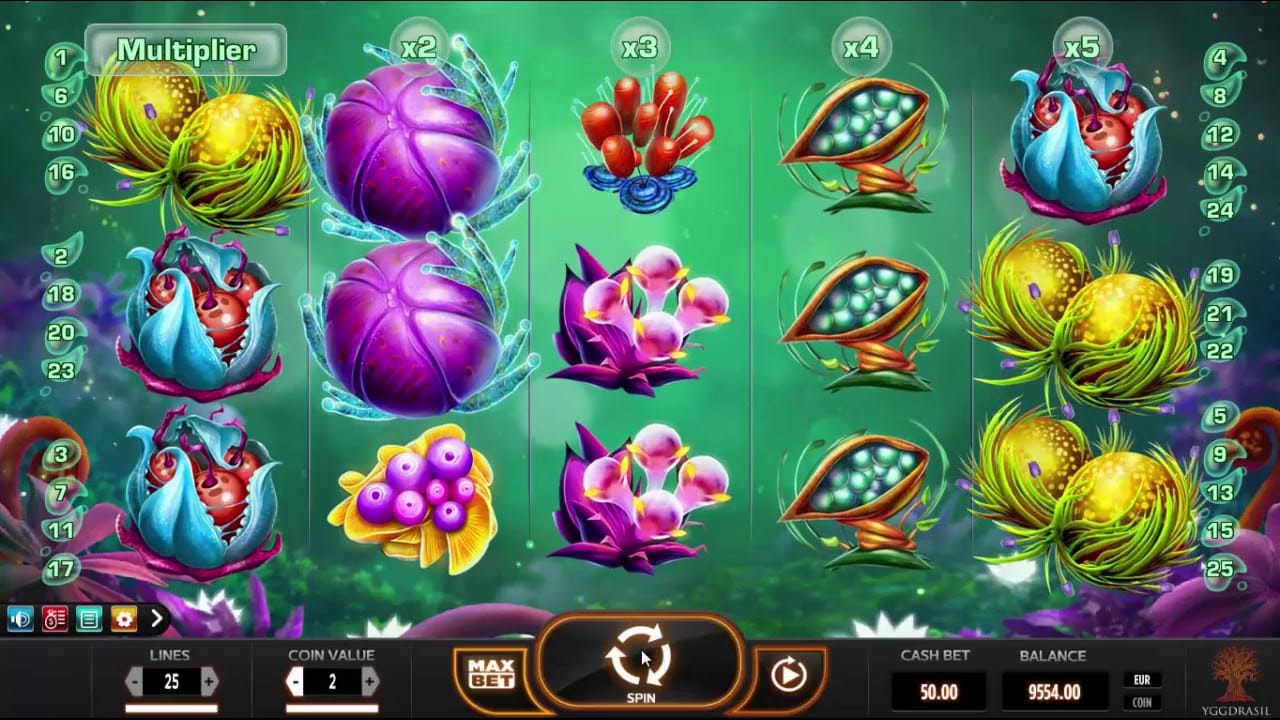 Another home run for Yggdrasil – a game that’s slick, looks good, is high-quality, interesting, and throws in a good few bonuses to boot!

Multipliers, infinity spins, free respins and some great payouts means that this is just another good slot game Yggdrasil can add to their collection. Like this game? You will definitely like Fruitful Fiesta Slot too.