Immerse yourself in the greatest love story ever told. A couple more connected than Jack and Rose. More innocent than Romeo and Juliet. With more chemistry than Sandy and Danny, and closer friends than Monica and Chandler. The tail of the Princess and The Frog from Enchanted Prince slots!

This is Eyecon Gaming's latest attempt to innovate the online casino gaming community. With a narrative-driven, slot game with retro Disney style graphics and a romantic story! Can Enchanted Prince elevate Eyecon's name in the online casino slot industry? Read this article and find out!

Check out Enchanted Prince slot and many more unbelievable games like this online free slots spins casino, Mega Reel. The best, most trusted online casino website on the web! A massive portfolio of games.

Once upon a time, in a beautiful castle far, far away, a lonely princess sat by a fresh-water lily pond. She sat staring longingly into the pond. She wondered when she would find her prince charming. Until a frog hopped onto the nearest water lily leaf. The frog never spoke, but the look the frog gave the Princess said more than words ever could.

The visuals in Enchanted Prince slots are striking. They are retro Disney inspired, akin to a Cinderella or Beauty and the Beast. The Princess is beautifully composed. She is young and fair, like the traditional depictions of Princesses. In contrast, the frog prince is cute, small and slimy. The reels that sit in a lily-pad covered pond were blue, fresh and sparkling—reels decorated with white lilies. The whole visual composition is picturesque!

Disney recently made the story of Enchanted Prince slot game a film. In this film, The Princess and the Frog. This was released in 2009. It was a huge success and was highly praised for being the first-ever Disney film to feature an African American princess. The story was set in New Orleans in 1912. It tells the tale of Tiana, who hates the story of The Frog Prince. But, after being cursed, she learns the beauty of the tale!

The Princess was confused, and she stood up to leave. Until the frog spoke and informed the Princess that he was a cursed Prince, turned into a frog to stop him from ever meeting his soulmate, the Princess. The Princess was shocked, but after they spoke, she knew this to be true. And, she then planted a kiss on the green slimy lips of the frog. He turned into the Prince, and they lived happily ever after.

But, can Eyecon's Enchanted Prince turn from a Frog into a Handsome Prince, or are we just kissing a regular old frog? Read this article and find out or play online slots today!

How to Play Enchanted Prince Slot

We loved Enchanted Prince, and it is a real tear-jerker of a game! A great online pay by phone casino slot game where Eyecon Gaming should be on the online casino gaming world map. We highly recommend it. We have not been able to put it down since we started playing!

The lower-paying symbols of Enchanted Prince slot are your typical playing card numbers and letters. Ace, King, Queen, Jack, 10 and 9. A beautiful magic style of font coloured purple, pink and blue colours is used! The higher-paying symbols are pretty white lilies, green lily pads and giant castles. Our favourites are the Frog Prince and the Princess, who are beautifully illustrated.

The sound effects are traditional retro slot game sounds. We wished (upon a star) that we could hear some Disney-style fairy-tale songs from Enchanted Prince slot, but oh well!

The features in found in Enchanted Prince slot are the traditional WILD and SCATTER symbols available. In this game, the WILD is represented by a crown symbol. This crown can substitute any symbols, apart from Frog Prince SCATTER. If you are lucky enough to find three or more of the Frog Prince symbols, you will be deemed worthy of Free Spins! 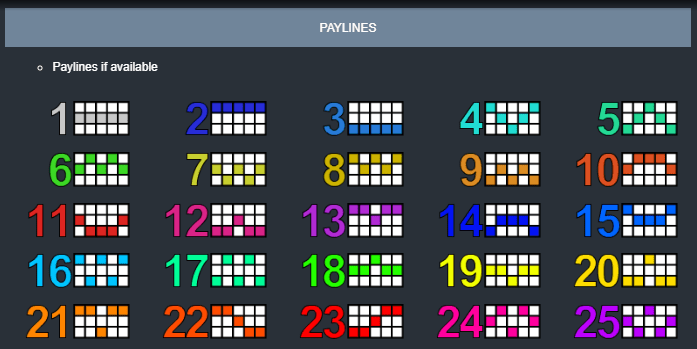 Eyecon: The Developers of this Slot Game

They create games with prominent narrative-driven games with stunning graphics. Eyecon games such as Enchanted Prince stand out from the crowd. Some of their most popular games are:

Undoubtedly, fans find Enchanted Prince slot a fantastic game, with amazing visuals and gameplay. Developers can make improvements to the sound. But, we have not been able to stop playing this awesome game since we picked it up. It has rekindled our relationship with love and with hope.

It is a beautiful story, and we would be lying if we did not admit to shedding a few tears when playing Enchanted Prince online. If you like this game, make sure that you also try the Emperor's Garden slot.