There's also additional wild symbols and multipliers that go up to 100x as well as a free spins round. Spinners can play on all Android and Apple devices for stakes between 25p to £100 per spin.

Core Gaming was established in 2007. The company has risen to become one of the top HTML5 game developers. The company is small in size but has a varied catalogue of mobile optimised slot games with different themes and bonus gameplay features. Check out some of their free casino games: 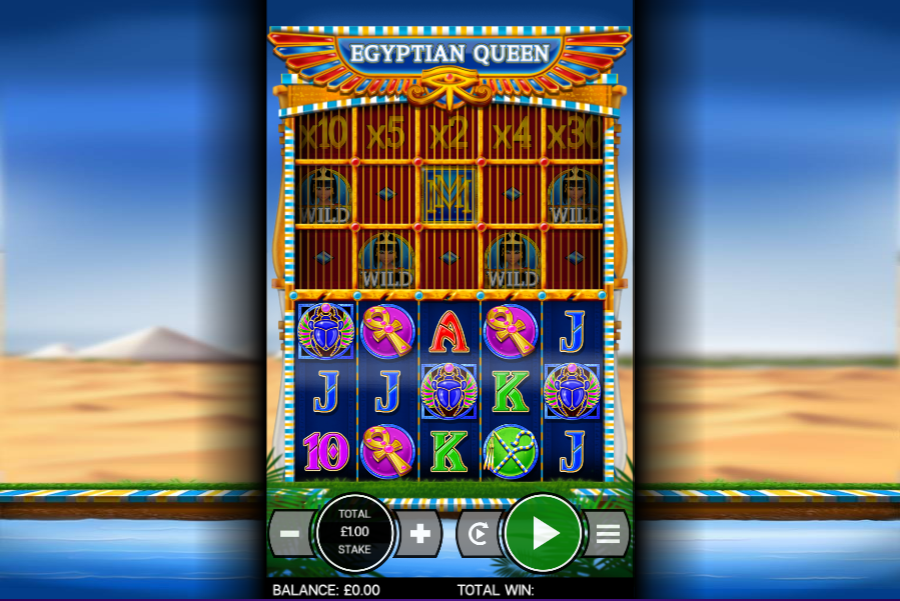 Egyptian Queen has a simple design. Its reels are set up in portrait style and look tiny against the vast desert sands in the background. On the reels, players will see A to 10 card values and 3 Egyptian hieroglyphs. The Egyptian Queen pays the highest value i.e. it doubles your total bet when 5 land on a payline. You will also spot a standard wild symbol paying up to 2x your total bet per line.

- Wild Treasure feature – the bonus reels on top of the main set start turning. They are filled with blanks and wilds. When a pattern of wilds forms on the bonus reels, the same is replicated on the main set below. A new payout calculation is carried out with the extra wilds in place.

-Reel Treasure feature – the Bonus reels start to spin with only blanks and cash values on display. When the cash values hit, they are then added to your total win from that particular spin.

- Queen’s Treasure feature – this modifier feature is the rarest of all. Additional wild symbols and potential multiplier rewards are part of it. If you manage to land the Mega Multiplier on the first row of the bonus reels, your reward could go all the way to 100x.

If the Mega Multiplier hits the middle reel on the Bonus Reels, you’ll land a multiplier of up to 100x. You can add extra free spins to your total as well. So play online slots today!

Players can also win special extras if they land the Eye of Horus symbol on the 5th reel in the main game. The Bonus Reels open and are filled with wild reel symbols and blanks. Hit the previous and it transforms the entire reel below wild ( that on the main reels). 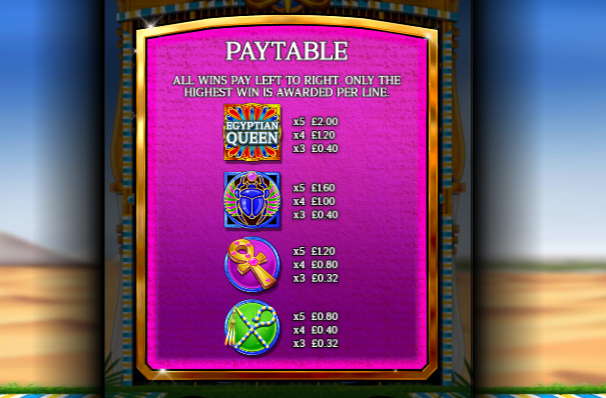 There are several Egyptian themed slots out there, but Core Gaming has managed to create a memorable and playable online slot. The design doesn’t include anything fancy. The gameplay, however, offers something fresh thanks to the Bonus Reels feature.

Throw free spins & multiplier wilds into the mix and you have yourself one of the best Egyptian themed online slot games out there. If you enjoyed Egyptain Queen why not try Eggspendables slot