Cosmic Crystals is a sci-fi, interstellar gem themed fruit machine game. This 5 reel, 50 payline slot developed by Iron Dog Studio allows you to experience out of this world gameplay. Space is a magical, mysterious and wonderful place and is full of the unknown. Perhaps there are beautiful magenta, blue and sunshine yellow crystals on one of the planets? Perhaps there's a planet made entirely of crystals? Who knows. This slot brings you all of the excitement that talking and thinking about what's in space brings. It's full of colour, glittery rewards, stars, planets, constellations, moons and more.

There's a new online casino operator making it's way onto the scene. That online casino operator is Iron Dog Studio. With less that 10 years in the industry, their games are already being played and enjoyed by thousands of gameplayers worldwide. Using a combination of classic gaming concepts and cutting edge technology, Iron Dog Studio knows how to create the unique games that people want. Their games are unique, pioneering and exhilarating. If you enjoyed playing Cosmic Crystals, you will love these games available on 666:

Check out our selection of online slots. 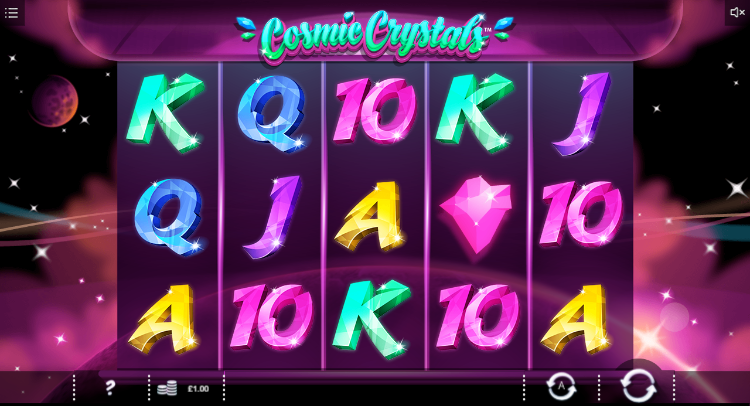 Cosmic Crystals is an astronomical, gem themed game which see you take an adventure through space. This slot has 5 reels and 50 paylines and a design which is out of this world. Behind the reels you will see a spectacular view of the milky way and all of the planets and asteroids that surround it. Lots of little stars twinkle and shine brightly in the distance. A mysterious purple mist surrounds the reels giving them a mysterious and mystical vibe. The symbols are super sparkly and include glistening letters and numbers and pink, yellow, orange, green, blue and purple glittery crystals.

The Wild Symbol - The wild symbol in this slot is the orange crystal. This symbol can only land on the 3rd reel and when it does appear, it will turn all symbols on that reel into wilds. If you come across a stacked wild, you will be given a respin. The wild symbol also substitutes other symbols on the reels which means you have a great chance of winning some big rewards.

The Re-spin Bonus - There is no symbol for free spins in this slot. However, you can gain free spins whenever you're unsuccessful in getting a winning combination. Any wild symbols that are presented at this time will be frozen which makes it possible for more wilds to appear and therefore more chances to win. 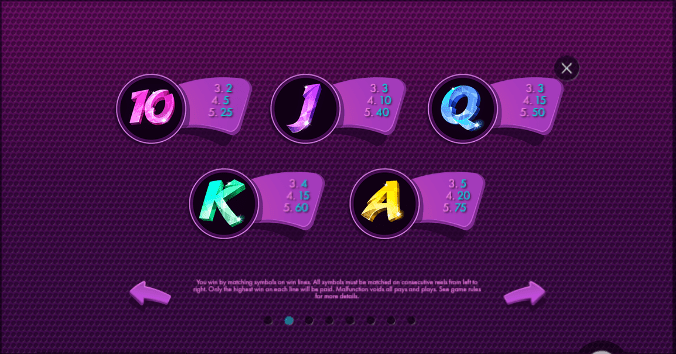 Cosmic Crystals is a great game for those who are into crystals or for those who have a fascination with space. There's no need to do any stargazing when you can see so many twinkling stars shining brightly in this game. The graphics are simple but impressive and the electric music is a nice touch. There aren't too many features but that doesn't stop this game being great. Just keep a look out for the orange crystals and you'll be onto a winner. If you want something more similar to a James Bond experience, check out Code 211.