The theme of this new Megareel game can only be described as cold-blooded crime. With the feel of those early Grand Theft Auto days, Code 211 is a five reel by three rows slot, with the potential of a nice fifteen paylines.

There are some symbols here that not only relate to the theme, but define it well. A sub-machine gun, sticks of dynamite and blueprints act as your symbols to play, win and destroy with, it would seem, as the crime theme of this one is explored through such plots and weaponry. Lower paying symbols are represented by bullet-riddled 10, Jack, Queen, King and Ace playing cards.

The theme is pretty original which is one reason to play it for sure, especially if you’re not one who enjoys the more common games that feature fluffy animals. With an explosive soundtrack, this is quite an exciting game, too, made even more so by some bonus features that will help you get your loot up. 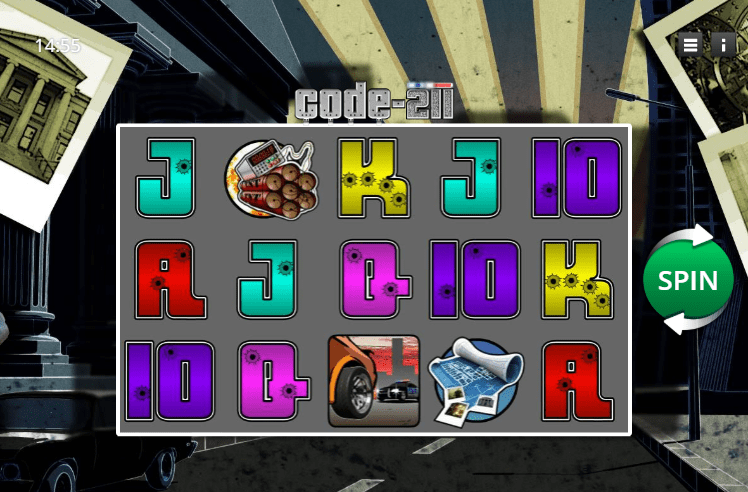 This is another slot game that brings with it a useful Free Spins feature. It will be triggered when you land at least three of the scatter symbols in the game which, in Code 211 is a spray canister. Even when using your free spins, you’re able to land these scatters again meaning that you can win more free spins with your free spins.

What’s more is that during the free spins round, all wins are tripled, making a big difference to your total winnings - especially if you keep racking up more and more freebies.

Also, look out for the Grab The Loot Bonus. This bonus mini game is good fun and profitable, too! Activate it by landing three of the metal case symbol - another scatter of this game - anywhere across the reels. You then play a game where you pick items and prizes will increase and decrease as you play, according to your total bet. A good one for the brave gamblers.

Genii is the developer of this slot game and bring with them their reputation for high-quality graphics, original themes and smart bonus features. All of this is present in Code 211, which by the way, is the codename for robbery over in the US.

The particular strength from Genii here is their ability to conjure up what is a theme rarely explored, something that takes an element of bravery from a developer. As it goes, it has paid off with this entertaining slot. 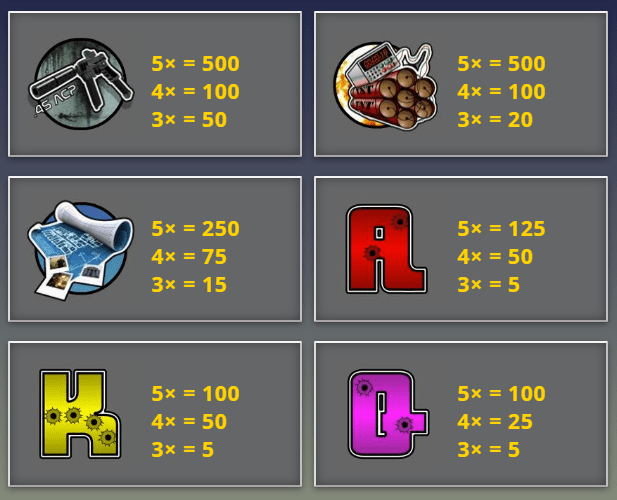 There aren’t too many games that bring a similar theme to this one, but if you don’t mind a spot of action, maybe Captain Shockwave or Reptoids could be a good match for you. The latter is set amongst an alien invasion in the 1960s where you must catch the aliens who have taken human form to save earth and stash some big wins. Captain Shockwave is a superhero, comic book-style slot that is as fast paced as Code 211. If you want fancy and dynamic slot games like this, however, you should check out Cocktail Cash.