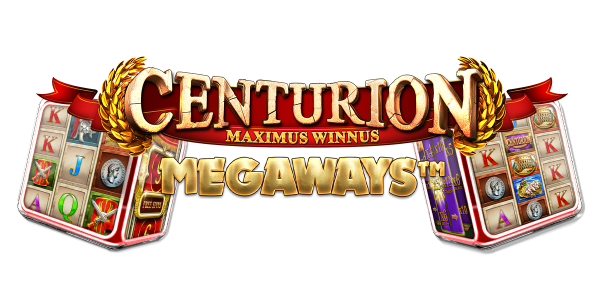 Centurion Megaways is a six-reel game on Mega Reel, the 500 free spins casino. The Megaways system varies the number of ways to win to between 324 to 117,649 in each spin. Winning symbols usually vanish from the grid and allow new ones to drop down from above.

The Prizes on Parade feature spins up wins of up to 65x the total stake, and you also get two free spins bonus rounds. A cartoon Roman can pop onto the screen at any time on the Inspired Gaming free slots games awarding a range of features such as guaranteed wins, mystery symbols, and the maximum Megaways.

Inspired Gaming Group which was established in 2001 has grown to be one of the UK's most formidable names in the online gaming industry, even though it was initially providing one of the earliest forms of mobile gaming.

It is one of the e-gaming industry’s leading supplier of server based gaming (SBG) and has expanded in its 15-year history to open offices all over the British Isles and continental Europe.

Players can hope to find a bit of success when they play the slot machines provided by Inspired Gaming because their games are all designed to be feature-rich when it comes to the gameplay, so you should definitely try some of the other titles in this series, like the original Centurion slot, and the Centurion Free Spins slot. 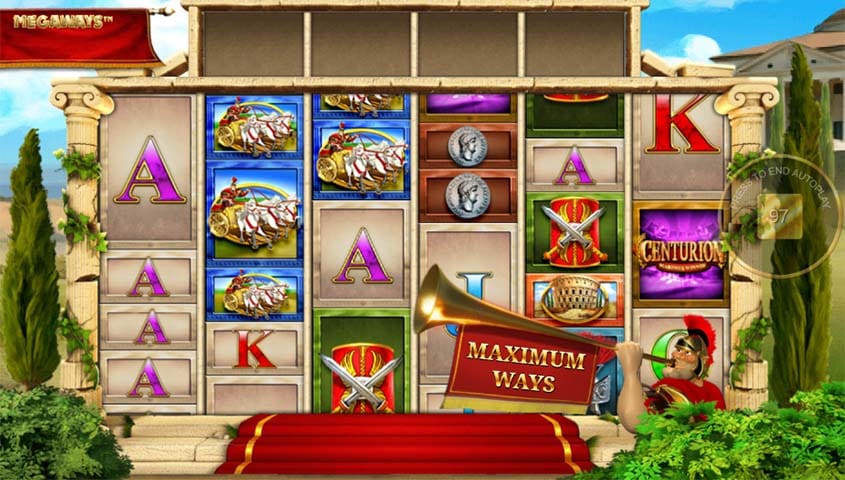 Mega Reel is the home of the best online slots you can pay by phone bill with some of them having 500 free spins. Centurion Megaways has a stone-effect framework, a Roman villa and a lush landscape behind the reels to add to the amazing style.

The seventh reel above the middle four reels spins horizontally as the red banner that is above the reels shows the current number of ways. You can play the Centurion Megaways slot machine with a bet of between 0.20 and 20.00 per spin.

You can win 12,500x your total stakes because it’s not exactly a high maximum bet and the potential for huge payouts is there in any spin. 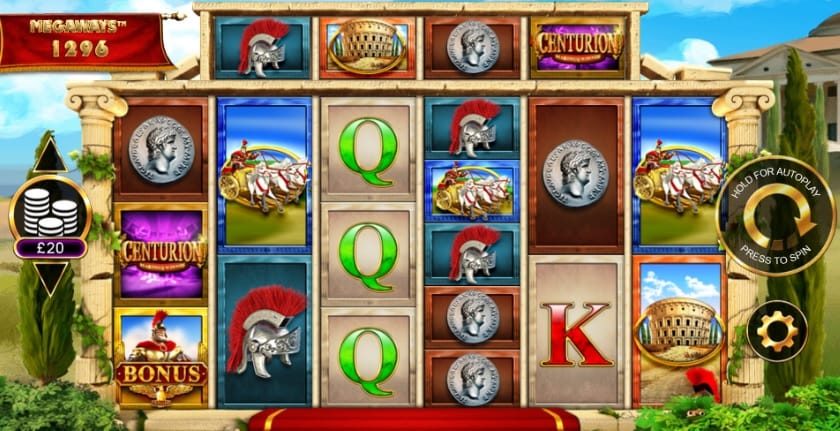 Each online slots on Mega Reel 500 free spins casino has amazing bonus features on offer. Centurion Megaways is not any different and has the following features: 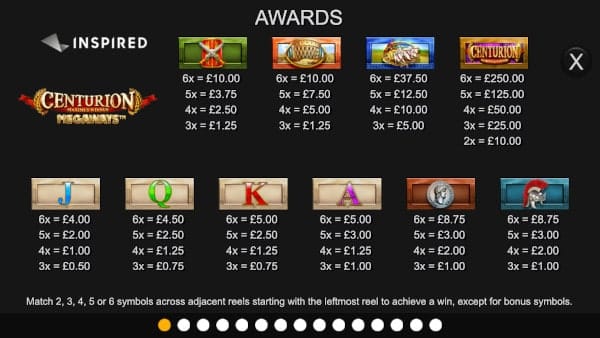 Our Verdict on Centurion Megaways

Red Tiger Gaming have really outdone themselves with this slot which you can enjoy on Mega Reel the home of 500 free spins. This is a game packed with style and features with the in-game modifiers and range of extras from the bonus wheel making it stand out.

The bright sunny visuals are also something that is hard to resist if you love slot games with free spins like the Brazil Bomba slot.