Captain Shockwave is a really creative slot game. Looking like something out of a superhero comic book, within itis a narrative of your main protagonist, Captain Shockwave, himself, as he grows from a child to a man who can control sonic waves.

Like something out of Marvel, this colourful and explosive slot game really has a sense of originality to it. The developers have effectively invented their own superhero and revolved a slot game around him, with plenty of symbols that relate to the well-thought-out theme.

Captain Shockwave is also a 5 reel slot with a hefty 50 possible paylines, all of which are decorated with these comic book-like graphics that bring this slot game to life. The colours are warm and the old school charm of the characters and narrative give it a very retro charm.

There’s a lot to enjoy about this uk slot games, with a detailed backstory to your companion’s existence being evidence of the effort put into this. A free spins feature also exists within this one, always a popular element to slot games and this one also offers a nice multiplier within it too.

Also, this is surely one of the best-looking slot games on the market with beautiful illustrations and swift animations making this a truly super slot game with a super hero theme. 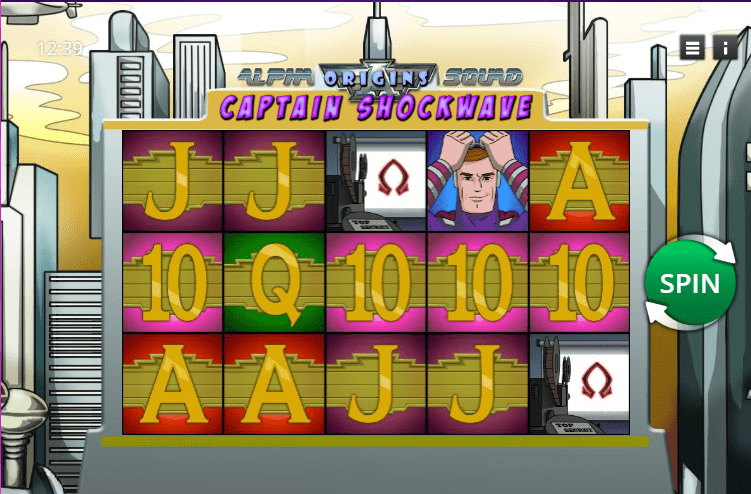 Captain Shockwave acts as the wild in his own game and one bonus is that in any winning combination featuring our hero, the win will be doubled. Also, as a wild, he can be substituted out with any other symbol bar the scatters.

Also, this game comes with a free spins feature. Activated when you land at least thereof Sonar the Dog, the superpower pet of Captain Shockwave, all wins that you get here will be hit a handy multiplier. That stands at 4x, making some of your good wins into supersonic ones.

Saucify are the developers of Captain Shockwave and as such, are responsible for bringing him to life. Here to save the day, they’ve created a really likeable superhero who will hopefully save your day with some nice wins.

In terms of graphics, Saucify have really gone to town on this one, created a beautiful looking slot game with a quality theme. Such features are typical of this developer who, despite being a fairly new name of the slot game scene, are leading the way with likeable games such as this one. 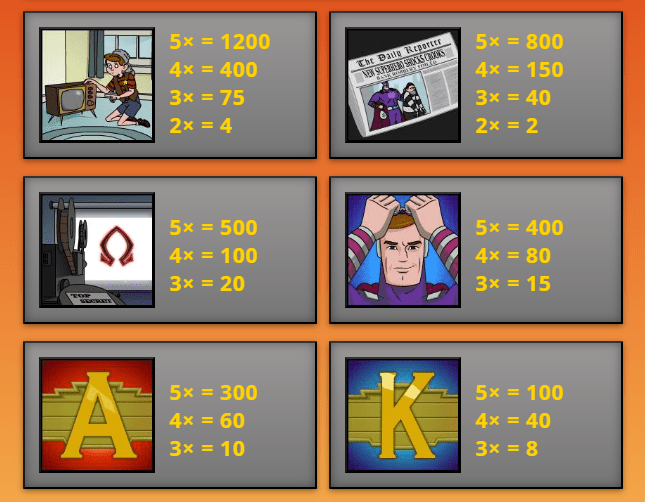 If you’re a fan of how deep the developers can delve into the themes of their slot games - in the same way that Captain Shockwave explores a whole superhero narrative - then maybe a game like Reptoids is another option. With a supremely detailed plot that focusses around a 1960s alien invasion, Reptoids has all the feeling of a motion picture within its reels. Lastly, if you prefer an older figure, then Captain Cashfall is your game!