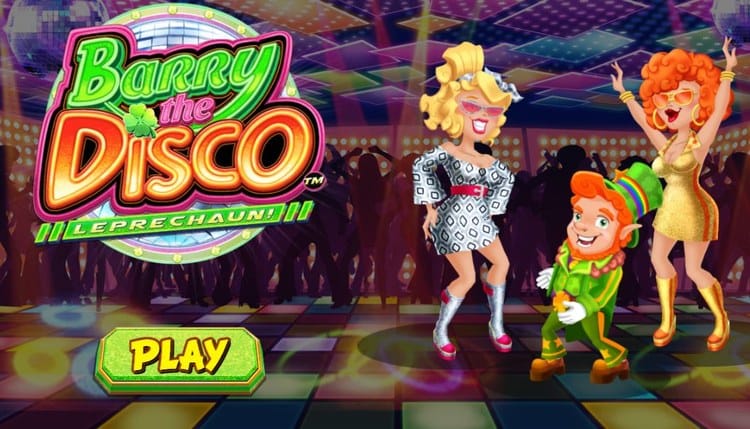 These games available at slot sites free spins has been brought to you by Leander Games, with hilarious and fun graphics, a brilliant cartoon style and a disco star, this is the edgiest and unique angle on the leprechaun theme that we have seen in a long time.

A leprechaun is a fun and mischievous little character made all the more so when it is transformed into the star of the disco! The layout of this game consists of 5x3 reels, and all with 30 active pay lines at all times - which is quite generous. More generosity comes in the form of a huge win of $60,000, and this online slot games has an RTP of 95.6%.

Leander Games are the makers of 278 online games for 132 online casinos with 63 partners and 11 jurisdictions under their belt. Not bad. According to the Leander Games website, they are an industry-leading games studio with a presence in the biggest operators out there with a huge and ever-growing portfolio which boasts localised games for 31 countries and certified for most major markets.

As well as Barry the Disco Leprechaun, Leander Games are the makers of other popular and well-known pay by mobile slots titles which includes: 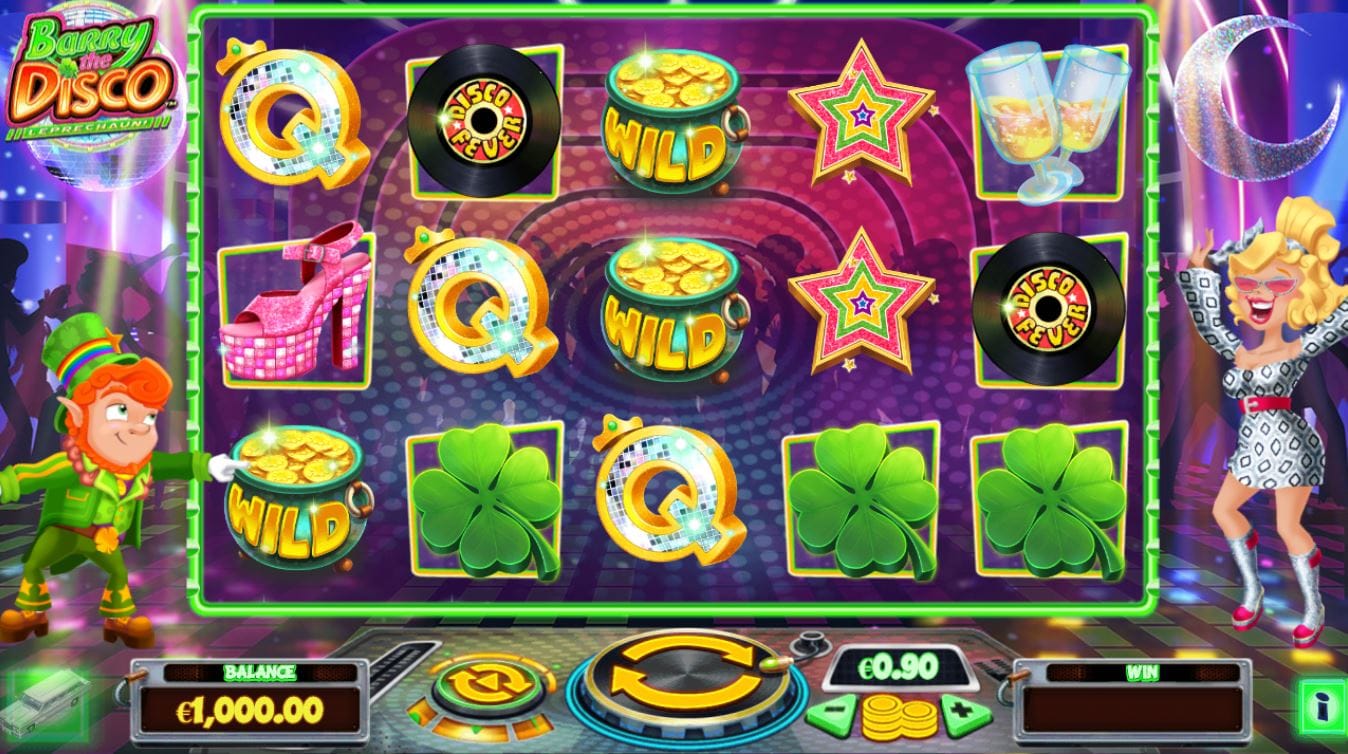 About Barry the Disco Leprechaun and Bonus Features

This online slot game offers players a great and generous list of available features, among which include the traditional wilds, scatters, re-spins, drama reel re-spins and free spins too. When it comes to these symbols, it is worth knowing that there is one of the two symbols which is able to pay out up to $2,000 for any singular winning combination.

Not only that, but players of this online slot game get the added benefit of the wild, which is able to help you out as a sub for any of the other symbols and as it shows up as a part of winning combinations it is able to do its job multiple times in the long term. If there is only two scatters which land, a re-spin feature is triggered which gives any player a second chance to get a third symbol, and this is needed in order to give you free spins.

But that is not all, there are even more re-spin features where that came from. We have the Drama Reel feature first of all, which includes expanding wilds and this starts with a wild symbol that will expand and cover the reel it is on, triggering the re-spin next. This means that gamers can end up on the whole with five wild reels, as re-spins just keep on coming when new wilds get landed. 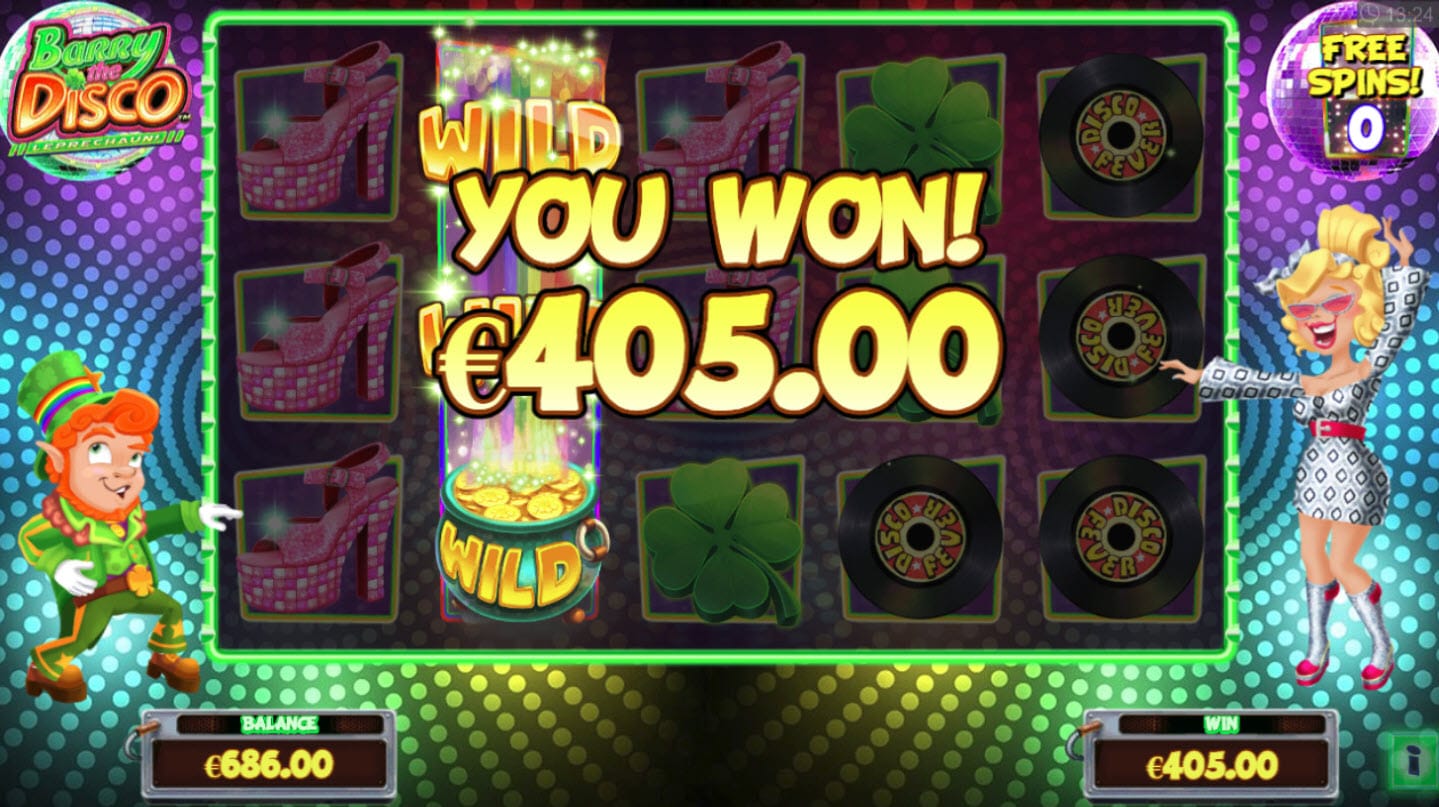 Final Review of the Barry the Disco Leprechaun slot game

When it comes to the free games spins with this online slot game, all you need is three or more scatters and this will trigger the free spins feature. There is, however, a small feature beforehand, and this is what will ultimately decide how many free spins you will get. Join today and play now!