The ancient Aztec empire was a mighty world power back in the day and it seems fair to brand them as the Amazing Aztecs, which is exactly the name of the latest release of this game which can be played at Mega Reels.

This 5-reel, 3 row slot game has 243 ways to win and there is no pay line structure like some other online slots. This game keeps things simple and easy to play and there are some great cash prizes up for grabs so there's no better time than now to start playing!

Microgaming was established back in 1994 and they now have over two decades of gaming software experience. Based on the Isle of Man, they produce some of the most innovative and sophisticated online slots games on the market. In fact, their games are so well made that they even won the Innovation in Slot Provision at the EGR Awards.

They are leading the way when it comes to making strides in the slot gaming industry, with their Dark Knight Rises game being the first ever online slot to be optimised for the Samsung Galaxy Gear 2 Smartwatch. Additionally, their Mega Moolah slot even holds a Guinness World Record for the biggest jackpot pay out in the history of online slot games! And you can  play online slot games for free here at Mega Reel.

They are continuing to make a splash in the world of slot gaming as they have produces over 600 slot games to date with more being made each year.

Some of their most notable slot titles include: 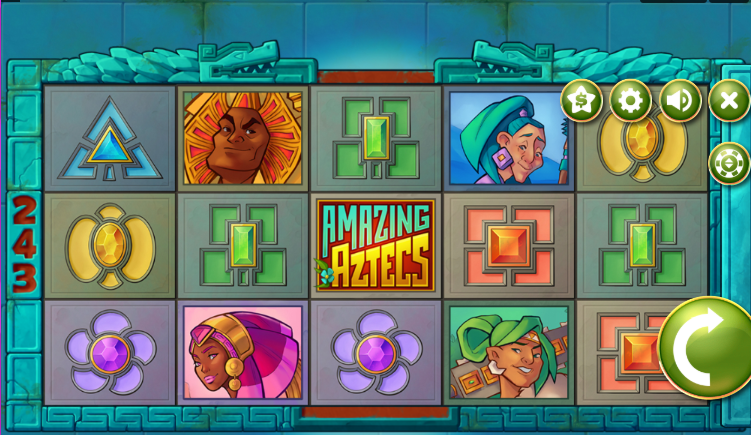 This slow mobile slots can be played on all of your favourite devices from as little as 10p or as much as £100 per spin. There are some amazing cash prizes up for grabs especially in the Giant Re-Spin feature which will help you get even more winning combos.

There are a range of symbols to look out for which can make winning combos paying out different amounts. These symbols include the orchids, marigolds, lillies, tiger flowers and hibiscuses. There are four characters which will also appear on the reels, including the Shaman, Hunter Chief and Princess. The Aztec Logo symbol is one of the most valuable as you will be rewarded with 10x your stake when you get 5 of them on a pay line.

The Giant Re-Spin feature is activated when you get a winning combo and if a symbol in the winning combo is highlighted. During this feature, only the highlighted symbol and all others like it will come into play.

This feature also has 2x2, 3x3 and 4x4 blocks of the highlighted symbol which appear to increase your chances of winning. This can result in the reels being filled with the same symbol to ensure more wins, and you are guaranteed to win at least the amount you when the feature was activated. 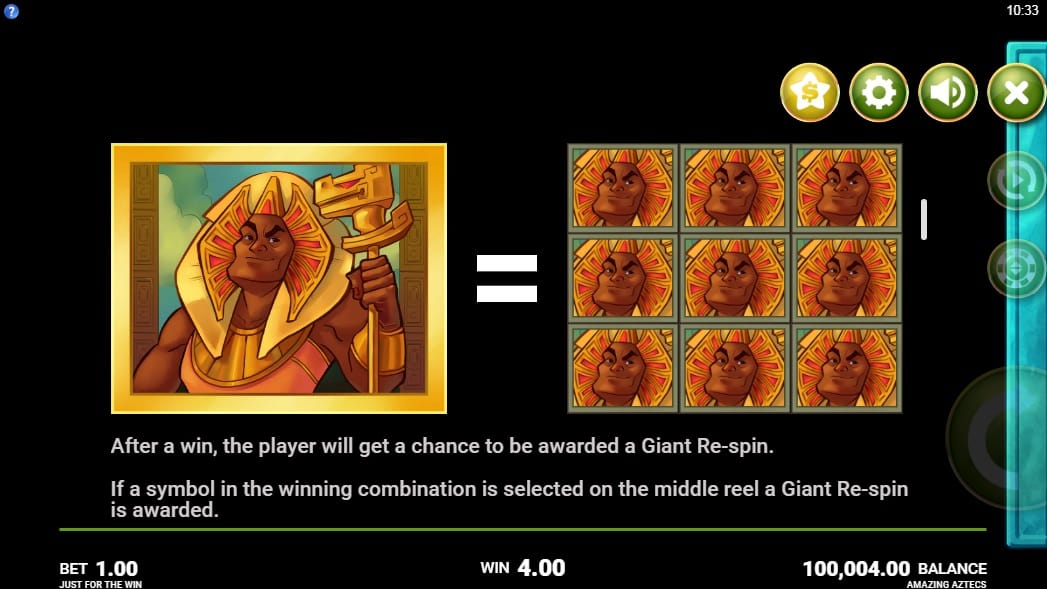 This game is lots of fun and easy to play, and with so many great chances to win and some great cash prizes up for grabs, there is no better time to start playing! However, you can also try out Aloha! Cluster Pays Slot.