Tradition has been chucked out of the window in A Dragon’s Story, where you aren’t rooting for the brave Knight, but backing Ruff the Dragon. It’s always more fun backing the underdog anyways. The objective of the game is to assist Ruff in guarding is lair which is full to the brim of gold from the greed Knight Sir William who is on a quest to steal Ruff’s gold.

You will be rewarded handsomely for retrieving the gold, burnt armour and the Knight and Ruff will also make sure fortune is in your favour by giving you bonuses if you help him out. Try it today at Mega Reel, the best place for free spins.

The developer behind Ruff the dragon is one of the world’s biggest independent phone bill slots  suppliers, NextGen gaming who have certainly left their mark on the gaming industry. One thing that makes NextGen games so successful and popular is that they are full optimised for gaming on tablets and mobile, so you can enjoy their games wherever you are.

NextGen gaming have been developing innovative and exciting games since 1999 and have provided some ultimate favourite games as they make creating fun and entertaining games their prerogative. As well as A Dragon’s Story, check out these other games that will spark your interest: 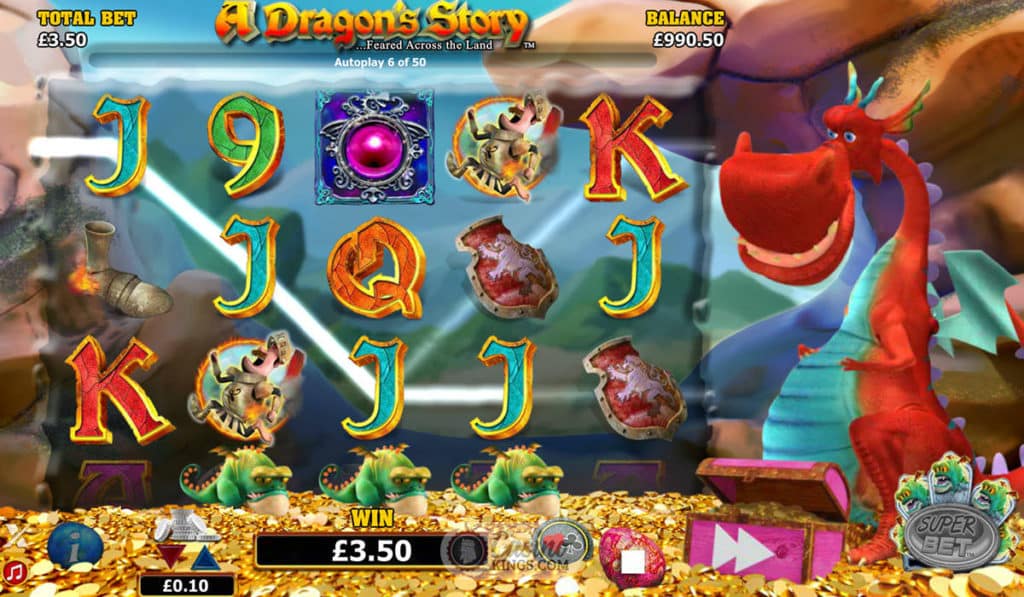 The game is an epic medieval twist on the dragon and knight fairy tale and will have you grinning along with Ruff the dragon as you help his defend his loot. The fun and fiery slot game consists of 5 reels and across 25 fixed paylines and will leave you with a grin as large as Ruff the Dragons.

The star of this game is a not so ferocious red and blue dragon called Ruff who is sat surrounded by his riches and treasure chests filled with gold. On the reels there are lots of themed symbols including the Knight, shields and burn armour as well as brightly coloured letter and number symbols.

There are huge bonuses to be won in this epic fairytale including free games, a Gamble feature, Wild Dragons, Scattered jewels and the Brave Sir William Bonus. If you’re courageous and lucky enough to bring Sir William to Ruff, you'll be rewarded with up to 500 times your original stake and if you also recover the stolen treasure can get you up to a whopping 1,000 times your stake. As if that wasn’t enough, there are also nine different ways to stake as well as an extra Superbet if you fancy playing enhanced reels.

Why not try some of our other games and play free casino games today? 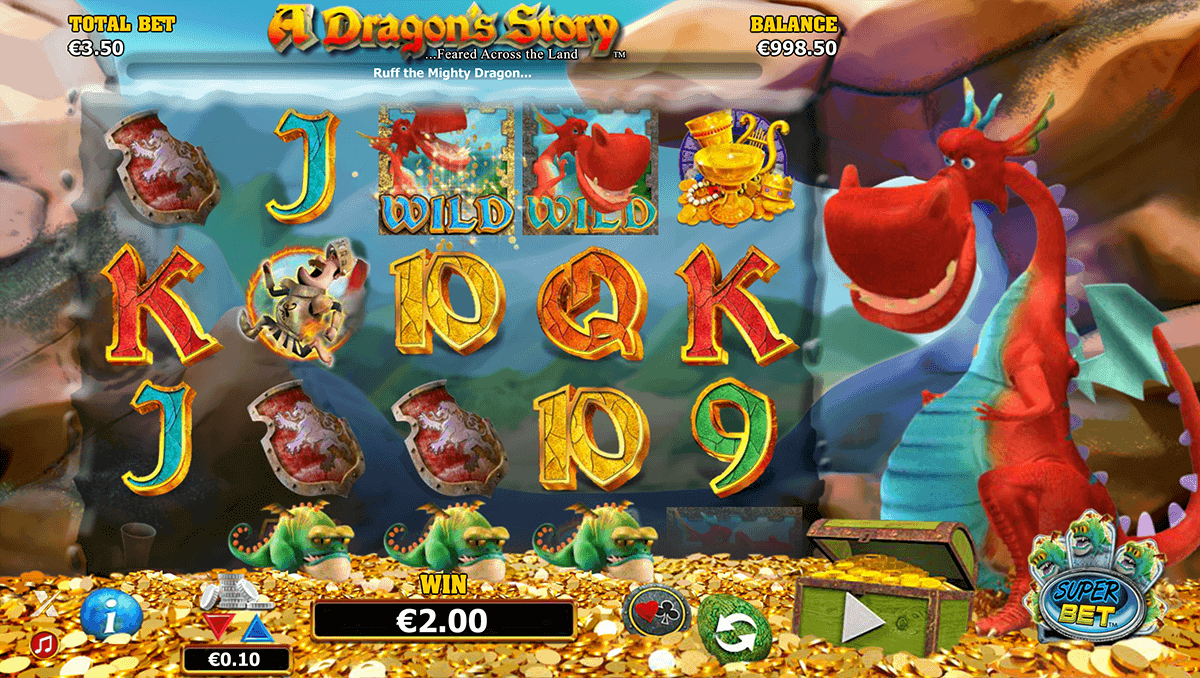 This game certainly isn’t a drag but will definitely drag you into the medieval tale with its immense characters and exciting storyline. With fantastic bonuses and the exciting gamble feature this slot game is on fire!

The animated graphics ignite your imagination and make the dragon and his lair stand out, glittering with gold. The character Ruff rather than feroscious, is quite lovable with a huge grin, ready to singe the dastardly knight for stealing the gold so makes for a very enjoyable and enchanting gaming experience.

If you liked this game, why not try 99 Time Jackpot Slot?