Take a trip to the fairground where the big top is surrounded by stalls selling candy floss, balloons and sweets, and there are heaps of deceptively simple games offering gigantic soft toys and goldfish in plastic bags as prizes that no one ever seems to win.

Doubleup Ducks draws on the imagery of those heady days at the fair but instead of offering the chance to win a huge stuffed teddy bear, you can wish cash prizes. Three rows, five reels and delightfully bright images make for a fun gaming experience harking back to the simple games of childhood, here on Mega Reel.

Playtech, the company that bought Virture Fusion, is now the largest gaming company trading on the London Stock Exchange. Founded in Estonia in 1999, it has numerous strong partnerships in the gaming industry and works continuously to develop cutting edge gaming software and pay by mobile slots.

Their apps include poker, bingo, sports betting, casino, fixed odds, live and casual games that work across several platforms. They also work more broadly in the financial industry and seek to make technology less intimidating for platform users. Some of their other onlineslots games you may know include:

•Age of the Gods 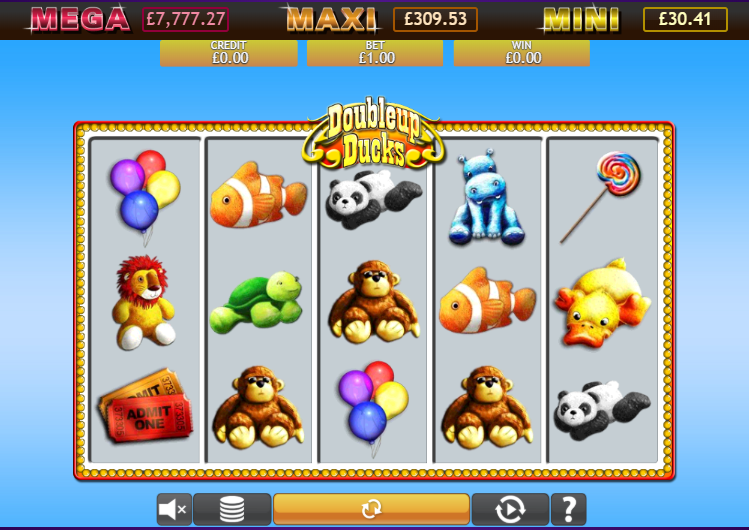 This is a simple game from Playtech’s earlier days as a slots games developer, but it still has plenty of charm. It has the standard five reels, three rows and up to 25 paylines with a brightly coloured design that’s surprisingly detailed. A starry, theatre stage frames the game’s main action, where a collection of icons spin on the reels. Adorable fairground ducks line the bottom of the screen.

Symbols include a collection of soft toys, like a lion, a turtle, a gorilla and a panda. They’re so well drawn that you definitely want to give them a cuddle. There is a bunch of balloons, a rainbow coloured lollipop and a pair of paper fairground tickets. There’s also a goldfish, though this one is liberated from the plastic bag he normally swims in, waiting for children to take him home.

A pink elephant sitting inside a heart is the wild symbol, which gives players double wins. The scatter is a yellow duck in front of a target - the short you shoot to win prizes. Landing at least 3 of the ducks gives you 15 free spins. The game’s jackpot feature means the winnings are uncapped, as the winner takes the entire jackpot that is built up by all game players. 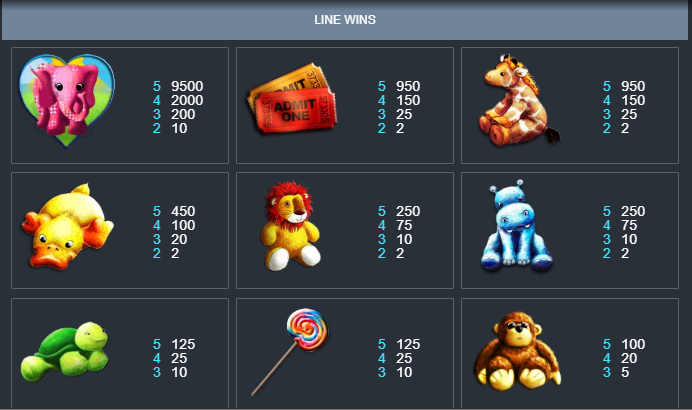 This is a lovely game brimming with childhood delights and a straightforward gameplay experience, but the potential for uncapped winning with the Jackpot feature makes it much more exciting. The symbols are bright and fun, and a great reminder of all the fun to be had a fair and the excitement it brought as a child.

Rather than having the potential to win some silly prizes, this grown-up version of those fairground games is much more appealing with its cash prizes, so grab some sweets and head down to the big top to see what adventures unfold. If you enjoyed Doubleup Ducks Jackpot why not try Doubleup Ducks slot.