Are you ready to enter the ancient and mystical world of the golden dragon? Let this free slots game whisk you away to a faraway land of wealth and luck and see if you can win big. The reels are set on a giant ancient scroll in keeping with the theme and it seems to be floating, with a blue sky and fluffy clouds making up the background.

Let the gentle colours and graphics, paired with the authentic Chinese music, immerse you into this game and in no time, you will join the mythical creatures of Chinese culture as they float through the heavens above.

Genesis Gaming are one of the newer kids on the block, having been founded in 2008, but since their inception they have worked hard and have an impressive portfolio of over 80 casino slot games. Their games are known for fun and visually stimulating designs, with fresh new feels being produced all the time.

The company has spread from the US all the way to the UK and they strive to provide the best possible service for their customers by making sure their technology and interfaces are always up to date. 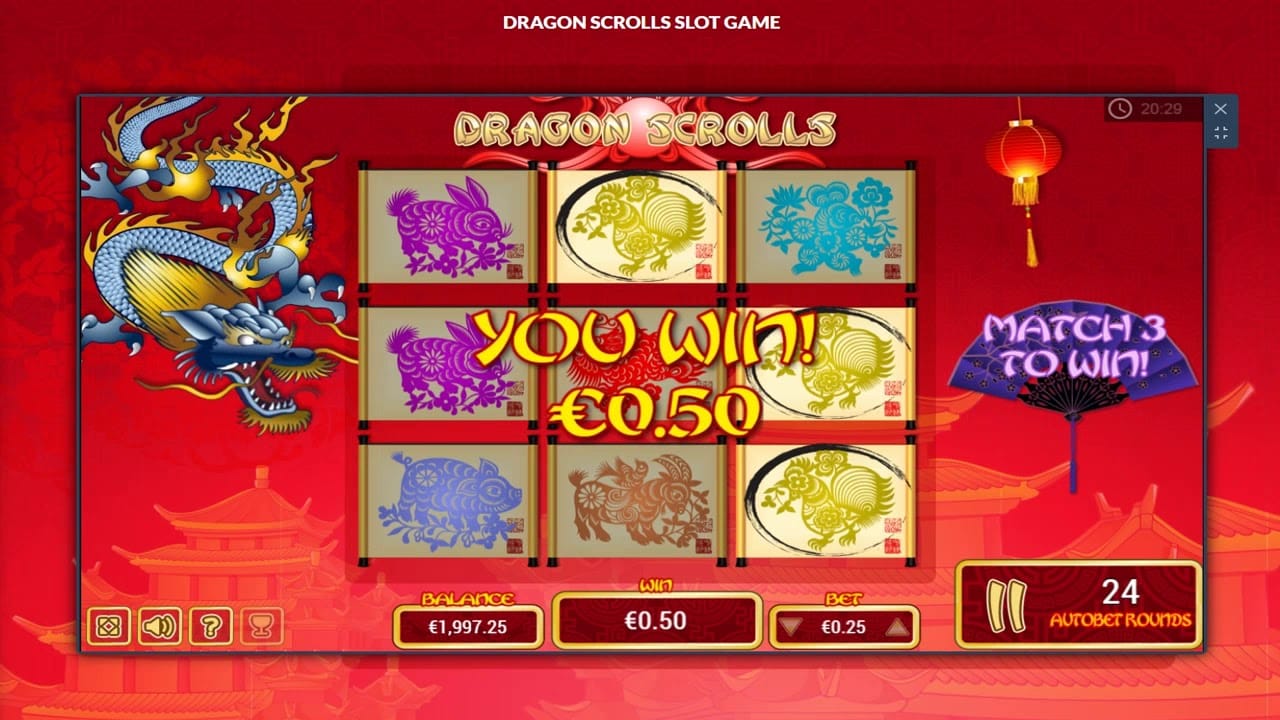 It seems that Chinese culture and the mysterious symbol of the mythological creature we know as the dragon, have always lived hand in hand. Since ancient times, dragons have been depicted in Chinese culture and folklore and have appeared in many different forms.

They can be seen as fish, like in this onlineslots game, and as turtles but will most commonly be known and seen as the four -legged snake like creature, made popular by the character Mushu in Disney’s Mulan. The dragon is not just a fun character in China, it is a symbol that represents power, and many below the dragon controls water, floods and typhoons.

Enter into this mystical and alluring world of the Chinese dragon and learn the rules of this online mobile slots game;

THE WILD SYMBOL: The Wild symbol in this online slot game is represented by the open- mouthed Dragon symbol. It will substitute for all other symbols on the reels except the Scatter symbol.

THE SCATTER SYMBOL: The orb and dragon claw in this slot represents the Scatter symbol and scatters will pay in any position.

STACKED WILDS: Stacked Wilds occur when all Wild symbols on every reel are grouped together, making a 4-high reel Wild. This only happens in bonus reels. During the free games feature, bonus reels will be in play.