This is your chance to overthrow and beat the Warlords in Warlords Crystals of Power. The game is centred on an epic Medieval battle for supremacy between the game’s three main characters, the fierce Samurai, the bewitching Priestess and the terrifying Barbarian.

Each of the warlords have their own creature alter-ego, the Samurai has the Wolf, the Priestess the Panther and the Barbarian has the Warthog to help them in their battle for victory. The characters are introduced at the start of the game as the trio make their grand entrance with dramatic poses to signify the battle has begun. Find more daily free spins on Mega Reel.

NetEnt are a premium developer of slot games. Click here to play mobile slots now from this developer 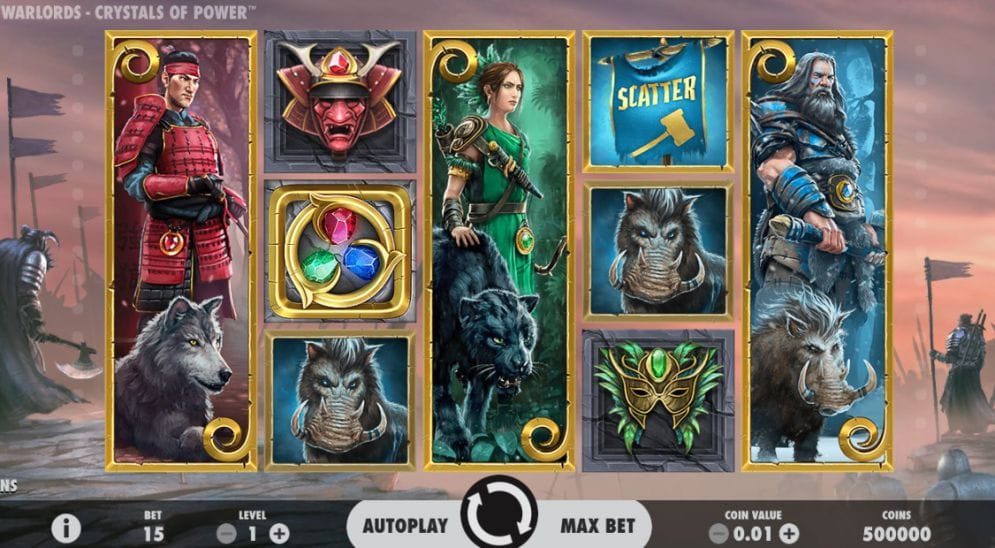 Warlords Crystals of Power an enticing fantasy slot games that consists of 5-reels, 3-rows and 30-line slots. The game features Wild exchanges, free and re-spins, stacked symbols, scatter symbols and random features which keeps its players on the edge of their seats. The exciting game combines medieval battles with striking creatures and dazzling crystals.

The alter-egos of the three warlords give the game another element, igniting the imagination of the player and reeling you into the game with every spin. The vicious wolf, chilling warthog and mysterious panther accompany their masters in the battle for the ruler of the world and offer a striking visual contrast with their vivid colours.

The dramatic medieval warrior style music adds to the atmosphere created by the stunning graphics, creating an epic gaming experience for the player. In Warlords Crystal of Power slots online one of the best features of the game is that you triple the excitement with 3 different free spins for each of The Samurai, The Priestess and The Barbarian which are each scatter symbols. 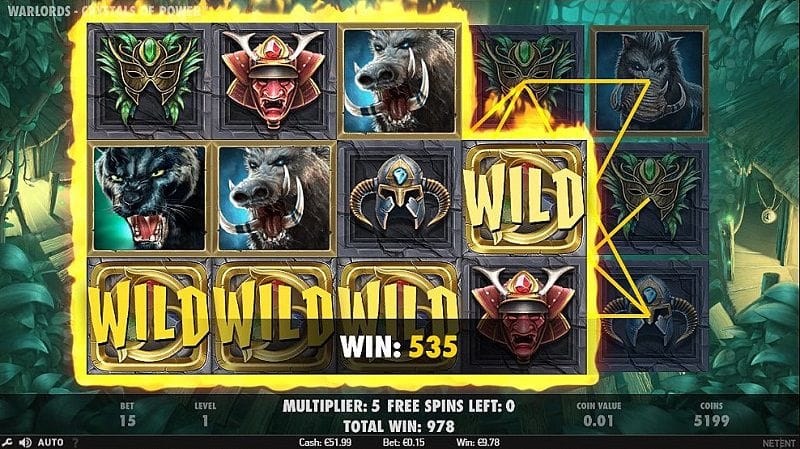