Football fans will love this football themed online slot game from Elk Studios. This realistic football game will have you Mexican waving all over the house as you spin across 5 reels and 20 pay lines. Get your footie boots on and get ready to win some real cash prizes online.

When the game opens the atmosphere is already in full swing with the football stadium full of rival fans, both desperate for their team to win. The crowd noises make the game even more immersive and really get you involved with the gameplay. The lights are shining down on the pitch, lighting up the reels and building excitement. On the reels, there are football fans from the two different teams.

One in blue and one in red. There are cheering and shouting for their side. There is a beautiful cheerleader for the red team, and players from either side also make an appearance with some even facing off against each other. The whole tone of the game is very tense and excited. If you love football you are in for real treat as you play for real cash prizes right here at Mega Reel a free spins casino.

Elk Studios are a Swedish company that have been around for a few years and they have released a lot of really impressive onlineslots games. They pride themselves on the very beautiful imagery used in loads of their games. Every game they release has its own unique qualities which make them a world class developer.

The attention to the finer details really enhance gameplay and the audio helps create an immersive experience. If you loved this Elk Studios game, check out some more of their amazing titles. We would recommend you check out Wild Toro, The Lab, or Sam on the Beach. Click here to find more slot games! 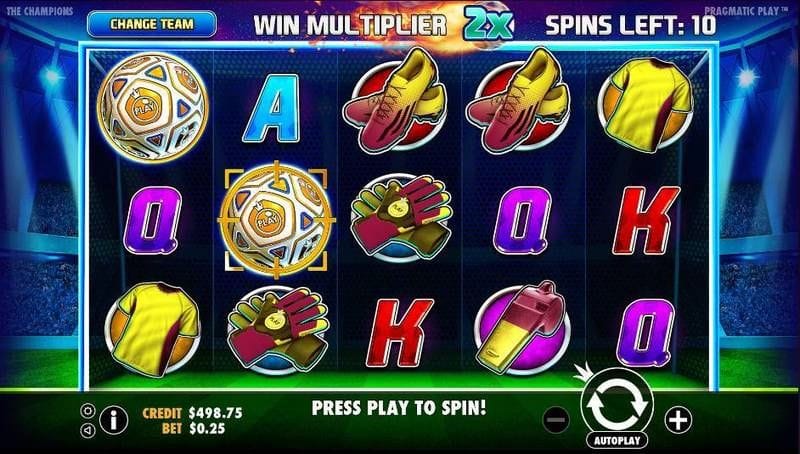 Elk Studio’s are certainly not shy of adding a few extras and bonus features into their mobile casino slot games and giving you the chance to really win some big prizes. Check out the details of the game if you want to start playing right away.

The first symbol to consider is the Champion's Goal symbol which acts as the game’s wild and substitutes all other symbols except for the ball, trophy or referee.

The next cool feature is the derby free spins which are triggered by the footballs and the wins for this feature are multiplied by 5. Colliding free kicks clear all symbols. You can collect extra minutes and extra spins for every scatter trophy during this feature. Referee triggers sticky corner and one re-spin with sticky wilds in each corner.

The next feature is the cascading Tifo, and 3x3 symbols from the same team trigger this feature with 3 extra rounds.

The red flare symbol is one of the highest paying so keep an eye out for that. 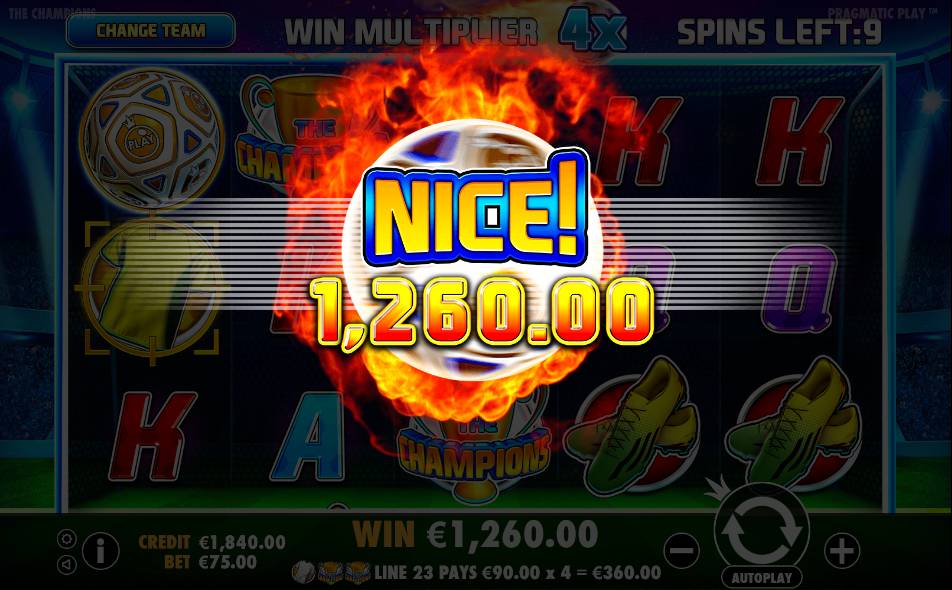 This slot is perfect for football lovers and some really amazing features and bonuses but if the sport isn’t for you, best to try another Elk Studio’s title instead. If you liked this game, why not try Tennis here at MegaReel?