Street Fighter II online casino slot needs no introduction because of its derivation from the classic arcade game with the same title. This free spins promotions slot has all the features and characters as its arcade counterpart. The only difference is that the fighting character you choose in the beginning plays the slots for you.

This gaming slot shares the same 16-bit graphics as the original arcade classic, hence making it an ultimate favourite. Players can slot anywhere they want with Street Fighter II being accessible from any available portable device.

NetEnt is the name behind the famous Street Fighter II mobile casino slot. This team joined hands with Capcom, and both the innovators combined their expertise for bringing the classic back to the players as a rewarding casino slot in 2020, unlike any other free spin slots out there.

Not only did NetEnt do justice to the original game but it also brought memories back for the Street Fighter II lovers, who instantly started following its slot alternative. From the look of the characters to its sound effects, everything is to die for! Ask the fans of Street Fighter II.

Since Street Fighter II online slot’s release, its developers have been working their socks off to keep up with their own standard and doing a great job so far with every new slot they release. 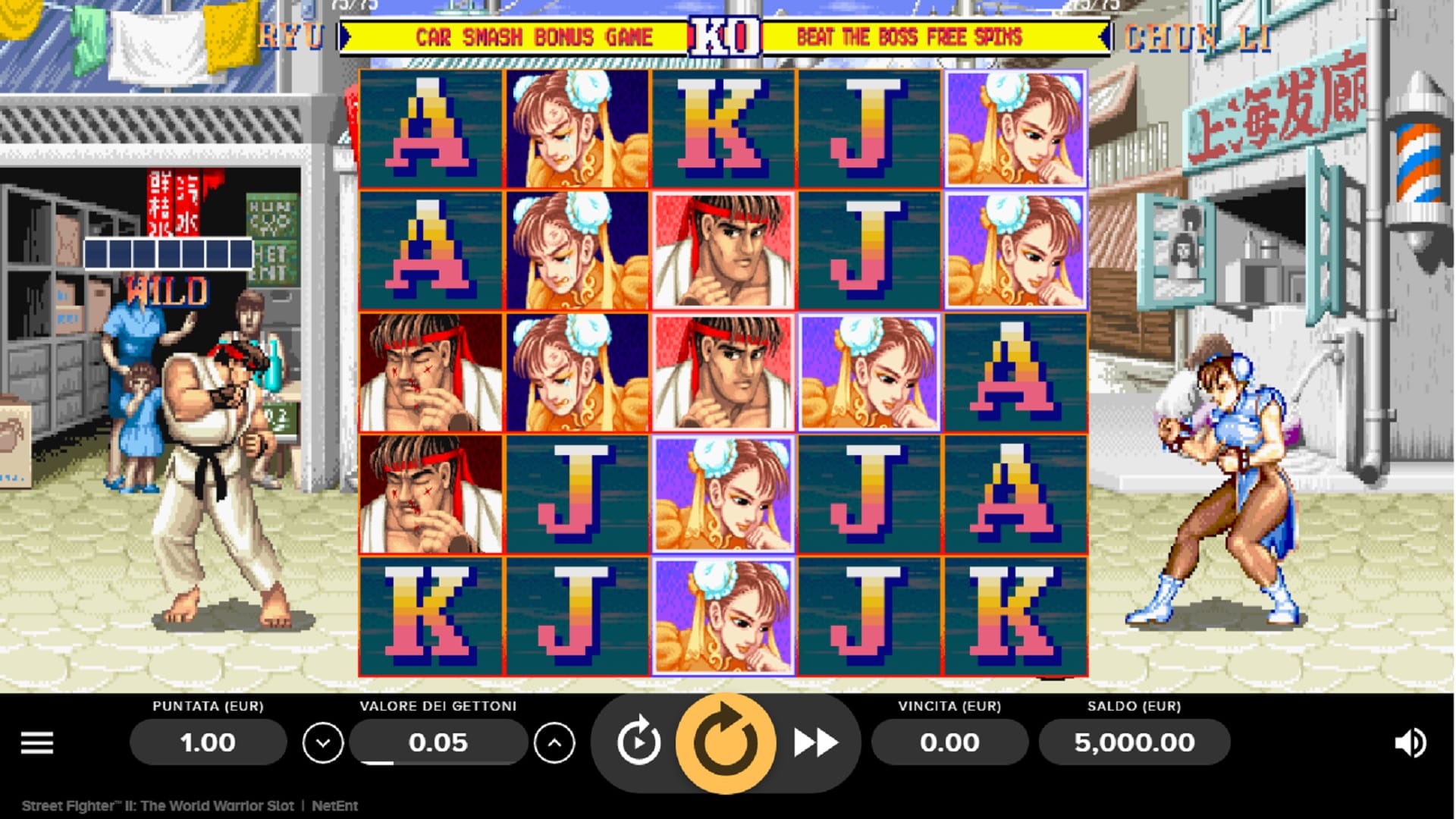 Street Fighter II onlineslots presents a 5x5 grid and introduces the unique Cluster Plays mechanic into its gameplay that you won’t see quite often in normal casino games with free spins. Players have to find 4 or more similar symbols appearing in clusters; they indicate winning combos.

There is a two-player mode as well where players can bet against each other with their respective characters standing at each end of the grid. There are Victory or Defeat symbols that players need to hit for earning winning combos and defeating the opponent at the same time. The more victory symbols you have in your combos, the better will be your health points.

The bets in Street Fighter II slot range from 20p per spin to £700 per spin. There is a special Autoplay function that gives you up to 1,000 autospins. It can be customised further if you trigger the Beat the Boss Free Spins feature.

Other symbols appearing in Street Fighter II online slot are low-paying A, K, Q and J royals. There are wild symbols as well, with total substituting power. 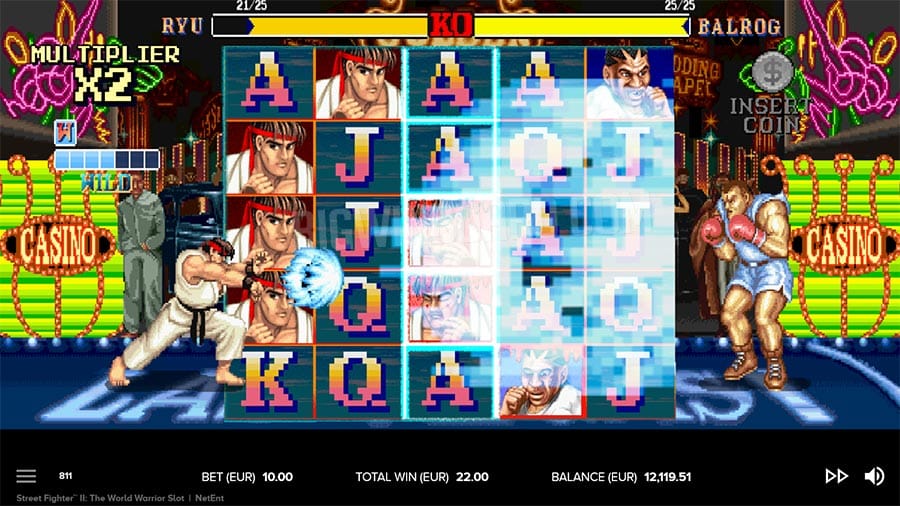 Then, there is a special Insert Coin Gamble feature as well which gives you a chance to reactivate the Beat the Boss Free Spins feature if you lost in your first try. You can do that by spending some of your rewards earned. 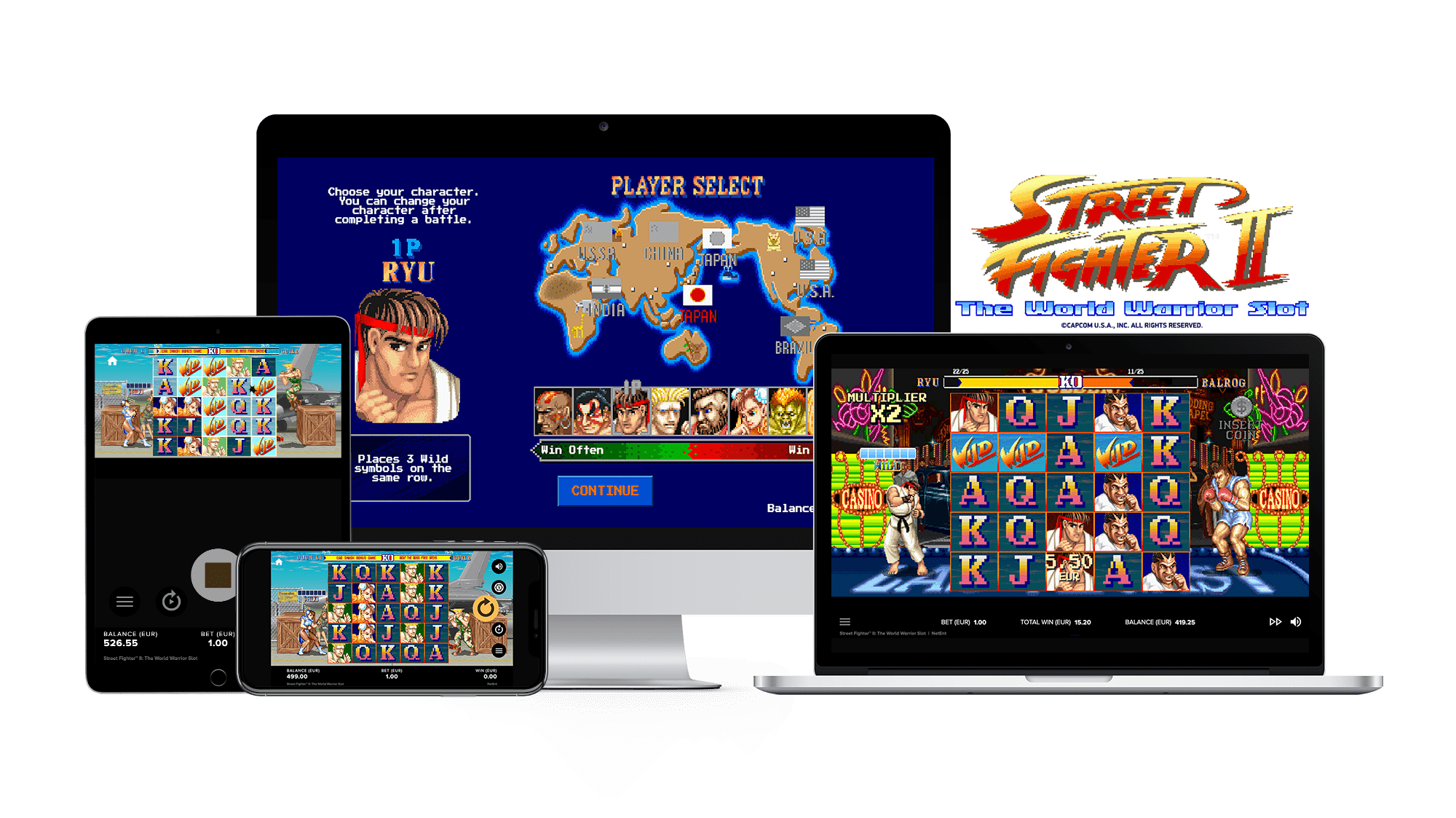 Street Fighter II online slot is undoubtedly a smasher in the world of free spin games. The rewards, bonuses, free spins and the gameplay all create an unforgettable slot experience for modern-day players.

Although it is too interesting to hold back from, try playing Street Fighter II slot in demo mode first to strategise before you get into serious business; you can try some at Mega Reel. Then keep hitting clusters and activating bonus features to make your way up to the top. For the biggest wins, Beat the Boss Free Spins feature is the one to look out for. The stakes can go as high as 7,142x.

The RTP of this online slot keeps changing with every new character. But whatever you pick, the rewards will make it worthwhile. For more great slots, check out the cartoony Spartians slot.