Halloween is like the prelude to Christmas and we're ready at Mega Reel where you can find free slots uk. SpellCraft is a 5 reel 27 payline slot by Playson with a Halloween theme. It’s based on 3 witches and has 3 exciting bonus features.

The slot has an interesting Ghost Reel feature which rewards 6 matching winning combinations from 6 reels and close to 30 free spins. There’s also The Power of Three feature, a Bonus Game feature and expanding wilds. Stakes start from 27p to £81 per spin and the game is accessible on all devices.

Playson was established in 2012 and is considered a newbie in the mobile casino industry if you compare it to other game developers who’ve been in the industry for decades like Microgaming. The company has barely operated for a decade, but is already expanding, showing that it is highly ambitious and also ready to compete.

Playson has more than 250 hires across all their offices. They also have solid business relationships with some of the most respected brands in the industry, including 1X2 Gaming and Leander Gaming. 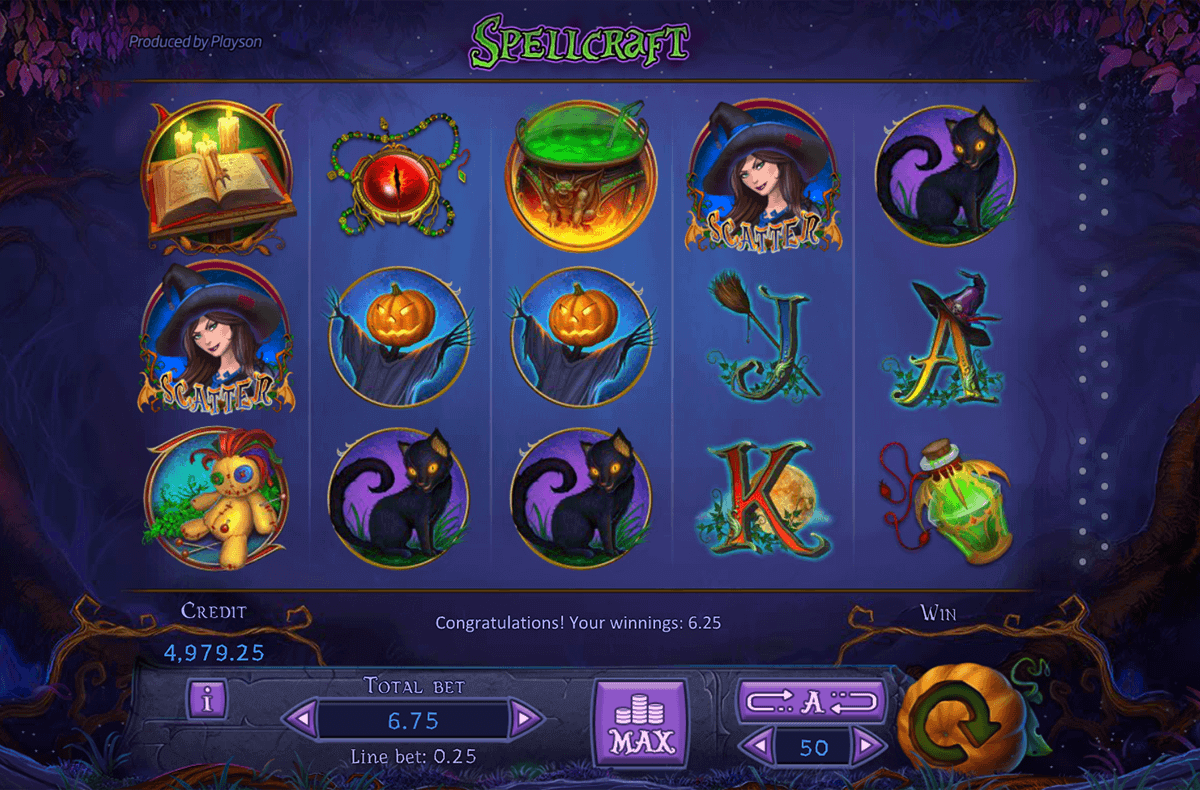 SpellCraft new online slots has a spooky theme and a total of 3 bonus features. If you scare easily, then this slot might not be for you. The game setting is a spooky forest and your mission is to evade the 3 witches who want to put a spell on you.

There are the usual playing cards on the reels which are designed to match the theme of the game as well as pumpkins, amulets, cauldrons, black cats, potions and voodoo dolls. The spell book symbol pays the highest value of 600x your line bet if you land 6 on a payline.

•Power of Three feature- This feature is activated when the scatter, wild and bonus icons appear on the reels at the same time. The wilds expand on any reels they appear on. In the main game, wilds will only land on the 3 reels in the centre.

•Bonus Game feature- This is played when a punter lands 3 or more blonde witch icons–it’s like a pick me game with 4 rounds where the goal is to choose 1 of 5 objects to reveal double multipliers, coins which reward cash prizes of up to 4x your wager, potion ingredients which reward up to 30x your bet and the special disclosure feature which grants you access to all the objects in the round and rewards you the corresponding prizes on offer. 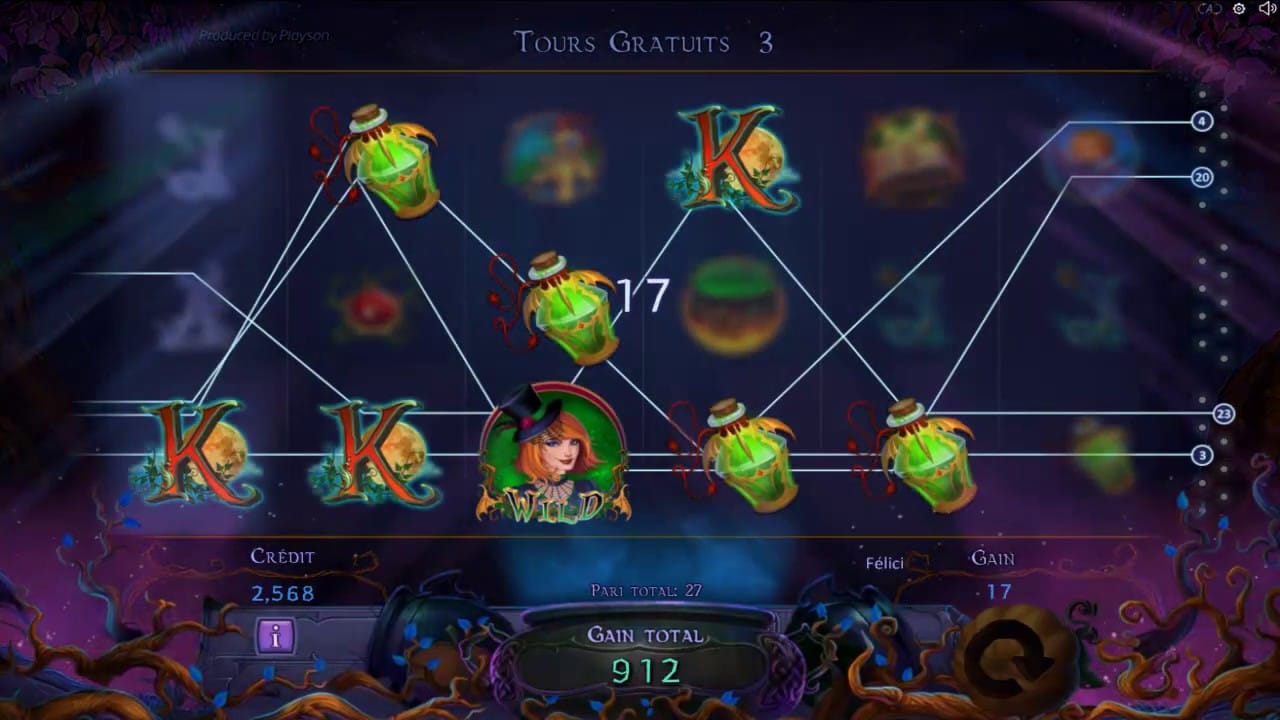 SpellCraft looks great and has a fantastic sound. The biggest wins are likely to come during the Ghost Reel feature. This is largely because you have the possibility of getting wilds on 4 reels and/or 6 matching winning combinations.

This slot has a medium variance and is recommended for anyone who wants to feel a Halloween vibe. Need another spooky slot you can try Spellcast slot.