5 reels and 25 pay lines provide your frozen tools to carve out a win in the icy kingdom ruled by the Snow Queen in this online slot game. With a fairy tale theme, there’s an essence of magic here amongst the frost and a selection of bonus that have the potential to warm you up with some size-able wins on offer here. For more potential click this link.

2 by 2 Gaming are the developers of Snow Queen Riches and they’ve done a good job with some really well-designed graphics and animations that keep this chilly game ticking over. 2 by 2 may not be the most well-known developer in the slot game scene, especially in comparison with the likes of Eyecon and Barcrest, but their catalogue is always growing with new all games for you and is consistent in terms of quality, too.

Their games are often fully-optimised across all of tablet, mobile and desktop, too, and Snow Queen Riches is no different to the rest in that respect, meaning that you can take this icy realm with you wherever you go. The minimum bet and even the maximum bet is fairly low in this one, with bets coming in between 25p and £25. Some of the major high-rollers may look elsewhere to put down triple figure bets, but for the majority, this margin is a decent enough with room to ma-noeuvre and a minimum bet that feels fairly low risk. 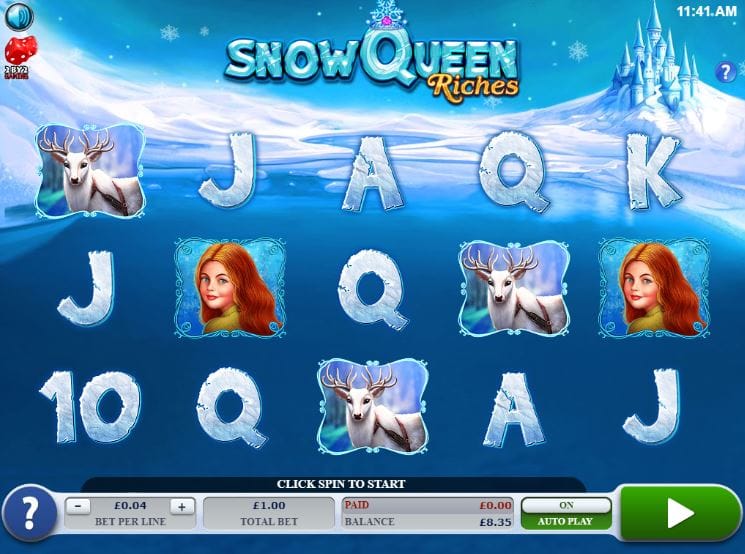 Snow Queen Riches pay by mobile slots is played in a snowy setting and the reels are overlooked by the the icy castle that the Snow Queen inquisition calls her home and her Kingdom. As for the symbols on the reels, these include icy playing card symbols as the low paying options, as well as flowers and a mirror, a reindeer and a pair of female characters which act as some of the more rewarding symbols.

The most rewarding is the woman in the hat. If you land land 5 of her on a single payline, you’ll get a really decent payout of 32 times your stake. Elsewhere, there’s also three bonus features on of-fer that will quickly become your go-to methods of getting those wins up.

One online slots feature relates to the wild which, unsurprisingly is the Snow Queen. She can substitute for all other symbols except form the scatter to form a winning combo, whenever she appears of reels 2, 3 and 4. The wild will expand when it lands the fill the whole reel and rewards a re-spin with a stacked wild in place. 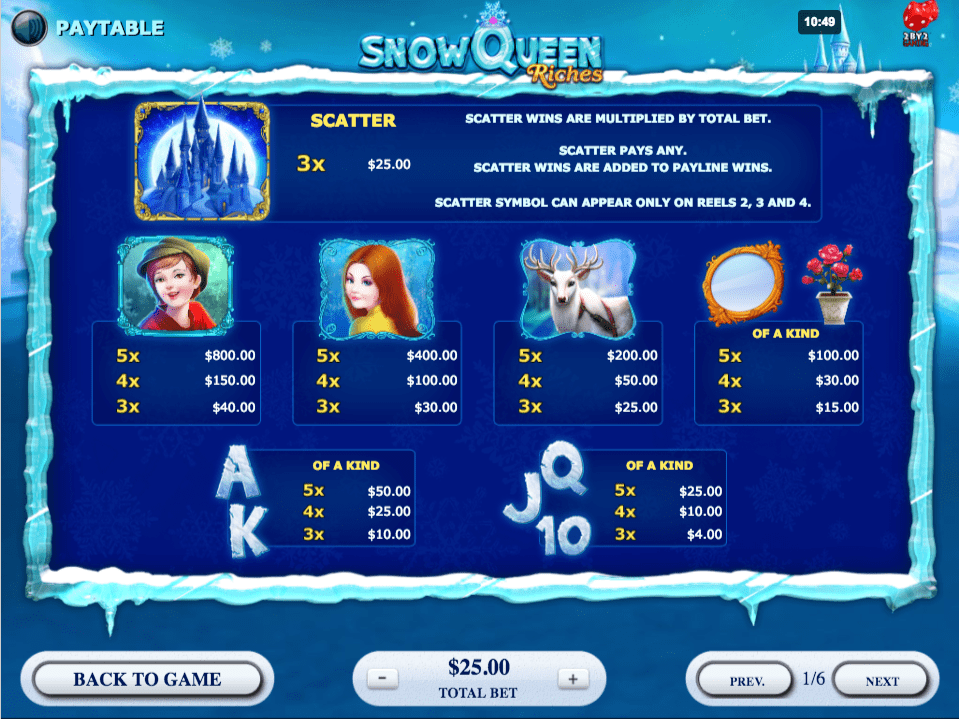 Snow Queen Riches is really good-looking and well-designed, whilst three clever bonus features make for an exciting play. For your next game, try Small Soldiers slot.