Dragons are the stuff of legends in Chinese myth and fables. They are usually depicted with long, snake-like bodies, four legs, and a large, formidable head. Fangs and bulging eyes give them a powerful, dominant look and they are certain to draw the eye wherever they appear.

They are a representation of strength, power and luck in many East Asian cultures and regularly seen in Chinese New Year celebrations the world over. That symbolism makes them the perfect subject for this slot game by developers 1x2 Gaming. Put down your deposit here on Mega Reel a free daily spins casino to enter the mysterious world of the Far East today.

Brighton & Hove, located on the south coast of England, is known as the country͛s tech hub - so much so it͛s often referred to as ͚Silicon Beach͛. It͛s there you can find 1x2 Gaming, a company founded in 2002 that is now a subsidiary of the 1x2 Network.

The game developers are known around the world for their high quality games, which include virtual football, casino, and slot games. You can find their games on many international gaming sites, so you have plenty of opportunities to play Red Dragon and other best online slots titles such as: 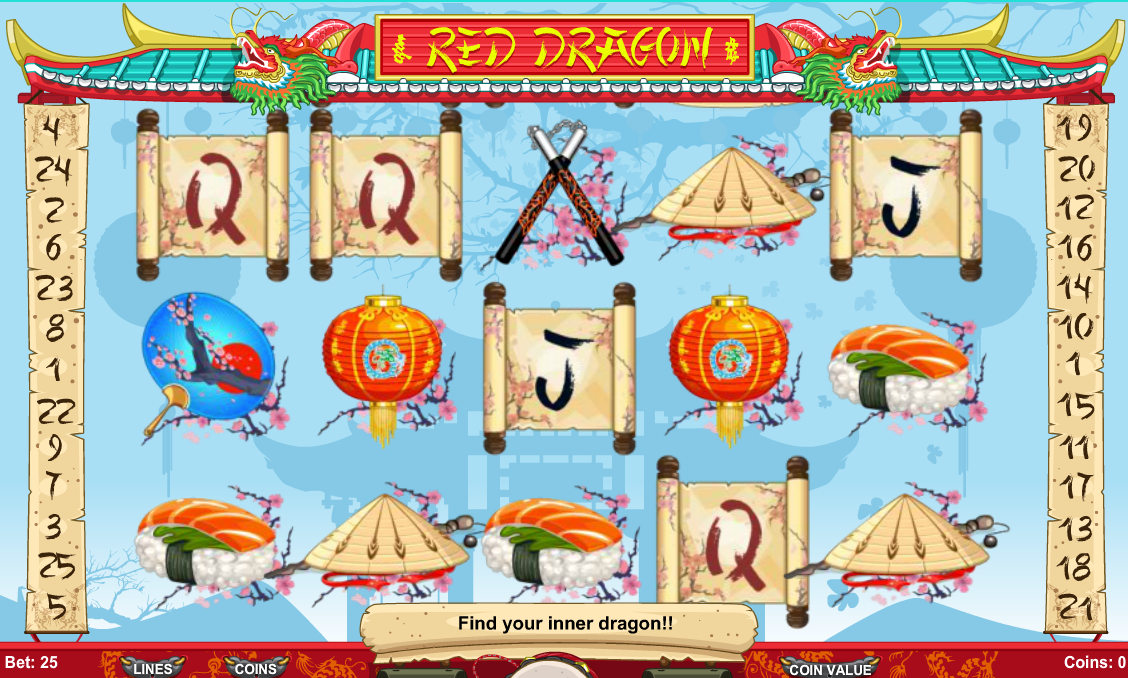 The beautiful design of Red Dragon is one of its strongest features, along with its varied game play. Inspired by the stunning art, design and culture of East Asia, players are immersed in an evocative world of myth and mystery.

Letters K, A, Q and J are the low value symbols, here presented in calligraphic text on delicately drawn paper scrolls. The higher value symbols are equally stunning, and give players a wide range of rewards. A painted handheld fan, a piece of salmon sushi, intertwined nunchuks and cherry blossoms, and a straw hat all give extremely satisfying payouts.

The scatter symbol is a stunning red temple, which gives you between 10 and 30 free spins. A white bearded warrior is the wild, and the red dragon of the title gives players some great bonuses. In the bonus round, click on the red paper lanterns to reveal segments of the dragon along the bottom of the screen. The more segments you find, the bigger your prize.

This 3 row, 5 reel deposit by phone game has 25 paylines. The developers have really hit the jackpot with this game͛s impressive visuals that immediately evoke the Far East. An appropriate soundtrack further enhances the experience and is sure to keep you spinning. 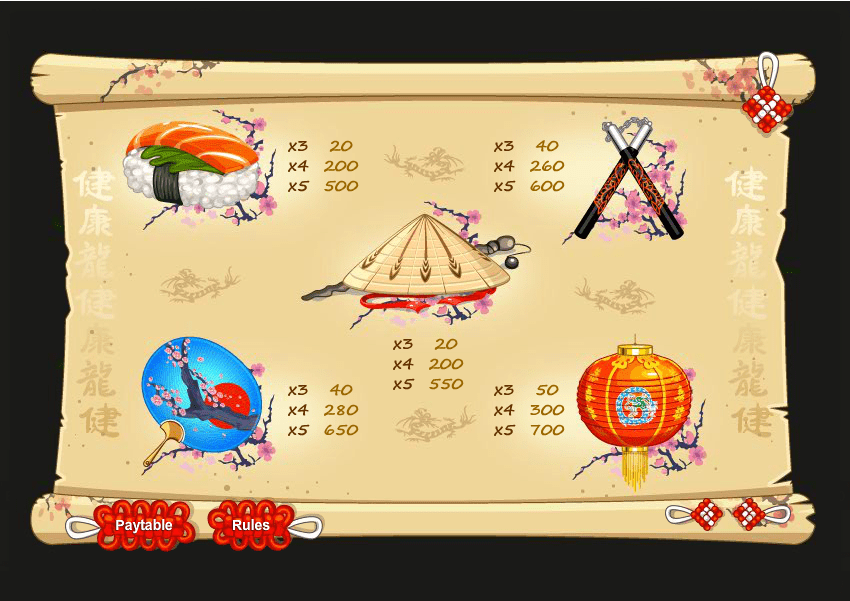 Instantly recognisable icons, including the marvellously drawn red dragon, from East Asia and fitting sound effects make this a soothing and fun game to play. With plenty of chances of rewards and a bonus round that provides players with just the right amount of challenge, it strikes a great balance between simplicity and complexity.

The game developers are giving players another fantastic slot game with Red Dragon, further cementing their reputation as one of the world͛s best creators of online slot machines.

Take yourself on a trip to the exotic Far East with Red Dragon and see just how much luck the red dragon brings you. Or try out new slots game Rebets Splendour slot.