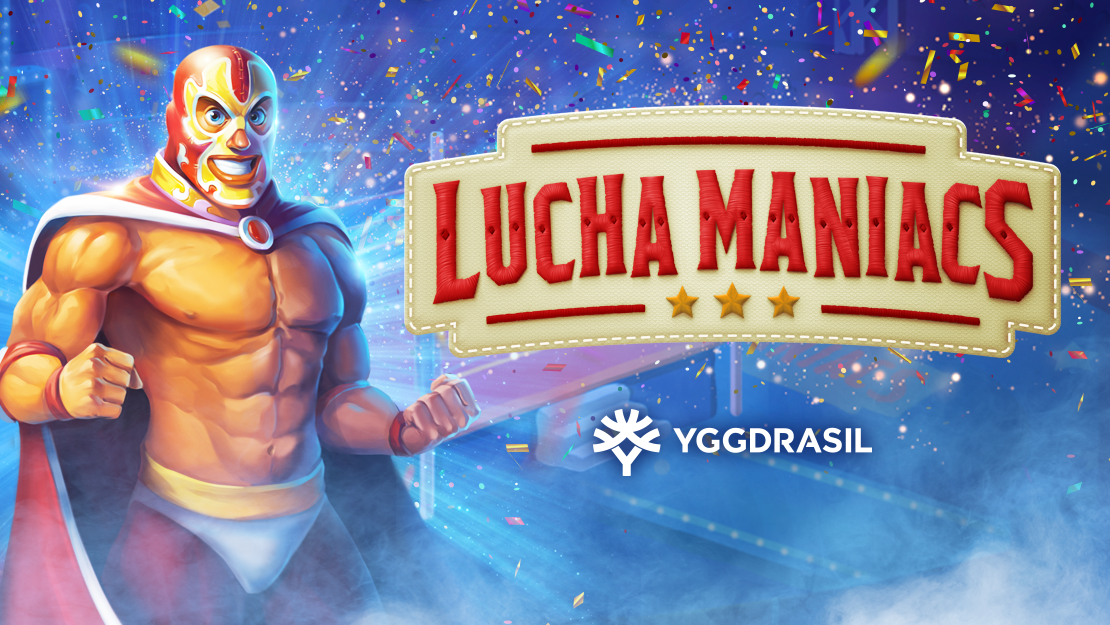 Reminding us of Nacho Libre, Lucha Maniacs takes you to the centre of a wrestling match between masked heroes right here at Mega Reel freeslots casino.

Hosting features within features and some great winnings, if you’re feeling victorious, then join the action in the ring.

Yggdrasil Gaming have risen through the ranks and today are one of the most respected names within the industry.

Having won a host of awards including Innovator of the Year in the 2018 International Gaming Awards, they focus on innovation and are passionate about developing games for their players.

They also work with some of the biggest casinos where you can find online slots pay by mobile.

The reels are set in the centre of a wrestling ring, with a very subtly animated audience and flashing cameras surrounding it. Visually, it extremely colourful, with each wrestler adopting their own colour and a very bright selection of masks. There’s a definite Mexican tango theme tune playing in the background which both contradicts and enhances the game at once.

This new online slots game has a lot of features to bring to the arena, including:

* WILDS – there are 4 wilds in this game to choose from which are found in both the main game and the free spins round. These include the regular wild and the random wild.

* POSTER BONUS GAME – this is another way to get free spins by scoring just 2 of the scatter symbols. There is also the chance to win some more money, up to 4x your bet.

* GOLDEN BET – if you’re feeling brave, you can choose the Golden Bet feature which adds an extra 5p a to your stake. The reward will be 1 extra feature in the Free Spins feature when you activate it.

This game may not have the most original theme, but boy does it stand out. With stunning and detailed graphics, music, animations and tonnes of bonus features, this game keeps you on your toes and delivers some big winnings.

Try out another Lucha title with Lucha Legends slot right here on megareel!