Join the Justice League, a band of superheroes in this latest fist-punching, high octane slot game.

Based in DC Comic’s creations and with a wide range of heroes each with their own superpower and plenty of bonus features, this game will certainly get the adrenaline going. Play now here at Mega Reel a daily spins casino.

Founded in 2002, and based in the UK, 1x2 Gaming is part of the larger company, 1x2 Network. They are a global presence and work with some major names within the industry such as Bwin.Party and Ladbrokes.

They are known for their virtual football games such as Football 3x3 and other slot and casino games such as Roulette Diamond and Tutan Keno. Follow this link play free slot games. 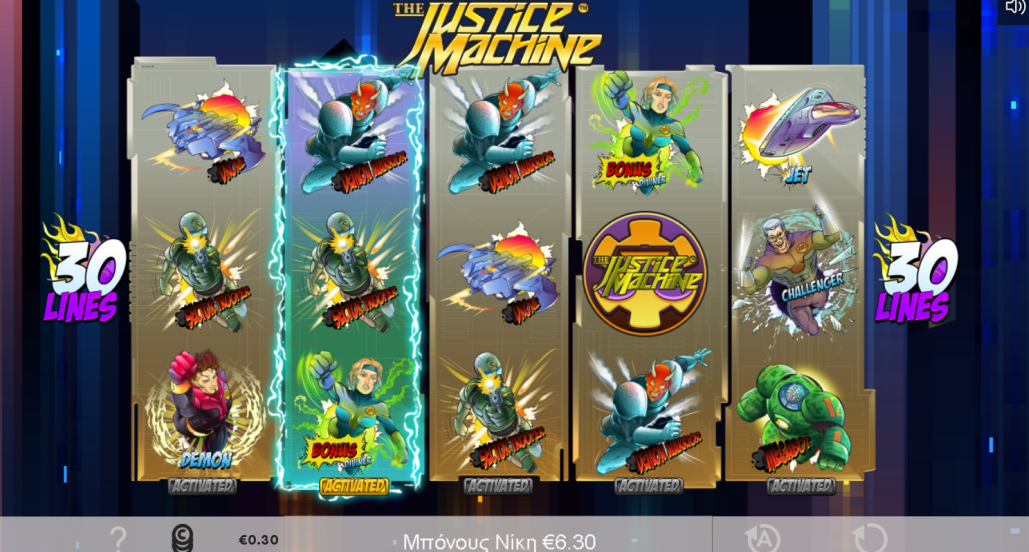 Justice Machine is a 5 reel, 30 payline slots for mobile. Bets can be placed from between 30p and £60. The design of the game is relatively simple, with cartoon style figures which are very detailed and colourful. With a creative mix of baddies and heroes based on the original DC Comic characters, you will feel as if you are in the comic itself.

The symbols include an armoured demon, a jet blasting through the reel and a megabot. The lower paying symbols include the helmeted hero and the jet which will pay between 40 coins and 50 coins for 5 in a row.

Higher paying symbols include the long-haired heroine and the gloved brown-haired hero, who will pay between 1000 and 1250 coins for 5 of a kind. Whilst the symbols are not the clearest, it the game’s bonus features that really pack a punch and bring it into its heroic element.

Some of the game’s best features include:

* JUSTICE MACHINE BATTLE BONUS GAME – reels can become active and once a member of the Justice Team (one of the heroes) lands on an active reel, it opens up a tonne of features. If you land the Diviner Symbol on one of these active reels, you can take your pick of one of the heroes and declare battle on the villains.

As the title promises, if your hero wins the battle, then your prize will be multipliers. You can do this until all the villains are defeated and tot up some decent winnings.

* CHALLENGER FREE SPINS – for the chance to win 10 free spins, land the Challenger symbol in an activated reel.

* SPECIAL MODIFIER - alongside the bonus features, when a specific member of the Justice League lands on a reel, an award that is specific to them will be triggered. Titan will fill the whole of the reel if he lands whilst the Demon will result in extra winnings by delivering a respin. Keep your eye on these as there are about 4 or 5 of these to be won. 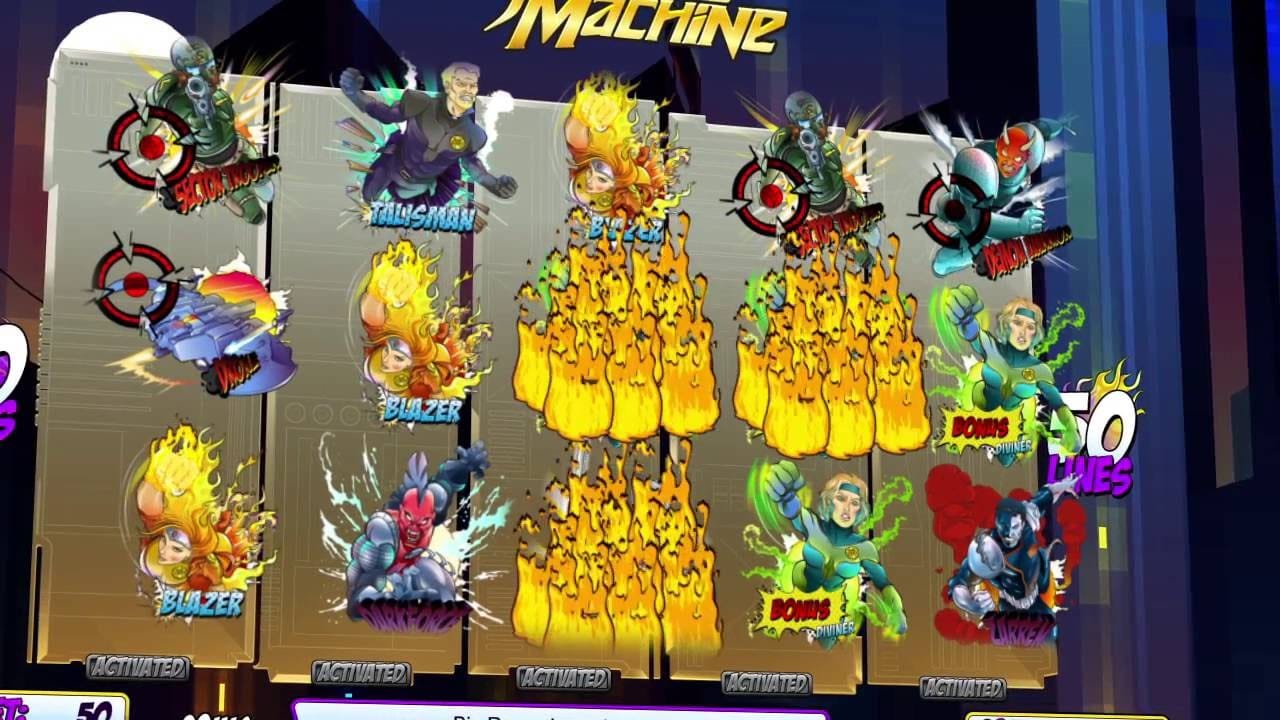 Justice Machine is based on a very popular fandom and has some creative and colourful heroes to throw into the mix.

The game’s features are equally creative and great fun to play. If you’re looking for your superhero fix, then go no further! Similar titles to this include Jurassic Juniors slot.