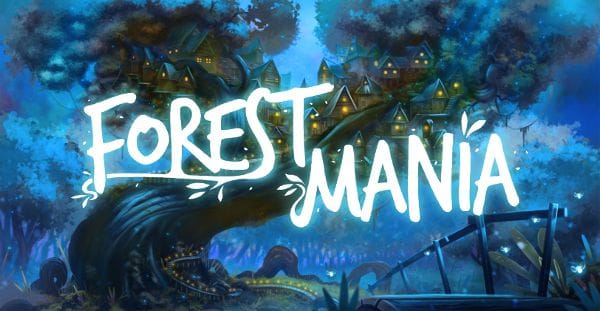 Explore a fantastic mystical forest and make friends with some cute and cuddly creatures in this creative free slots uk from iSoftBet.

Use not one, two separate reels to spin your way to a huge cash prize in Forest Mania.

Based out of London and Luxembourg, iSoftBet have made quite a name for themselves in the online casino industry. This innovative developer regularly pushes the boundaries of modern gaming with creative additions to the gambling industry that not many developers would have thought of.

They continue to produce high-quality content across a range of gaming platforms including a lot of smart devices. They have an impressive list of titles in their library and for those that are interested in checking out some of their games there͛s plenty for you to sink your teeth into.

If Forest Manias two reel system caught your eye and you͛re interested in checking out some of their other games, then we suggest starting with a few of the following slots online games in their library that we͛ve highlighted below:

And many many more free casino slot games! 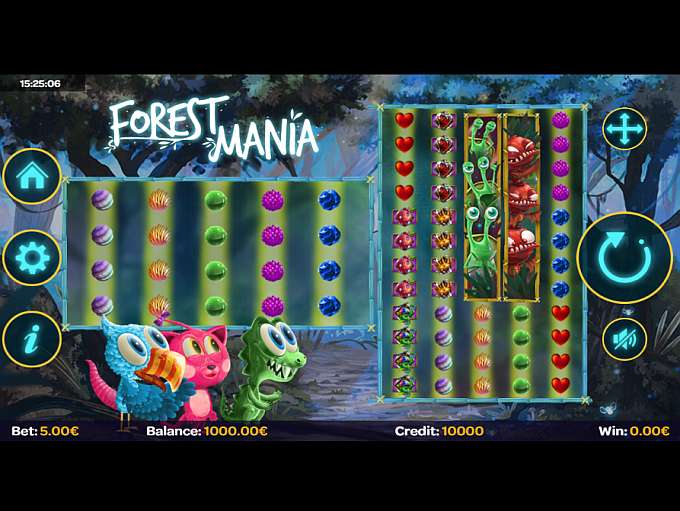 One of the most noticeable features of this deposit by phone game when you load it up is that instead of playing with one reel like most traditional slots, in Forest Mania you play with two. Now that may seem like overkill, but what it actually does is open up plenty of opportunities to win big or trigger some of the games brilliant bonus modes.

Aside from its two slot style, Forest Manias design is also worth a mention. Set against a picture-esque jungle, this cartoon styled slot has had a lot of thought put into its graphics as unseen birds warble in trees and cute creatures scamper around your feet. It creates this strange juxtaposition when you consider the cute atmosphere being used whilst you wager large sums of money, but it͛s still pleasant none the less.

Speaking of making wagers, there͛s some bonuses you won͛t want to miss if you want to win big:

• WILDS: The golden ͚W͛ is WILD in this slot and will substitute for other items in your paylines. A great feature of it is that the game will randomly select one symbol to turn WILD and all other occurrences of it on your reels will also transform into WILDS. The game will also randomly turn up to three entire reels WILD at once as well.

• FREE SPIN BONUS: Unlocking at random, this bonus will reward you with 10 free spins and a more frequent appearance of the WILD reels and transforming WILDS. 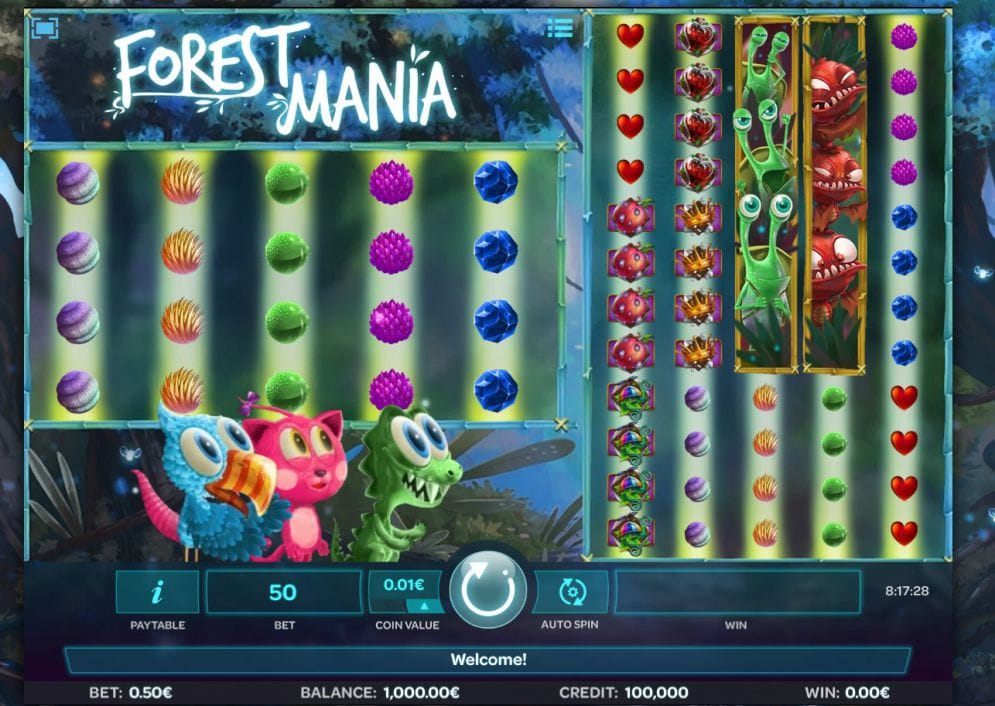 Overall Forest Mania is an absolute blast, its two slot feature is one of its best selling points and when you combine that with its two WILD bonuses you will have quite a lucrative couple of spins on your hands.

If you͛re looking for a slot that stands out from the rest then we recommend checking out Forest Mania, you definitely won͛t regret it. If you don't fancy this one, check out Fluffy Too Jackpot Slot instead!