Eye of the Amulet

Become a Tomb Raider and explore the treasures of an ancient pyramid in Eye of the Amulet free slots from iSoftBet. With some great bonus features and brilliant graphics, you will not want to wait to get stuck into this Egyptian adventure.

iSoftBet are passionate about creating games they know their players will love. Their focus is on great engagement, brilliant graphics and easy to play for everyone.

They also work with some big names within the film and TV industries to create original and exciting new games, with a focus on innovation. Their games are also widely available across most mobile devices, meaning more freedom to play the games you love.

Some of their play free slot games include Stacks O’Gold and Tree of Fortune. 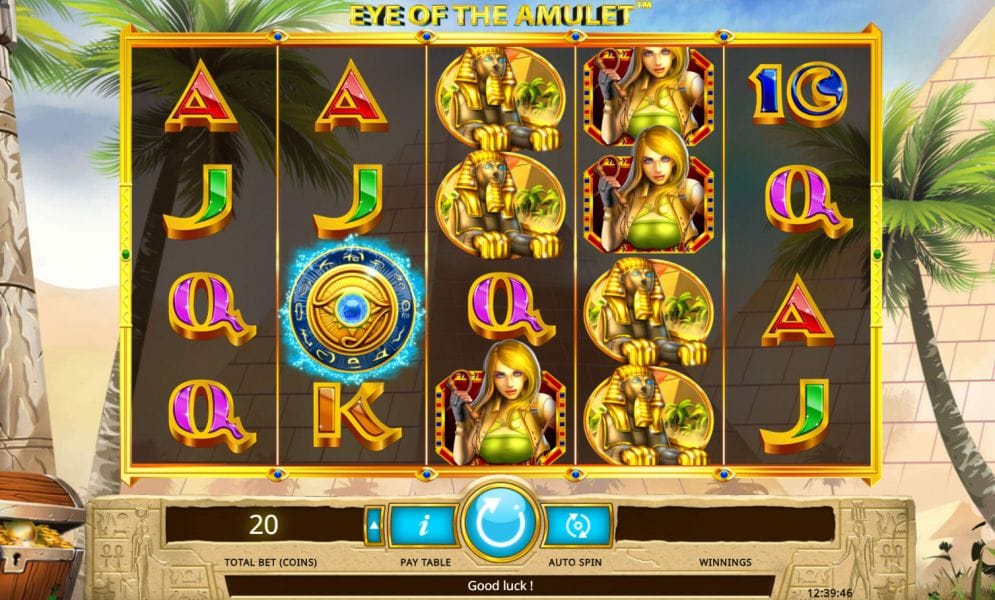 The reel is set against some palm trees with the pyramid in the background. The graphics are detailed and bold, and almost 3-D which really draws you into the game as you play.

• WILDS – this is the Scarab beetle raising the sun. It will substitute all other symbols in the game except the scatter.

• SCATTER – this is the golden amulet, and if 3 are found, this will trigger the bonus round and the free spin feature. 5 on the reel will allow for 15 free spins.

• FREE SPINS – this round offers up to 15 free spins, depending on how many scatters you have managed to salvage in the main game. During this round, you will also have a chance to gain some extra treats, such as added wilds and multipliers.

• BONUS WHEEL – grab up to 100 free spins in this round. Spin until you land on the Stare Free Spins where you will get 2 or more scatters, which lead to free spins. Other rewards can be 4 extra wilds and 2x multipliers.

• SANDSTORM BONUS - this is a great feature of the game and can be triggered at random. It will add huge bonuses to the game such as wilds adding wilds and wild reels.

• AUTO PLAY – sit back and let the tomb raiders do their work in the auto play feature. 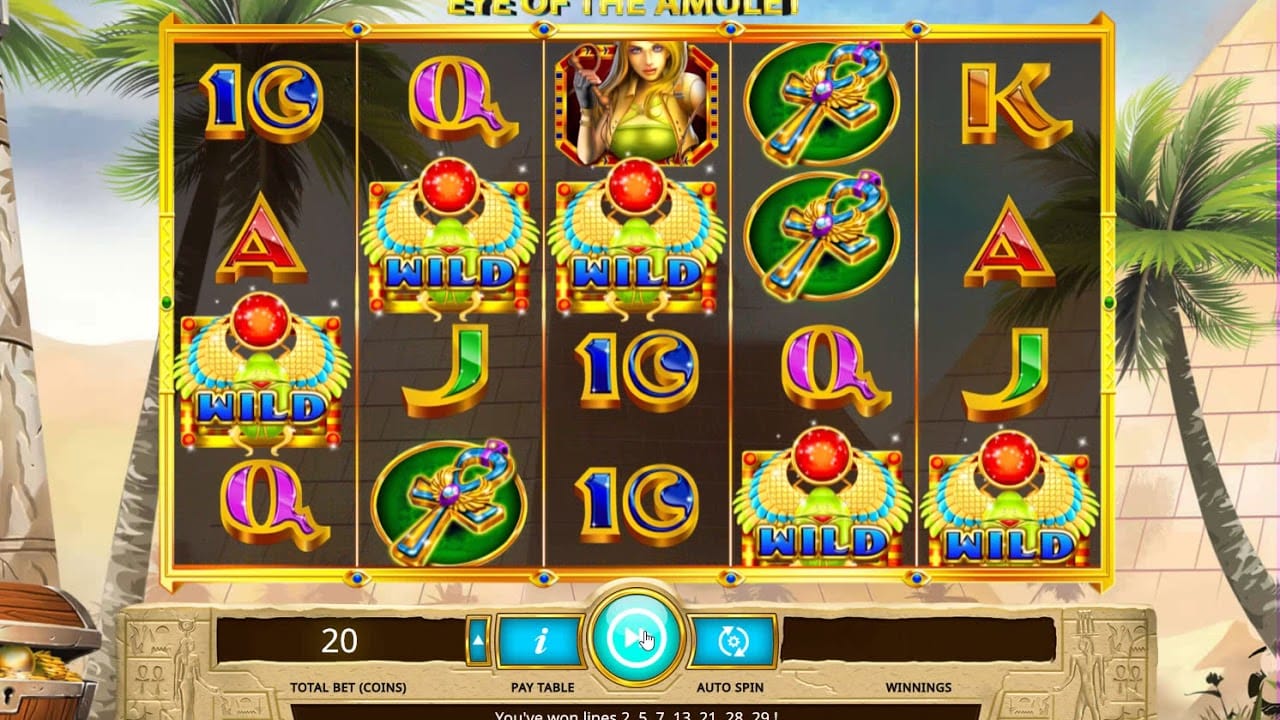 Whilst there are plenty of games out there based on Ancient Egypt, this one has earned its spot amongst them and has some features which make it stand out from the crowd. So play online slots today!

Along with the standard slot game symbols, it has a wealth of bonus features and additional games to keep you on your toes. If you enjoyed this one check out Extra Cash!! slot too!