Ecuador Gold by ELK Studios is a 6 reel, 4,096 ways to win free slots. Spinners will get a chance to enter the lost Temple of Luck where they will enjoy wild symbol wins, an avalanche feature and a Free Drops Bonus feature.

During the avalanche feature, you can have up to 262,144 ways to win. Stakes start from 20p to £100 a spin on all Android and iOS devices. Spin the mega reel today!

Players will head to the South American rainforest in this ELK Studios pay by mobile casino slot. The action is set in the lost Temple of Luck. The slot has a beautiful design with symbols on the reels modelled in Aztec style.

These include suns, birds, stars, crocodiles, snakes, leopards, crosses masks and Kane. Kane is the explorer and pays the highest value in the game with 6 on a payline rewarding 3x your bet.

There’s are normal wild symbols that replace other symbols on the reels and there is also a ghosting wild that lands on the 3rd, 4th, 5th and 6th columns. The wild moves a couple of steps leaving behind a trail of wilds. The wilds turn sticky for any remaining symbol drops.

The feature starts on a 4-row reel set, but every new free drop that results in a win increases the safety level increasing an extra row and in turn more ways to win. Click here for more slots online! 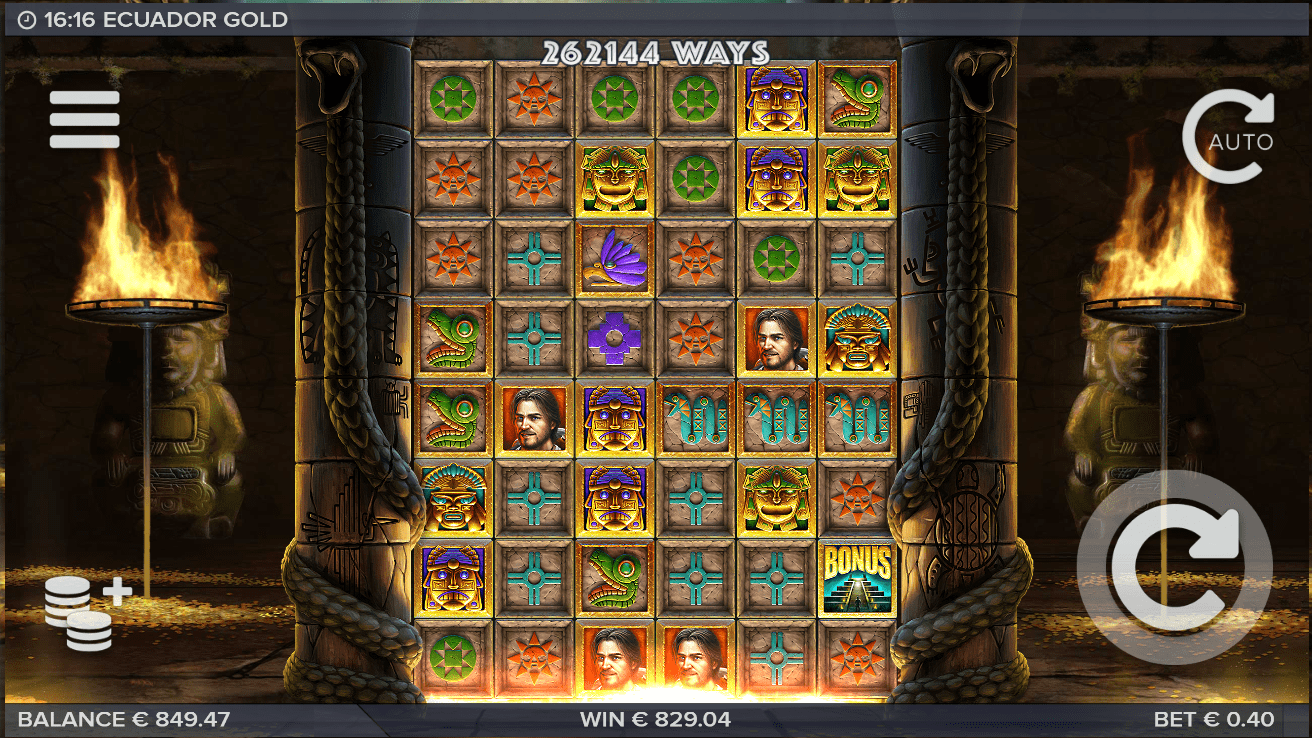 ELK Studios is a Swedish based company that was established in 2012. Their mission is to establish themselves as industry specialists. ELK Studios uses this technique; releasing quality games in small amounts, rather than producing many poor-quality games just so they can keep up with others.

They have a unique portfolio that only has a few games released, but these are some of the best out there. They use technical mathematical models in slot design, but also give their slots a human aspect. ELK Studios slots are some of the most enjoyable slot games out there. 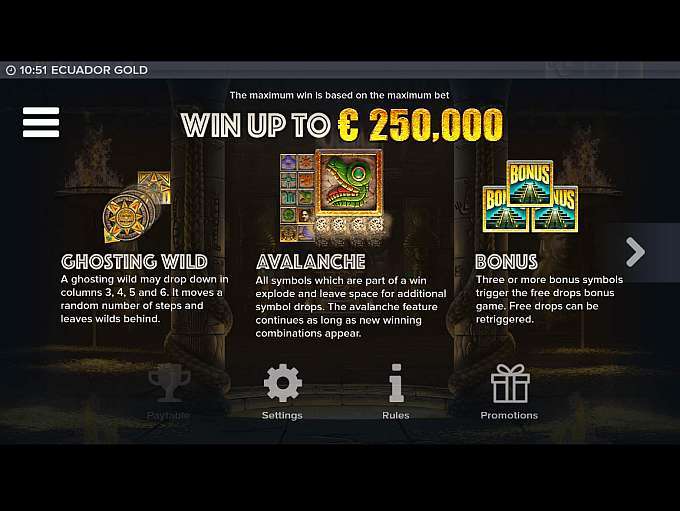 Ecuador Gold is a stunning slot that provides huge wins all through the game. Players have so much to look forward to whether it's ghosting wilds, big symbols, avalanche drops etc.

This is a high variance slot by ELK Studios offering wins of up to 2,500x your bet on each spin and free spin when the ways to win are at maximum. Or why not try Legend of Daruma slot?