Get ready to go East in this eastern inspired slot game from Nextgen Gaming, Eastern Dragon slot. This on-line slots game invites you experience a new culture while you spin across 5 reels and 20 pay lines. Let’s hope you absorb some of that Eastern luck and win some real cash prizes.

This slot game immerses you into the theme immediately as you open the game, with all the symbols you would except from a game with this oriental theme. The tops of the reels are lined with the golden dragons from the games title, and the colours of gold and red which are lucky colours in eastern tradition, dominate the reels. On the reels, the symbols include Chinese firecrackers, the koi carp fish, a blooming lotus flower, Chinese lanterns, golden coins and of course, the golden dragon.

The graphics in this online slot game are simple enough and the bright colours and lively audio brighten up the theme. The dragon symbol becomes animated when it is part of a winning combination, which makes the gameplay a little more exciting. Follow this link to learn more about Mega Reel.

Nextgen gaming are a real pro when it comes to creating super engaging and exciting gaming and they have been providing world-class slot games for quite some time now. With each new release, they hone their skills and seem to get better and better, which is why they have remained at the top of their game all these years.

Many other developers look to Nextgen for inspiration and they are a very well-respected name. Try more free slot games by Nextgen! 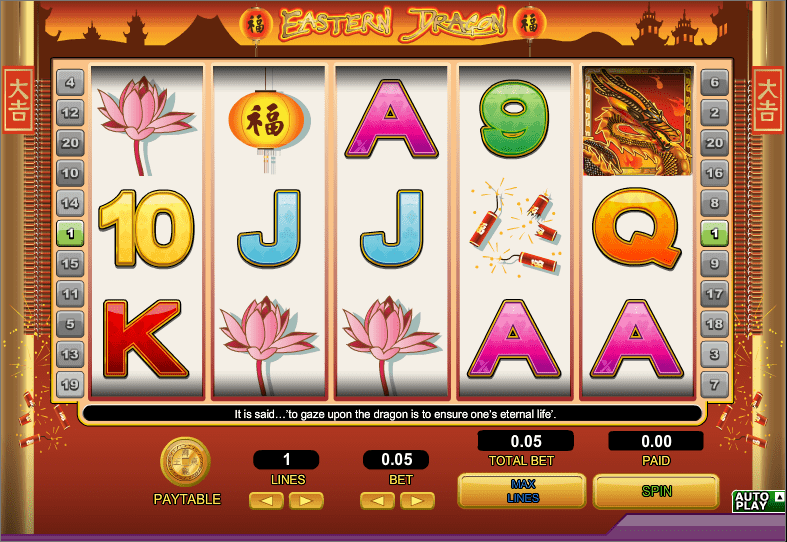 This play pay by mobile slots has a simple yet fun style and most importantly, it offers you the opportunity to win some big cash prizes. Let’s have a peek at what Nextgen is offering so you can get to playing this mobile slot right away:

The first symbol to consider is the games wild symbol which is represented by the Eastern Dragon itself. This wild will substitute all symbols except the scatter and any wins with the wild will be doubled. Great news to kick things off!

Next up, we have the scatter symbol, which is represented in this Eastern Dragon slot game, as the golden coin. Finding 5 of these on the reels pays 200 coins and pays any way on the reels.

Now to the main feature, the free games. This feature is triggered when the dragon wild symbol lands anywhere on reels 1 and 5. When this feature is active, 15 free games are awarded and all wins are tripled. For an extra bonus, this game can be retriggered.

Look out for the Koi Carp as it is the most lucrative symbol on the reel, paying 3000 coins for 5 of them. The Chinese lantern will play 1000 coins if you can land 5 of these. 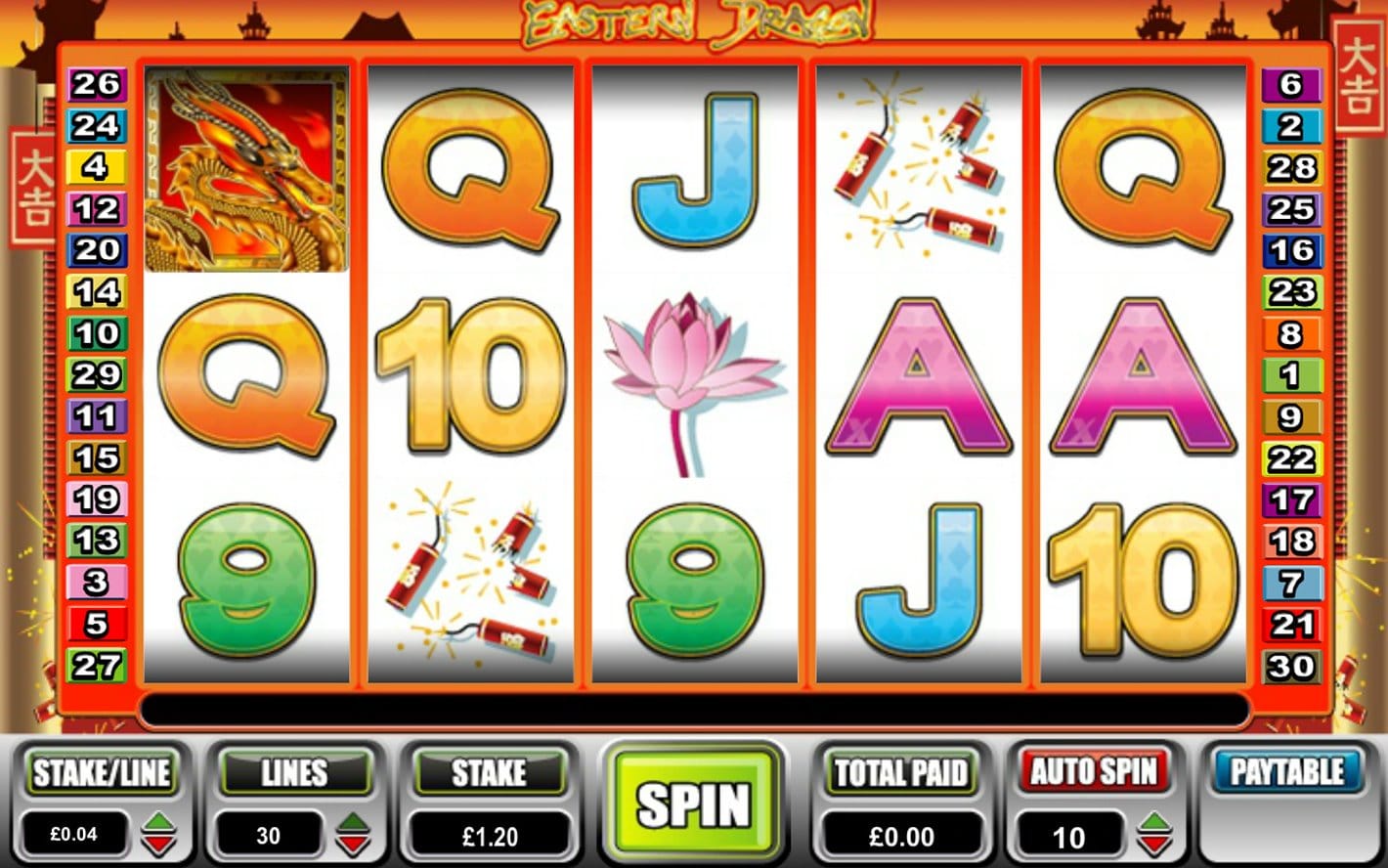 This online slot game has a simple design that still proves to be engaging and fun, while the extra features, giving you the chance to win more cash prizes are even more alluring.

If you enjoyed Eastern Dragon why not try Eastern Delight slot