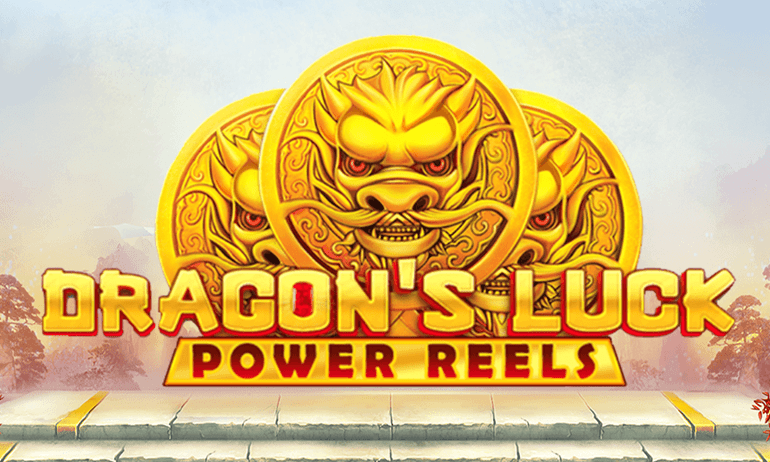 The golden fire breathing Chinese dragon is back in full force and is even fiercer than ever in Dragon’s Luck Power Reels free slots. Immerse yourself in the rich realm of the Chinese dragon and feast your eyes on the dragon’s temple for the chance to win mounds of gold beyond your wildest dreams in this exciting and ferocious game of luck.

The frame of the slot game is an ancient temple, adorned with beautiful pillars with fire breathing lizards entwined around them which sets the scene for the rest of the game. Throughout the game, you will encounter several Asian related symbols including a Koi Carp, a Lotus Flower and the Golden Dragon himself, echoing the presence of the majestic ancient beast throughout the game.

Dragon’s Luck Power Reels is a new version of Dragon’s Luck, an extremely popular slot game which similarly features the ferocious, but generous, Chinese dragon. The game features similar symbols on the reels and is similarly lucrative.

However, the game differs from its predecessor as it has 10 reels and 6 rows and is played across 30 paylines, so visually it looks like Dragon’s Luck in turbo mode! The game also provides you with the opportunity to win up to 3888 x your stake on any one spin if you land  10 symbols in a winning combination across the reels!

You can take advantage of the two fiery bonuses to unleash this red hot winning potential. Keep your eyes peeled for the Dragon Coin on the reals as this special coin will unveil mystery symbols which can be utilised to create winning combinations on the reels, providing you with more opportunities to win big.

Likewise, watch out for the 5 different types of Mega Coins which are named Big, Super, Mega, Grand and Turbo. These coins will ensure your winnings are in the bag and the Turbo coin will have you singing from the temple tops as it provides a generous payout, so play online slots 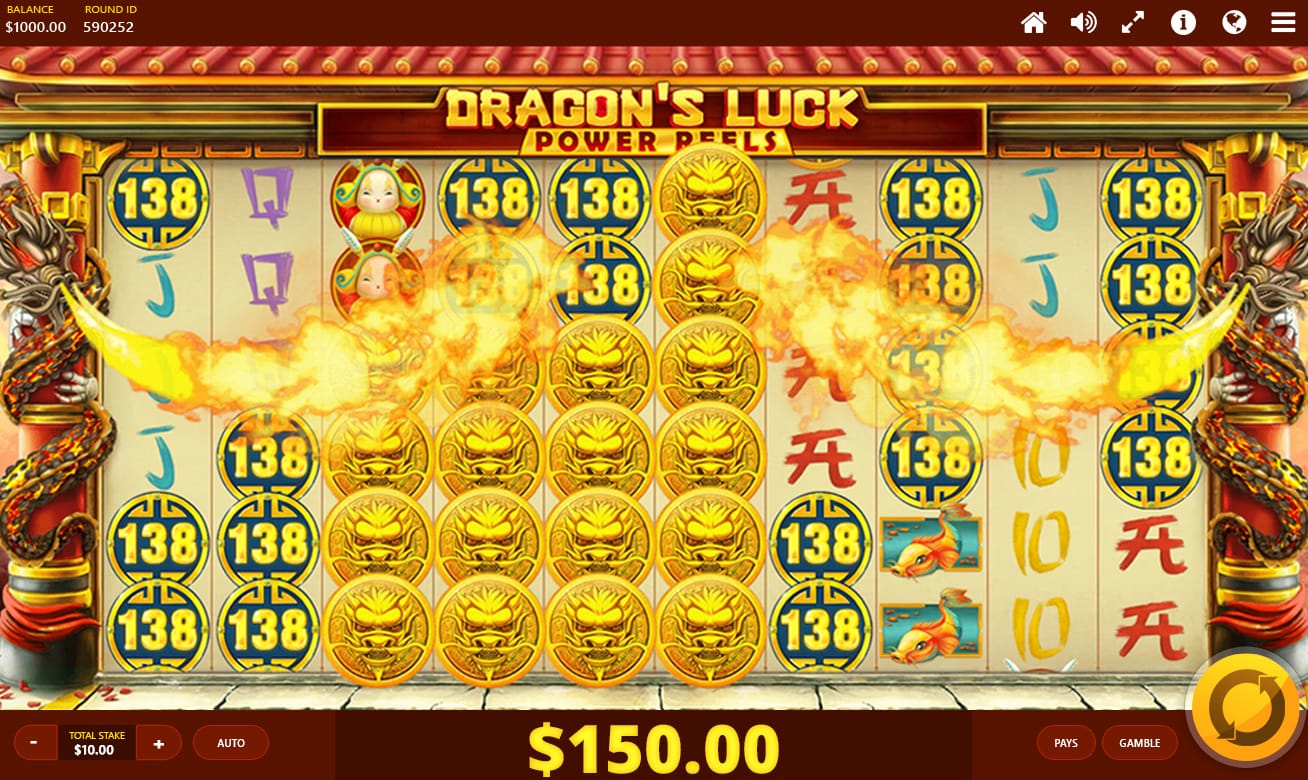 The double the reels, double the fun slot game Dragon’s Luck Power Reels is brought to you by Red Tiger Gaming. Red Tiger Gaming were founded back in 2014 and since then have gained a proven track record for delivering games that receive top marks from reviewers and players alike.

They are self-professed industry veterans and their developers have a true and long-standing passion for casino games and the gaming industry. If you’re looking for more hot games to play, give some of their other scorching games a go: 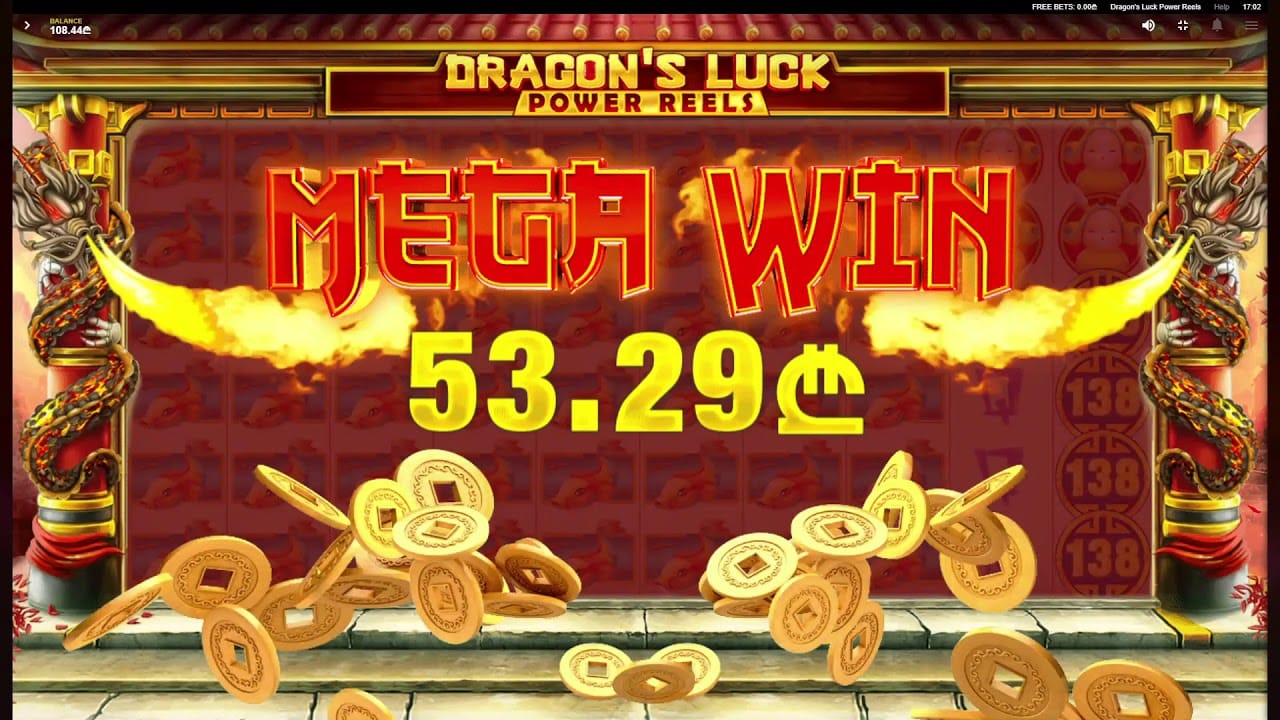 This game might just be the hottest game since Dragon’s Luck. The fierce and feisty dragon in Dragon’s Luck Power Reels has a warm soft centre once you get past his ferocious exterior, offering up some generous prizes to the games lucky players.

If you’d prefer to sit back and relax with a steaming cup of Longjing tea as you watch the dragon work it’s fiery magic on the reels, you can take advantage of the auto spin feature which will set the game in motion automatically.

Best of all, you can take the dragon anywhere and try your luck whenever and wherever you are as the game is optimised for play on mobile and tablet devices as well as desktop. If you enjoyed this game why not also check out Dragon Slot too?