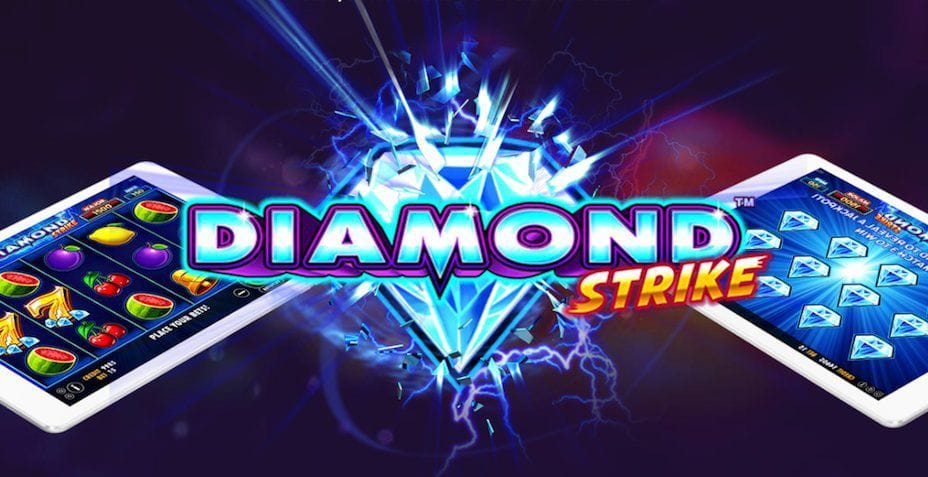 It is back-to-basics for Pragmatic Play, in their stripped-down free spins casino for new players slot game, Diamond Strike. This game pays homage to the slot machine games of the past. So take a hop in the DeLorean, and buy a one-way ticket to Diamond Strike!

It is said that 'you cannot teach an old dog new tricks'. However, with Diamond Strike slots, there are no new tricks to be taught. Diamond Strike slot is pure unadulterated online casino slots action which is available on Mega Reel along with plenty of exciting slots. It takes its cues from traditional casino slot games. Just like ones you might have played down the pub or in your local arcade and casino.

There aren't any over-the-top, ridiculous themes here. It's straight to business - business time. You have to focus on matching up as many shapes as possible on the pay lines. Hopefully, you'll be able to strike it lucky when you play Diamond Strike!

Diamond Strike slot is all about finding the diamonds. Diamonds are actually the third most expensive raw material on the planet. They are also the most expensive precious stone. They are worth around $55,000 per gram (£44,162.25). They were first found in India around 4 B.C. and for a long time, it was thought that India was the only source.

However, in the 18th century, small deposits were found in Brazil. Today, diamonds are a popular symbol of love. They are most commonly given as the stone on an engagement ring. Diamonds are said to be 'forever', and 'a girl's best friend'. In our opinion, Diamond Strike is a gambler's best friend, and its legacy is endless. 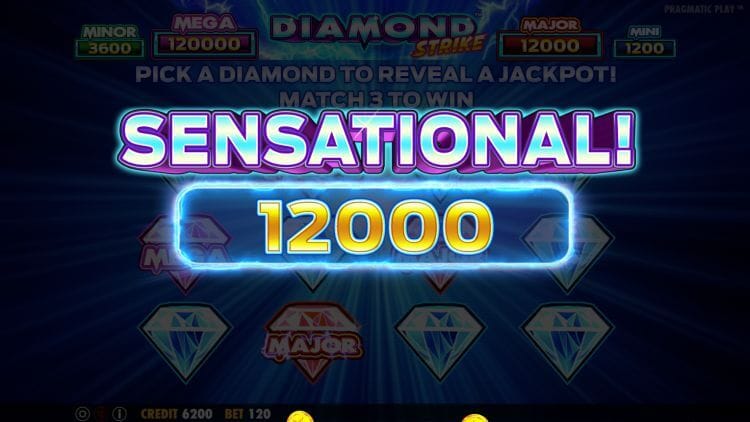 How to Play Diamond Strike Slot

This classic onlineslots game takes a traditional design. The background is simply a shiny blue backdrop. Some lightning bolts are striking the game’s logo at the top and they seem to be illuminating the whole background. The main game board stands in front of all this blue. You’ll see the usual five-reel setup and there is a total of fifteen pay lines that you could potentially win big on.

The symbols on Diamond Strike reels are the fruits that you normally see on traditional casino slot games. For instance, there are lemons, cherries and watermelons. These are the higher-value symbols and, when matched along a pay line, will bring you the biggest wins.

That’s not all, though, as there are some other symbols that can help bring you the big wins: 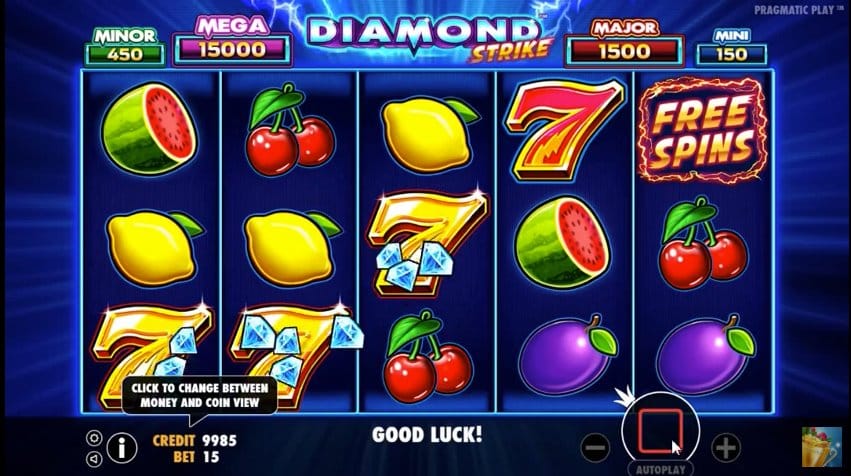 Pragmatic Play: The Developers of this Slot Game

Pragmatic Play is based in Malta, the creative hub of the online casino games free industry. They began creating casino slot games in 2015. They might be a new kid on the block, but in the short time they have been active they have released some impressive titles including Diamond Strike slot game which can be enjoyed at Mega Reel!

Some of play pay by mobile slots include:

Hot Chilli - Bring a glass of milk! Hot Chilli is a real kick in the mouth! The hottest online casino slot game. If you like Chile, chillies or being chilly, you will love this game.

Monkey Warrior - Fight with the power of a monkey! Win the jungle riches, in this online casino game that will leave you swinging! 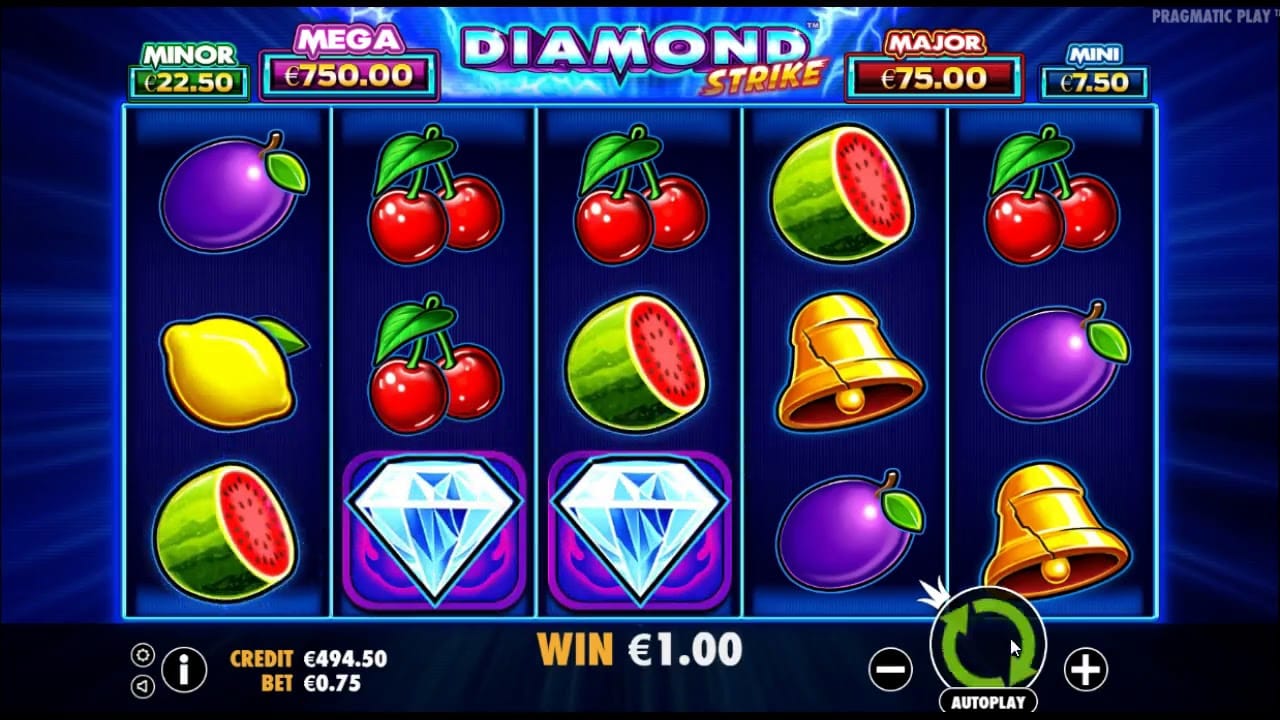 Thanks to the additional number seven symbol bonus feature, Diamond Strike slot manages to feel a lot more involved than most other games that are themed around classic slot machines. Its sleek design gives it a fresh feel that also really enhances the overall gameplay.

Both new and seasoned gamers will find something to enjoy in this contemporary take on classic slots. If you are still up for other similar games, have a look at this list: