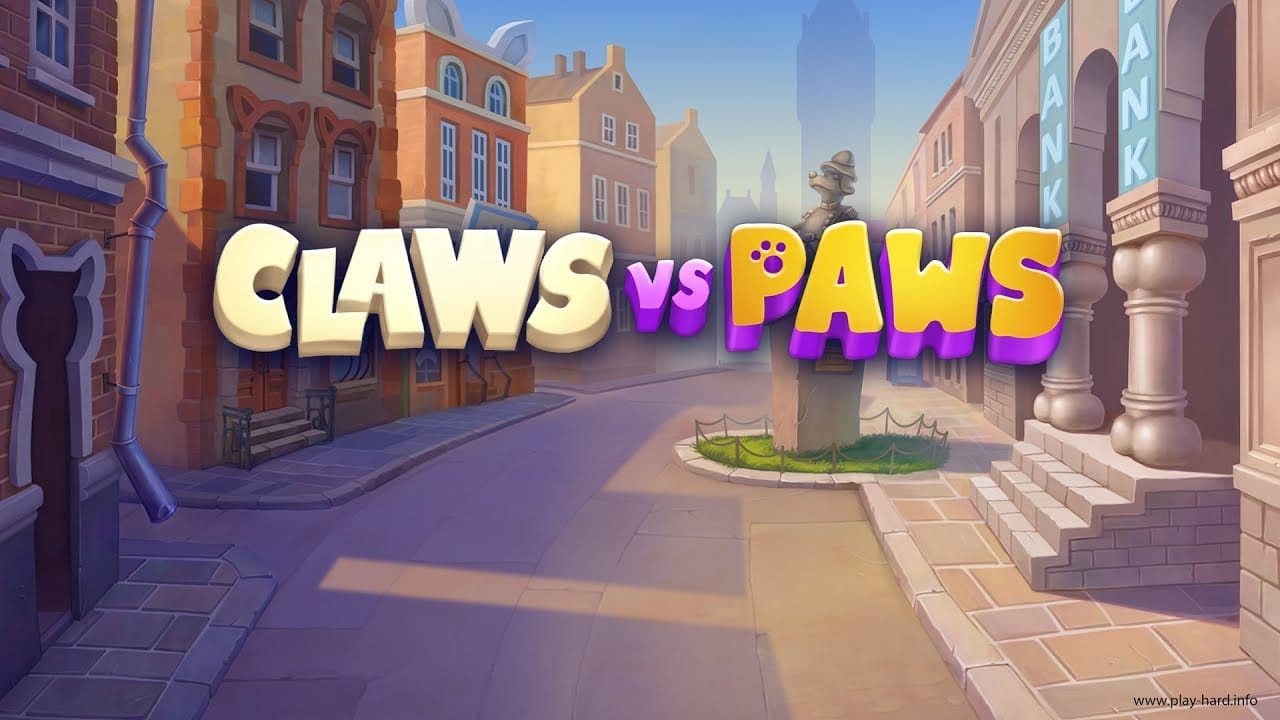 What do you think a world that is inhabited by only cats and dogs would look like? The developers at Playson have put on their best thinking caps to create the wonderful animal world depicted in the Claws Vs Paws free slots game.

As you might have guessed, the cats in the game are the villains and constantly up to no good. It looks like they’re about to try and rob a bank – will the pup policemen be able to stop them in time?!

Playson’s developers came up with the inspired theme for Claws vs Paws, and it’s one of their many games that breathes fresh air into the casino slot sector. Even though this particular company were only founded in 2012, they have still managed to create some brilliant games in that short period.

Known for their endless creativity and innovativeness with all things tech, their games continue to wow gamers around the globe. Love Claws vs Paws? Why not check out Alice in Wonderslots  and our other exciting pay by phone bill casino games! 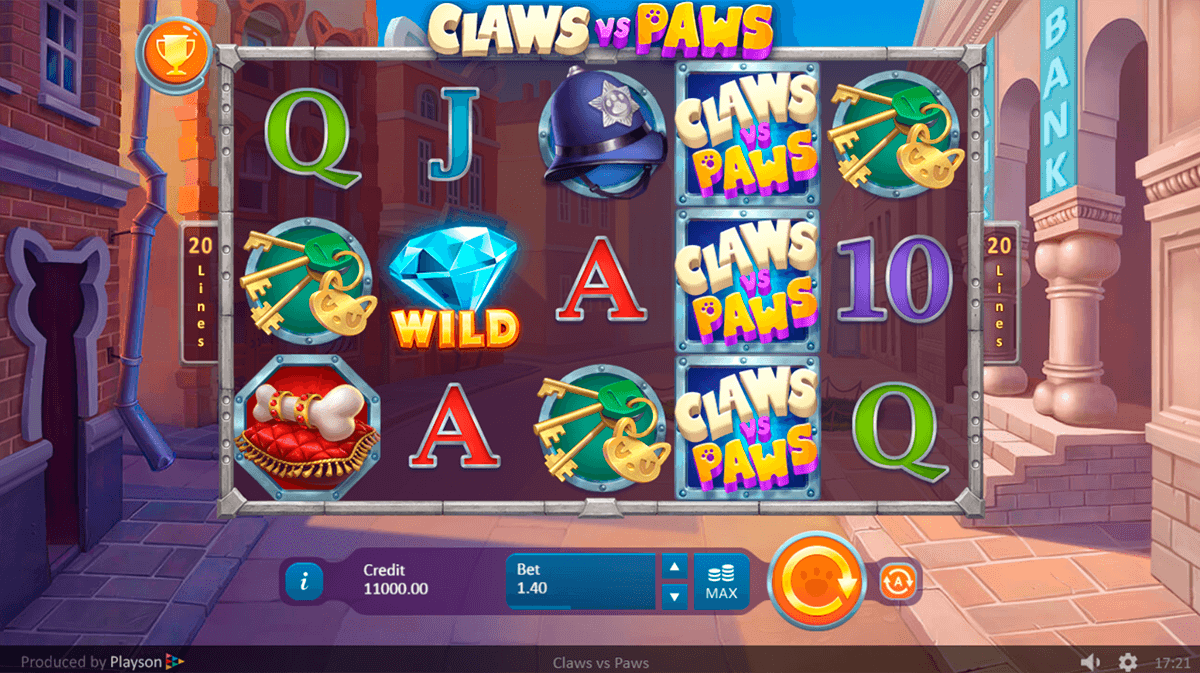 The Claws vs Paws best online slots uk takes place on a quiet street. You’ll notice some feline architectural features in the surrounding buildings and a bank to the right of the game board. There are five reels and twenty pay lines, and these are displayed on a translucent game board in front of the urban scene. The letters and numbers on the board represent the lowest winning values. In order to win more, you need to align the picture symbols.

The symbols are all to do with the law, and you’ll notice police helmets, sets of keys and jewelled bones. The more symbols on the pay lines you manage to align, then the more you will win. There are some extra-special bonus icons that can increase your winnings even more if you play free slot games.

• WILD SYMBOL – It looks like the cats are after the shiny blue diamond, and this is the game’s Wild symbol. They can help to complete your lines of matching symbols.

• SCATTER SYMBOL – If you land two of the bank vault Scatters, you will benefit from some free spins. There are three different free spin games to activate, each with their own set of special features.

• CAT THIEF SYMBOL – The cat thief can randomly appear on the board and will replace all base symbols. When he turns up, he’ll increase the spin’s pay-out by a significant amount.

• DOG GUARD BONUS – The dog guard might also appear on the board at random. When he does, the lower-value symbols disappear while the higher-value ones spin again. You get three free goes in this round. 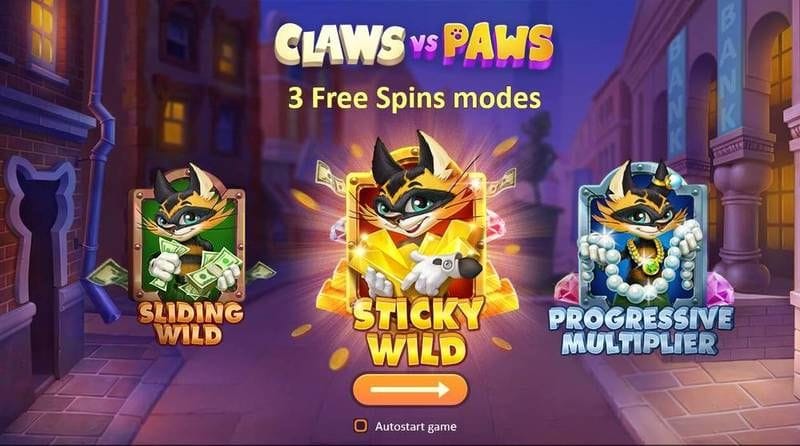 Thanks to its completely unique theme and its wide range of bonus features and special symbols, there is certainly a lot to like about Claws vs Paws.

However, it’s worth pointing out that the bonus features and extra rounds aren’t activated all that easily, but that shouldn’t be enough to put you off. You’ll just have to spin some more to try and unlock them! If you enjoyed this game why not try Cinderella's Ball slot too.