A mini version of the hit candy-filled slot from Leander Games is still just as sweet, is it not? Introducing, Candy Burst Mini, a bitesize version of the hit Candy Burst slot machine! You might ask why this slot exists, and the simple answer is: it exists so that you can experience the game on a mobile device of some kind — everything else about the slot is pretty much identical, minus a few inclusions that were missed off…

Keep reading to learn more people! Join https://www.megareel.com today and you could also win up to 500 free spins with our welcome offer!

UK developer Leander Games is on the up and up! A developer that has various hit slot machines that are all just waiting to be spun from punters across the globe. Pay by mobile slots like Candy Burst are but the tip of the iceberg when it comes to the sorts of experiences one can earn when playing their games — not to mention the tip of the iceberg as far as money is concerned. There aren’t a lot of developers out there putting out content quite like this, trust us.

Leander are one of the hardest working devs going today, and if you don’t believe us then why don’t you look at their track record? New ideas are constantly being thrown around, thus making the games they release must-see sorts of experiences. If you enjoyed the slot that we’re reviewing for you today, then why not try your hand at some of the following titles:

And many, many more free slot games! 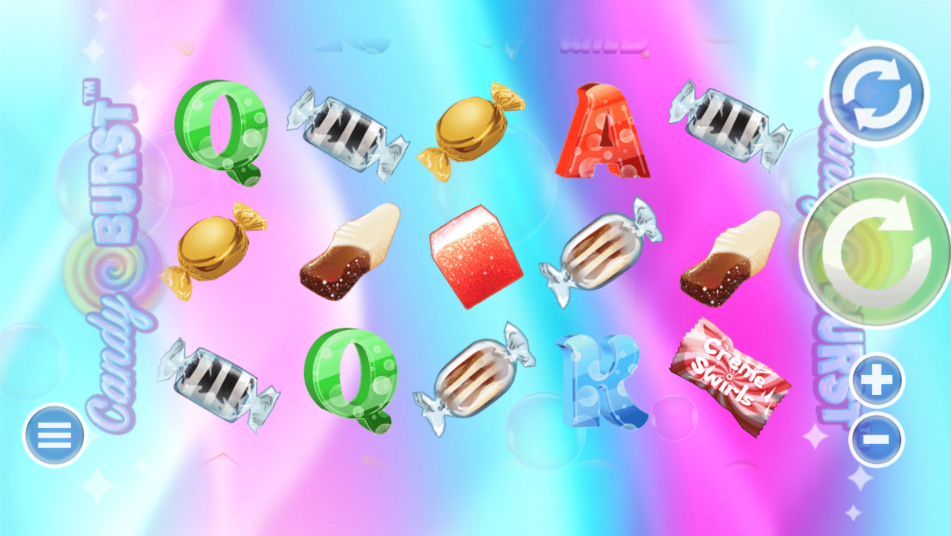 Like we’ve mentioned at the top the review, Candy Burst Mini is essentially the same sort of sweet as the original. The same bright and bold colours are utilised here, creating a sense of sugar with every spin. If you enjoy bright and colourful slot machines with plenty of bonuses and whatnot, then you will definitely find something worth spinning for in this one, we’ll tell you that for free.

Every symbol you see on the reels will offer something a little different depending on the symbol you match and the amount of symbols you’re combining in the same line. Like the original, high value symbols here include the gobstopper, four sweets in their wrappers (Creme Swirl, Toffee, Humbug, Everton Mint), cola cubes, liquorice and cola bottles; Q, K and A make up the lower values.

Just because this is a smaller version does not mean that the bonuses are taken out the bag, no! Wilds are once again quite a common entity in Candy Burst Mini, matching them in the winning lines will cause most of what you see on the board to be substituted, replaced with other bonuses and better icons just like that. Click for more! 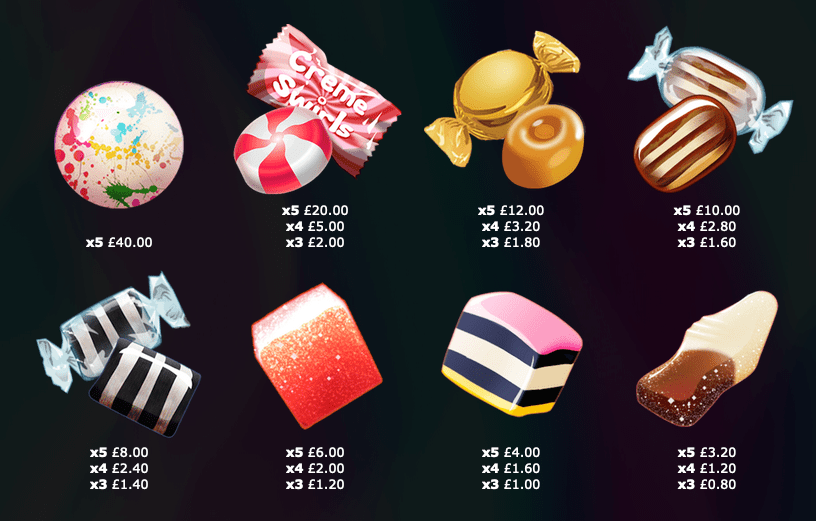 Candy Burst Mini might be a confusing one for those who have already played the original, but once you’ve tried it on your mobile then things should begin to make sense. For a smaller slot based on an already established game, Leander sure has done a great job in making it feel like a completely new title!

In our opinion there is room for both versions to exist in constant parallel, play Candy Burst Mini today! Nonetheless, if it is not your type of game, why not check out Boom Pirates slot instead?