So often, slots provide with us an opportunity to delve back into time for the sake of an intriguingly themed online fruit machine. Aztar Fortunes is an Ancient Greek inspired slot that trans-lates the theme into smart bonuses and well-designed symbols across the 5 reels and 20 pay lines that are on offer here.

There’s a heroic feel to this one as 3D graphics bring this adventure to life with mythological beasts to slay on your way to a winning befitting of your efforts.

Leander Games are the developers of this game and they are proving to be masters at creating best slot games online with some historical relevance. Some of their finest games have been set in the likes of Ancient Greece or the 14th century even, as they prove that there’s more to online slots than just your basic fruit machine.

Leander Games have the capability of producing some amazing graphics, too, as proven here in Aztar Fortunes with some stunning 3D graphics that you’ll find it hard to better anywhere else. Op-timised for all of mobile, tablet and desktop, their games are accessible for all gamblers, too, no matter how they play so, despite not being as big a name as the likes of Eyecon, their catalogue of online slots is definitely a strong one. 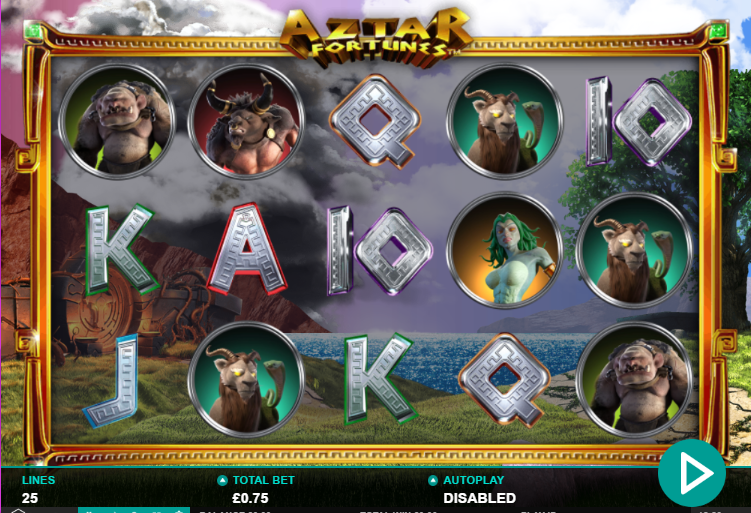 Visually, this is one of the stronger slot games that you’ll stumble across on your search for a per-fect slot and, playing the role of Aztar, a poor bloke living with the curse of a centaur, you’ll realise that this game comes with a real narrative to it.

To stop the curse, this half-horse man must defeat some of the most tough and fierce beats in An-cient Greek mythology and that’s no mean feat - but luckily you’re there to help him with your work on the reels.

The mission at hand is to match as many beast icons as you can as these act as the highest pay-ing symbols on the 5 reels. They also offer as wild symbols to create winning situations when per-haps you hadn’t been lucky enough to land one so, for all their ferocious traits, these beats are ac-tually quite likeable. You will want to work your way across all the beasts as you tally them up ac-cording to the icons that appear above the reels, so there’s a lot to think about here giving the im-pression of a game with more depth than you might expect from your average slot.

As for bonus features, Shoot the Beast, Beast Hunter, a free spins bonus round and a ‘Find Pan-dora’ trail game make for a switch-up from the base game that brings the main characters to life. They are as exciting as they sound, too, as 3D gameplay really sets these aside from your stand-ard slot game bonus feature. 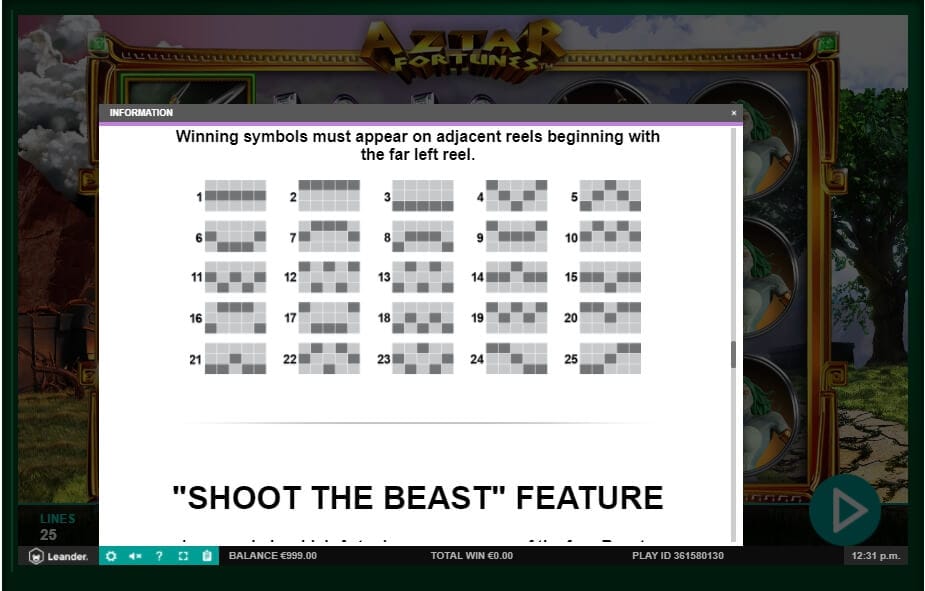 This is another example of how Leander Games can time travel to create a very original-themed slot game that is visually strong. Worth a play just to help poor Aztar get his human legs back. However, if you feel like removing more hands, why not try Ave Caesar!