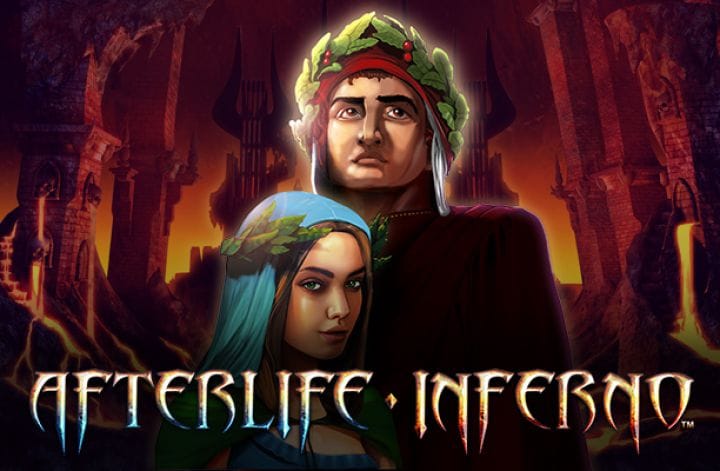 There’s an abundance of free spins casino slots out there, many of which play on some recurring themes (Luck o’ the Irish, Ancient Egypt, etc). But sometimes, developers really go the extra mile to make something quite original and that’s the case here in Afterlife: Inferno, a somewhat dark video slot that’s inspired by 14th-century literature from Dante Alighieri.

It’s a tussle between heaven and hell as you spin 5 reels and bet on 20 pay lines in an original themed slot game which translates it’s narrative into bonuses and iconography on your screen.

Leander Games are a developer who have a growing portfolio of online slot games, many of which boast some really impressive graphics and this is definitely one of those. You can almost feel the heat of the inferno on the screen. You can click here today to view more slot games by this developer.

Such an original theme and concept is something that Leander Games pride themselves on and they have a knack of delving into history to find some inspiration for their slot games. To fog for such a cultured piece of history is testament to them, as they look to provide far more than just a gamble for their players.

Rather, a strong narrative in the game and something a bit more compel-ling than just some spinning fruit - not that the classics aren’t still great, mind you. Learn more today by clicking this link. 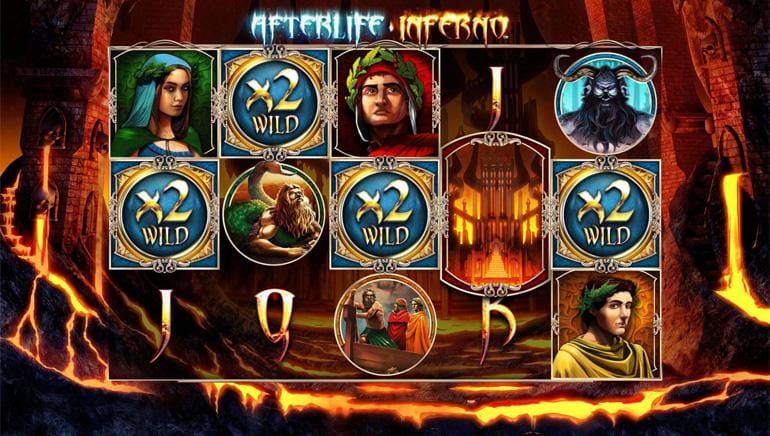 Visually, this is one of the stronger slot games out there as amazingly slick and smooth animations make for an almost cinematic play - especially when combined with the corresponding soundtrack. You journey through the underworld in this game so, as you’d expect, it’s something of a dark and twisted slot game - but that doesn’t mean you won’t skip away relatively unscarred if you pick up a win, here and play pay by mobile slots.

Dante Alighieri’s work of the Divine Comedy provides the inspiration, as mentioned, and this theme is translated into a slot game with some really original symbols and some bonuses, too. Fiery num-bers provide the lower paying symbols which, when you see an inferno filled ‘A’ on your reels, you will realise are this game’s answer to traditional playing cards. Elsewhere, really well animated characters provide the higher paying symbols whilst quite obviously marked bonus symbols pro-vide the chance to trigger the extra features.

The wild symbol in the game substitutes for all symbols to create a winning combo, except for the bonus and the scatter. When a wild has helped you to a win, that win will be doubled.

When Hell Freezes Over is a madly named bonus feature and, when triggered, up to 5 Wild reels will be added to the screen. After winnings are paid out, any Wild on the screen will become an en-tirely wild reel and your further reward is a respin with any wild reel frozen on the screen - not so fiery, now. Respins continue until there’s no more regular Wilds on the reels.

Hell’s Gate is the Scatter and if you land 3 or more of those anywhere on the reels, you will trigger the bonus selection screen where you can pick between Inferno, Purgatory or Paradise. It sounds an easy choice but they all have their perks. 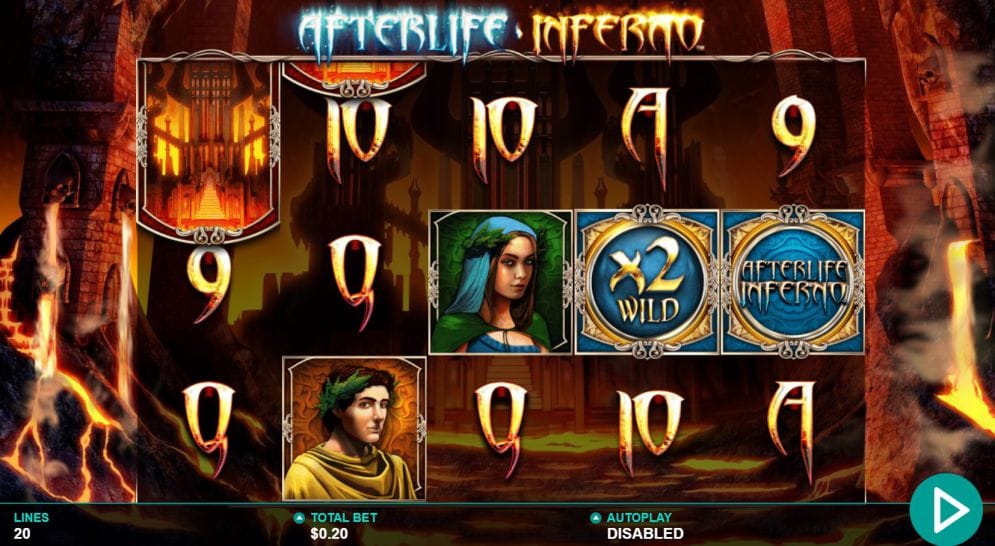 Without a doubt, this is one hell of a slot game. An original theme and some great bonuses make for a classic. If you enjoyed this game, you might also like to try Adventure Palace Slot.